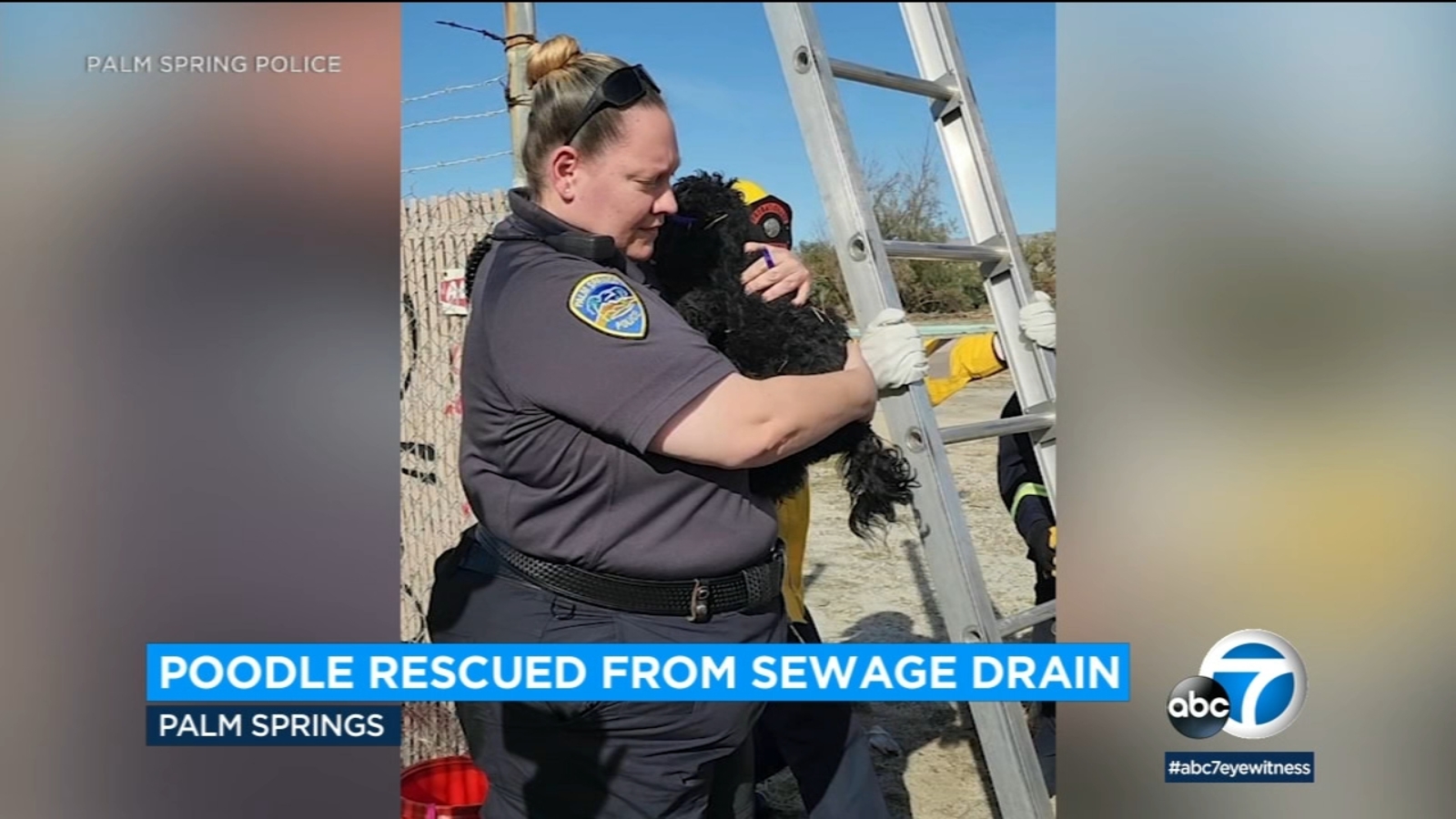 PALM SPRINGS, Calif. (CNS) — Firefighters and animal welfare officials rescued a poodle that fell down a sewer in Palm Springs on Wednesday.

Around 1:15 p.m. crews responded to the sewage runoff at the former Palm Springs Country Club on Whitewater Club Drive, according to the Palm Springs Police Department.

“Some kids in the area chased him and he fell about 20 feet into the opening,” police said in a statement.

Fire Capt. Nathan Gunkel of the Palm Springs Fire Department told the City News Service that crews stuck a ladder down the sewer and were able to save the poodle by 1:45 p.m

According to the police, the poodle had no tags and no microchip.

The male pup received medical attention and was then taken to the Palm Springs Animal Shelter.

“We hope this rescue leads to another rescue, to a happy home,” police said.