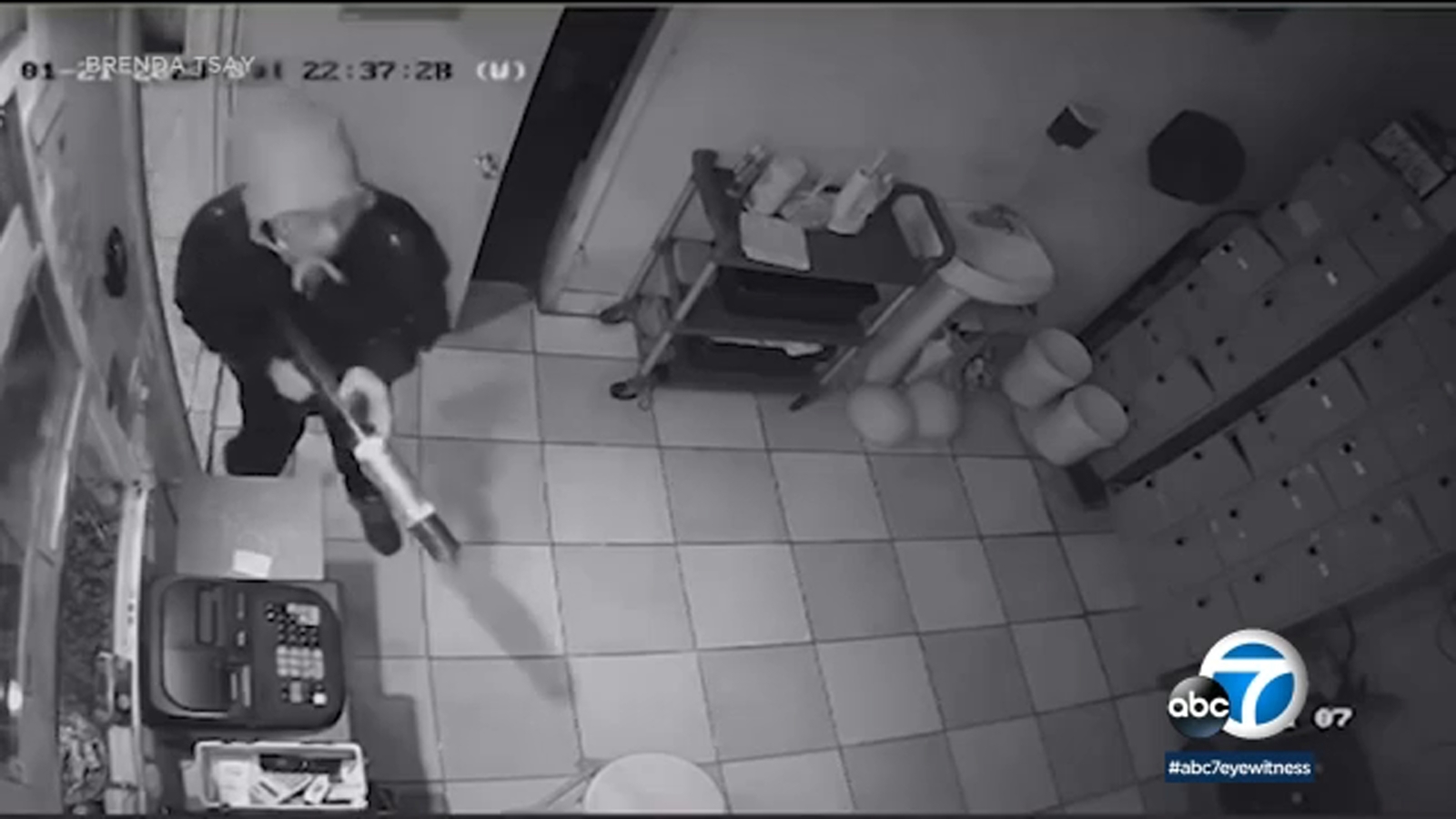 MONTEREY PARK, Calif. (KABC) — Shocking new surveillance footage showed the suspect in the Monterey Park shooting entering a small room in the Lai Lai ballroom & Studio at the Alhambra before being confronted and disarmed.

Police say the assault weapon used in the attack is unusual and was one of several high-powered weapons in Huu Can Trans’ possession that night.

In the video, Tran can be seen wielding an assault pistol with an extended magazine.

David Pucino, assistant chief attorney for the Giffords Law Center for Gun Violence Prevention, said it is illegal to buy or sell a MAC-10 in California.

“I will note that the pistol he used when shooting with that extended magazine is not common. It’s a very unusual weapon,” said Pucino.

He added that investigators need to find out when Tran got his hands on the gun.

“I will point out that there are legacy provisions in California law that allow persons who possessed this gun before it was originally banned to continue to possess it, so it is possible for the person to keep the gun for so long had his possessions,” Pucino said.

Luna described some of the items found during a search warrant at Trans’ home in Hemet. This included a .308 caliber rifle, hundreds of rounds of ammunition, and numerous electronic devices such as cell phones and computers.

There were also items that led investigators to believe Tran was making homemade firearm silencers.

“These are almost certainly illegal. In the United States, suppressors are regulated by a law called the National Firearms Act, which is the law that’s governed machine guns since the 1930s, and generally you can’t just go and produce those in your homes,” Pucino said.

He said suppressors, also known as silencers, would be fitted to the front of the guns to reduce the volume when fired.

“The suppressor makes it harder to identify through audio listening where these shots came from,” Pucino said.

Pucino said although California has the toughest gun laws in the country, many guns come from abroad.

“Many of the crime weapons used in California may be banned in California, but they are procured and imported outside of the state,” he said. “That’s because our gun laws end at state lines, but guns don’t.”

Luna said all weapons recovered so far require a forensic examination and additional investigations need to be conducted to determine where the suspect got the weapons.