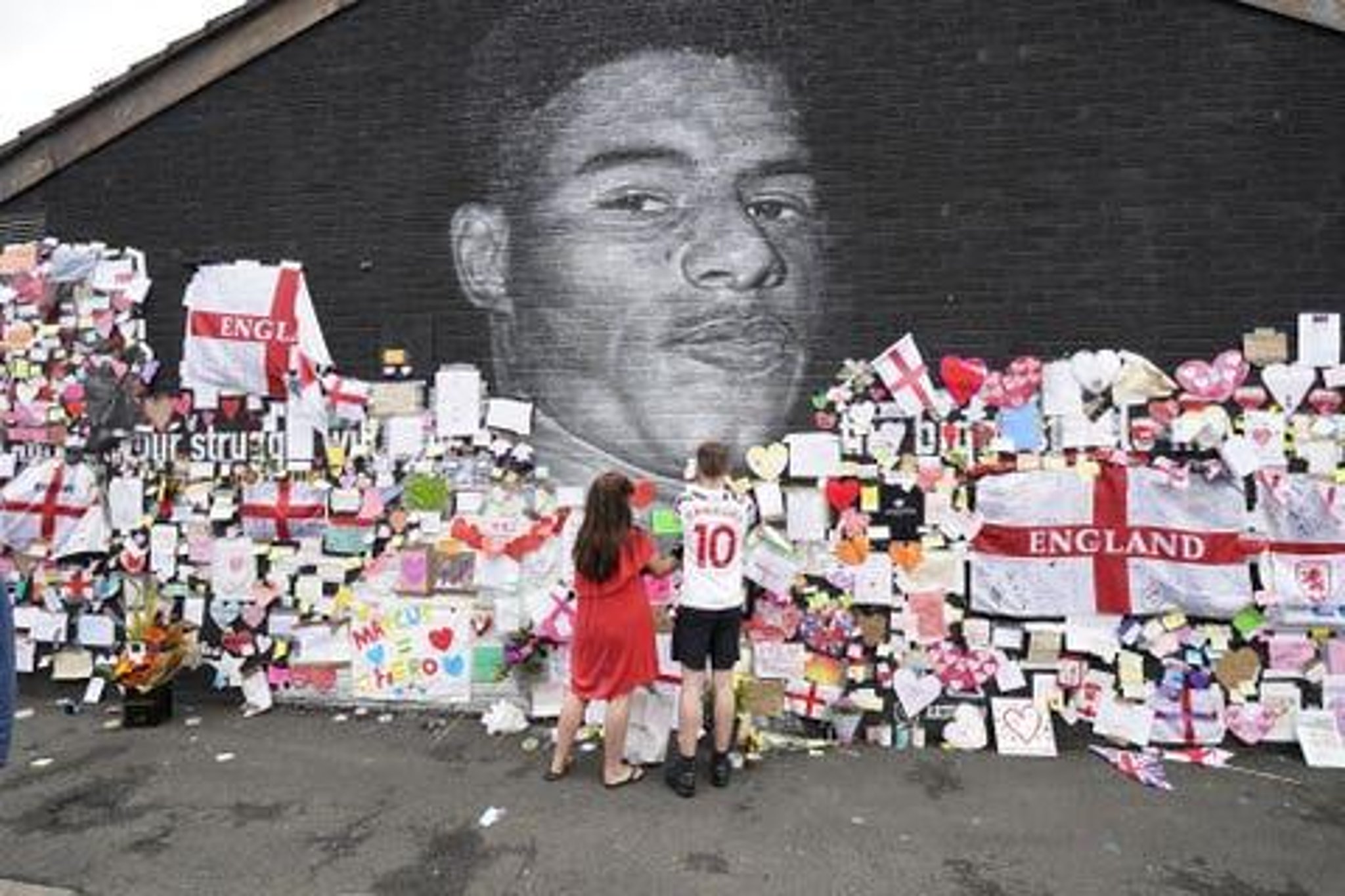 Police have released CCTV footage of a man they want to speak to about the vandalism of a mural by English footballer Marcus Rashford.

After England lost on penalties to Italy in the Euro 2020 final, no arrests were made for defacing the artwork in Withington, Manchester.

Rashford and his teammates Bukayo Saka and Jadon Sancho, who all missed penalties, received racial abuse on social media after the game on Sunday 11 July.

CCTV footage from that evening shows a hooded man behaving suspiciously near the mural on the side wall of the Coffee House Cafe.

A spokeswoman for the Greater Manchester Police Department said: “We have followed all available lines of investigation into the vandalism of a mural on Copson Street, Withington, following the European Championship finals earlier this July.

“Since the incident, the officers have carried out a variety of CCTV checks and now have footage of a man they would like to speak to.

“The footage isn’t the best quality, but it’s part of our effort to use whatever means we can to find who is responsible.

The mural was later covered with messages of support from members of the public and artist Akse P19 repainted his monochrome depiction of the England and Manchester United player.