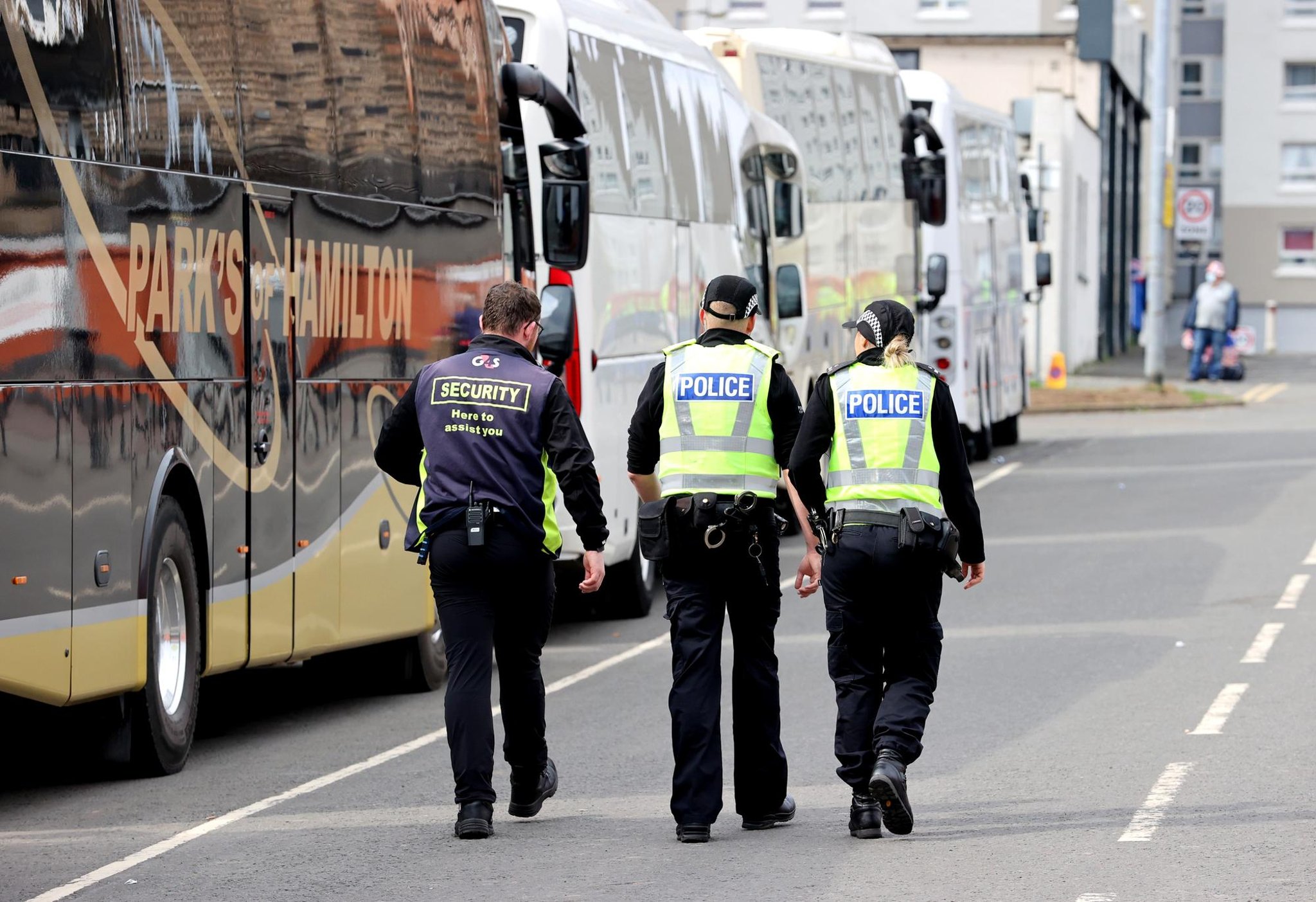 Glasgow police are investigating suspected anti-Catholic and sectarian signatures from a group of Rangers supporters escorted to Hampden ahead of the Scottish Cup semi-final against Celtic.

Footage appears to show fans chanting “F*** the Pope,” along with a variety of anti-Catholic and sectarian chants.

The police, who escorted the large group of Rangers fans to the stadium before kick-off in the interest of public safety, are now investigating, adding that all forms of hate crime and sectarianism are “completely unacceptable”.

Chief Superintendent Mark Sutherland, Divisional Commander for Greater Glasgow said: “The Scottish Cup semi-final between Celtic and Rangers at Hampden Park in Glasgow on Sunday 17th to ensure the game went off safely and with minimal disruption to the general public .

“Police Scotland had a reasonable plan to support the event and deal quickly with acts of violence, disruption and anti-social behaviour.

“Before kick-off, a group of Rangers supporters were escorted to the stadium. The focus of the police operation at the time was public safety and rapid removal from an area where there was a high risk of disorder between groups of fans.

“Video evidence was taken at the time and investigations are now underway into allegedly sectarian and anti-Catholic chanting by the escorts.

“Anti-Catholic and indeed all forms of hate crime is totally unacceptable and today’s events remind us once again of the ongoing challenges we have with sectarianism in some parts of Scotland.

“Police of Scotland obviously have to play their part in a broader and united response and I expect arrests will be made after today’s game.”