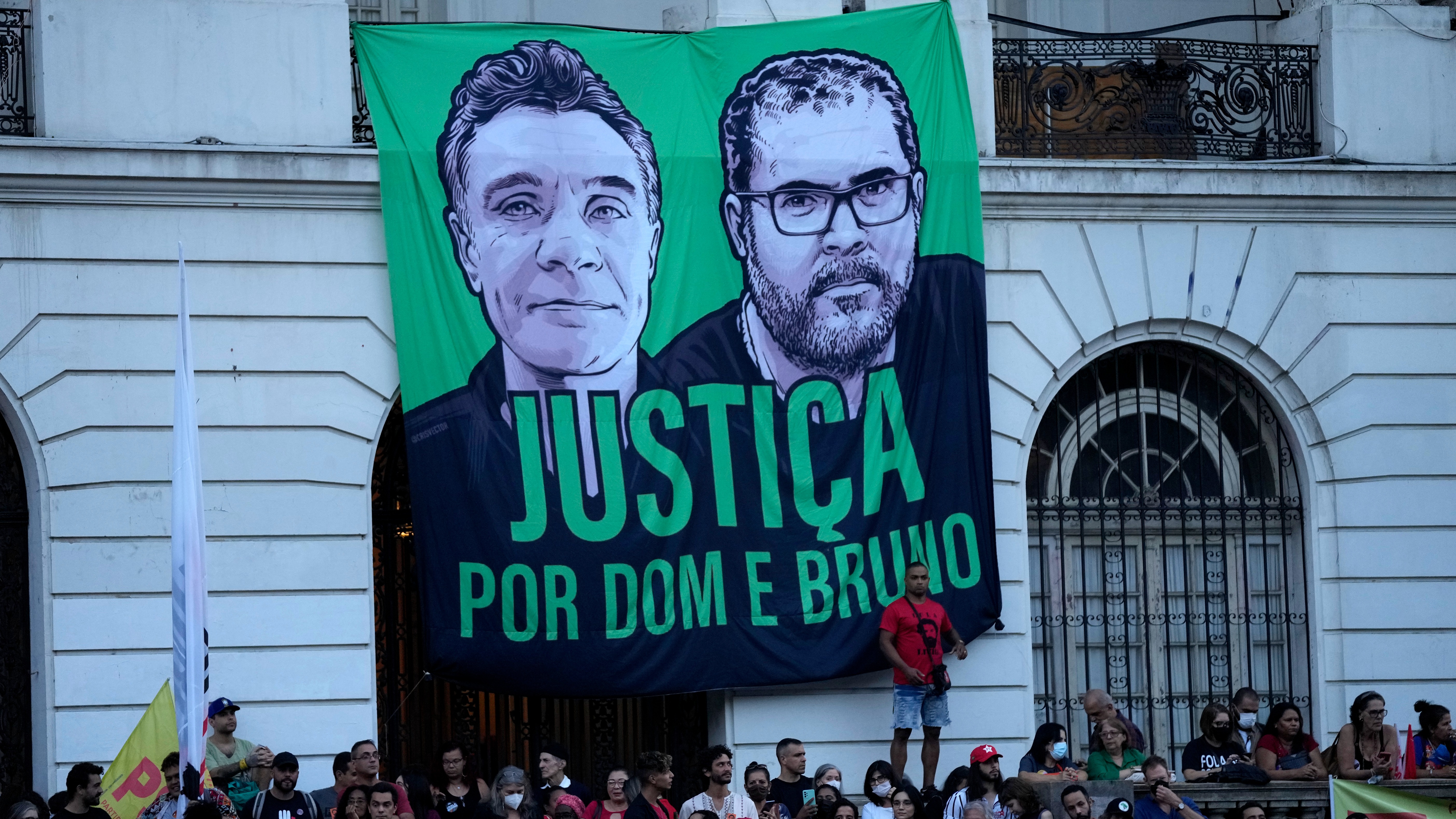 Ruben Dario da Silva Villar, a Colombian fishmonger, provided the ammunition to kill the couple, telephoned the confessed killer before and after the crime, and paid his lawyer, federal police officials said.

Villar has denied any wrongdoing in the case.

Prior to Monday’s announcement, he was already being held for using false Brazilian and Peruvian documents and running an illegal fishing program.

According to the investigation, he funded local fishermen to fish in the Javari Valley indigenous territory.

Fisherman Amarildo da Costa de Oliveira, nicknamed Pelado, confessed to shooting dead Mr Phillips and Mr Pereira and has been in custody since shortly after the killings last year.

He and three other relatives are accused of being involved in the crime. They all live in an impoverished riverside community between the city of Atalaia do Norte and the indigenous territory of the Javari Valley.

In a statement, UNIVAJA, the local indigenous association that employed Mr Pereira, said it believes other major planners were behind the killings, who have not been arrested.

Mr Pereira and Mr Phillips were traveling in remote areas of the Amazon when they disappeared and were last seen alive on June 5 on their boat on the Itaquai River near the entrance to the Javari Valley indigenous territory.

Their bodies were recovered after the confessions.

There has long been a conflict between indigenous tribes and poor fishermen hired to invade the Javari Valley to capture arapaima, turtles and deer.

Mr. Pereira, an official with Brazil’s Bureau of Indigenous Affairs, fought these invasions for years and was threatened several times because of his work.

Mr. Phillips wrote about Brazil for 15 years, for publications including The Guardian, The Washington Post and The New York Times. He preferred reporting on the environment, which became his passion.

The Bristol journalist was researching a book on how to save the world’s largest rainforest.