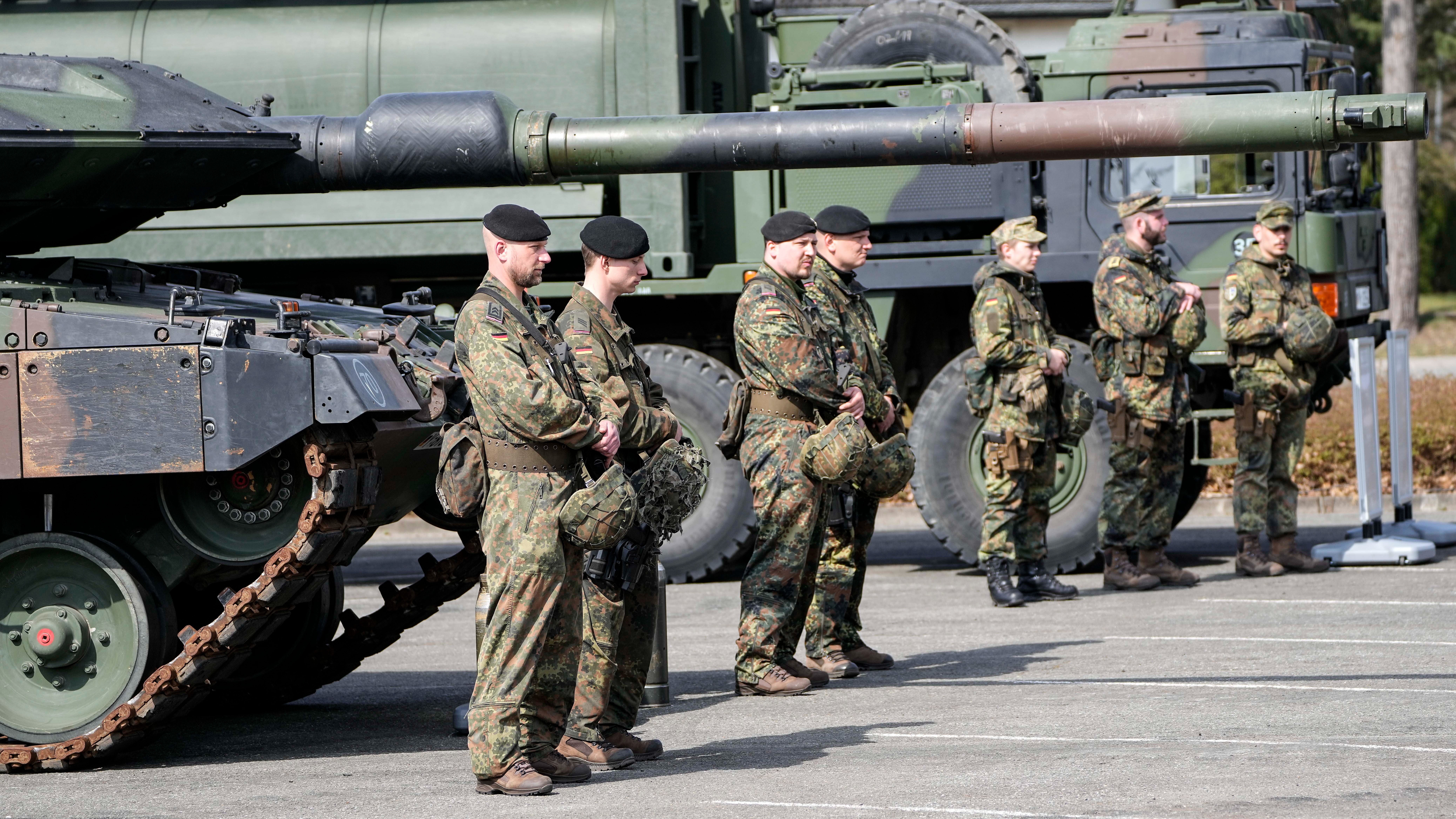 Polish Prime Minister Mateusz Morawiecki said while he intends to ask Germany for its approval, the request is “sideline”.

Germany has so far been reluctant to approve tank deliveries to Ukraine. But Polish officials took heart from German Foreign Minister Annalena Baerbock’s comments on Sunday that Berlin would not try to stop Poland from supplying Leopard 2 main battle tanks.

Prime Minister Morawiecki did not specify when the request will be made to Germany. He said Poland was building a coalition of nations ready to send the tanks to Ukraine.

Since the tanks were delivered to countries with export licenses, Germany could object to their re-export.

Poland has become a leading advocate in the European Union to provide military aid to Ukraine 11 months after Kremlin forces invaded it to prevail.

Germany’s hesitation has met with criticism, especially from Poland and the Baltic states on NATO’s eastern flank, which feel particularly threatened by Russia.

Although Berlin has provided significant assistance, it has been criticized for being slow to provide military hardware.

German government spokesman Steffen Hebestreit said it was important Germany didn’t take a “reckless” step it might regret, adding that a decision would not be rushed.

“These are tough questions of life and death,” he added. “We have to ask ourselves what this means for the defense of our own country.”

Asked how long a decision on sending tanks could take, Mr Hebestreit said: “I assume it’s not a matter of months now.”

The Ukrainian government says tanks, and the Leopards in particular, are vital to its war effort.

Earlier, Polish officials indicated that Finland and Denmark were ready to join Warsaw and send Leopards to Ukraine. Britain has agreed to send Challenger tanks. French President Emmanuel Macron said Sunday he had asked his defense minister to “work on the possibility” of sending Leclerc main battle tanks to Ukraine.

But Macron said a decision would depend on three criteria that also weighed on the minds of other Western leaders: that sharing equipment would not lead to an escalation of the conflict; that if the training period is taken into account, it would provide efficient and practical assistance; and that it would not weaken its own military.

Poland’s prime minister said on Monday: “Of course, these are not easy talks, but we will strive to break through this barrier of unwillingness in different countries.”

Ms Baerbock, Germany’s top diplomat, told French TV channel LCI on Sunday that Poland had not officially asked for Berlin’s consent to share some of its leopards, but added: “If we were asked, we wouldn’t get involved in the put away”.

Morawiecki said to Ms. Baerbock that “exercising pressure makes sense” and her words were a “spark of hope” that Germany could even take part in the coalition.

According to Morawiecki, Germany has “more than 350 active leopards and about 200 in storage”.

Poland wants to send a company of Leopard tanks, so 14 tanks, but they would make little impression in a war involving thousands of tanks. If other countries do their bit, the tank command could grow to brigade size, Warsaw calculates.

Berlin has shown caution at every step it takes to increase its aid to Ukraine, a reluctance believed to be ingrained in its history and political culture.

Kremlin spokesman Dmitry Peskov said recent developments regarding the sending of tanks from western Europe to Ukraine “signaled increasing nervousness among members of the alliance”.

Ukraine’s supporters pledged billions of dollars in military aid to Kyiv at a meeting on Friday at Ramstein Air Force Base in Germany. International defense leaders debated Ukraine’s urgent demand for the Leopard 2 tanks, and the lack of an agreement overshadowed new military commitments.

In Brussels on Monday, EU foreign ministers gave the green light to another €500 million package of military support for Ukraine, as well as funds to fund a training mission the bloc has set up for the country’s troops.

The money would be used to compensate EU countries for arms and ammunition they supply to Ukraine. A further €45m (£40m) will be paid this year for the 27-nation bloc’s military training mission.

Moscow, in response to pledges of sophisticated Western weapons to Kiev’s military, has stepped up warnings that an escalation could risk catastrophe.

“We have said on numerous occasions that escalation is the most dangerous path and the consequences can be unpredictable,” said Russian Deputy Foreign Minister Sergei Ryabkov. “Our signals are not being heard and Russia’s opponents continue to up the ante.”