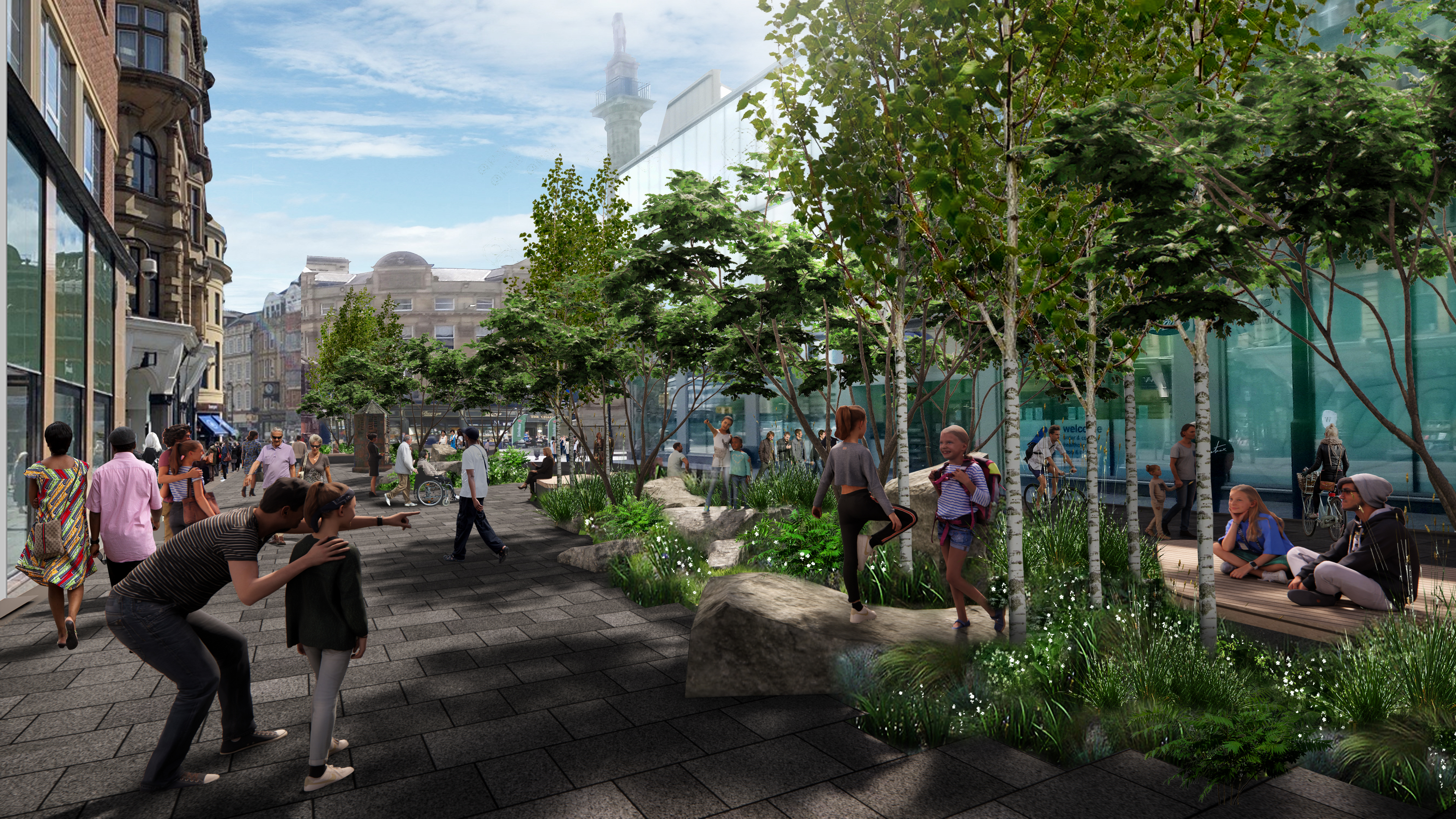 Proposals, which would have banned all traffic from Blackett Street, were shelved after a leadership change in Newcastle City Council.

A document due to be submitted to Cabinet next week said the plans would be “deferred until they can be fully funded and brought forward as part of a comprehensive package of measures to promote a connected, clean city”.

Earlier this year, Nick Kemp took over the leadership of the advice from Nick Forbes, after his deselection. The proposals were a key objective of the previous government.

The cabinet report states that a “revised, ambitious offer” is being drawn up to improve the bus and bicycle infrastructure and that “there is a political ambition to implement a central pedestrian zone with parks and green spaces that will make the city more family-friendly and child-friendly friendly match is still held”.

It said work on a pedestrian zone plan could begin “as soon as practicable after the redevelopment of the north block at Pilgrim Street”, the site of a new HMRC office complex due to be completed in 2027.

A council spokeswoman suggested the project could resume before then, when HMRC’s work would no longer affect surrounding roads.

Blackett Street was previously made car-free during summer events and for the city’s 2019 Christmas markets.

The plans for the pedestrian zone are divided. Supporters of the proposals say the move would encourage more eco-friendly travel, but concerns have been raised it would force buses into a loop around the city centre, affecting access for the elderly and disabled.

Bus company Stagecoach, which was the main opponent of the closure, claimed it lost 120,000 passengers when the road closed in winter 2019.

Of 700 responses to an online survey of the plans, 287 opposed them, 276 said they supported the proposals and 137 said they were undecided.

The council said it will now “work with bus operators and other stakeholders” on the revised plans, possibly including a new bus station in the city, but was “still ready to undertake public inquiries in the future”.

But the Cabinet report says the change in plans means some of the funding already secured for the project – including the Leveling Up Fund – will be “at risk” of being clawed back and will now have to be diverted to other projects.

Councilor Jane Byrne, who is responsible for transport on the council, said: “We are committed to reviewing city center proposals to ensure plans remain aligned with our environmental, climate and economic priorities. That review is now largely complete and, having also considered previous extensive feedback regarding transportation changes, we have deferred a decision to close Blackett Street to buses.

“This means we will no longer be conducting a public inquiry at this time. We believe it would be better to come up with a comprehensive proposal for the city center and look forward to working with residents, businesses and transport providers to achieve this.

“We remain committed to creating a more family-friendly city center that is easy and safe to get around, less polluted and with much more green space and biodiversity. We will post our updated proposals in due course, and everyone will have an opportunity to share their thoughts with us. Right now, our priority is to help local people through the cost of living crisis.”