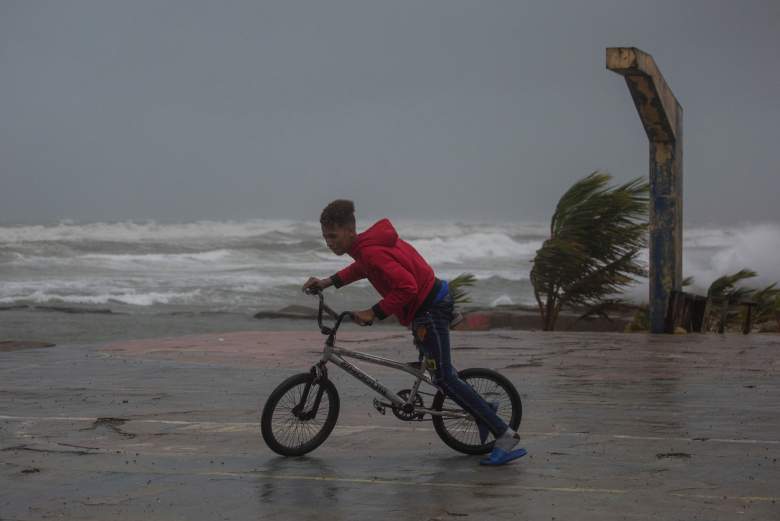 Photos and video from Puerto Rico and the Dominican Republic show the damage caused by Hurricane Fiona as it made its way north. Puerto Rico’s governor said in a news conference the Category 1 storm was “catastrophic” and left most Puerto Ricans without power today, Monday, September 19, 2022.

Downpours continue to hit Puerto Rico, causing major flooding and mudslides after the Category 1 hurricane made landfall in the Dominican Republic on Monday, according to The Weather Channel. Hurricane Fiona’s trail is heading north, toward the southwest Atlantic, The Weather Channel reported.

Reporters on the ground in Puerto Rico and local residents shared videos of Hurricane Fiona making landfall and photos of its aftermath on social media as most Puerto Ricans were left without power on Monday, September 19.

Photos by AJ+ showed a man walking through waist-deep flood water, a huge pile of debris along a street, and flood water swallowing much of the first floor of a house.

Author Frederick Joseph shared video of a river of brown water flowing through a neighborhood in Puerto Rico.

“All of Puerto Rico lost power due to Hurricane Fiona, but I’ve seen nothing but coverage of a funeral for Queen Elizabeth II. A travesty,” he wrote.

Another video showed large pieces of debris flying through the air, floodwaters rising rapidly and pieces of road hitting the ground.

“Hurricane Fiona has officially hit Puerto Rico and the entire island is currently without power, according to NPR,” one Twitter user wrote.

Hurricane Fiona devastated the southeastern coast of Puerto Rico on Sunday, September 18, 2022, where it “triggered landslides, destroyed power grids and ripped asphalt from roads and threw pieces around,” according to the Associated Press.

The AP reported that there were hundreds of rescue operations and evacuations as floodwaters rose rapidly.

“Rushing rivers of brown water enveloped cars, first floors and even a runway in the island’s southern region,” the AP reported.

Forecasters were expecting “historic” rain to continue through Monday, with up to 30 inches.

“The damage we are seeing is catastrophic,” Gov. Pedro Pierluisi said in a news conference, according to the Associated Press.

85-mph winds triggered a total blackout in Puerto Rico, and 90% of people were left without power Monday, according to Reuters. LUMA Energy reported that more than 1.3 million of 1.47 million customers tracked were without power as of 1:30 p.m. Eastern Time.

“LUMA has restored power to some circuits following an island-wide power outage caused by Hurricane Fiona, but limited information is available,” the report said.

Reuters reported that it is expected to take days to reconnect the 3.3 million electricity customers.