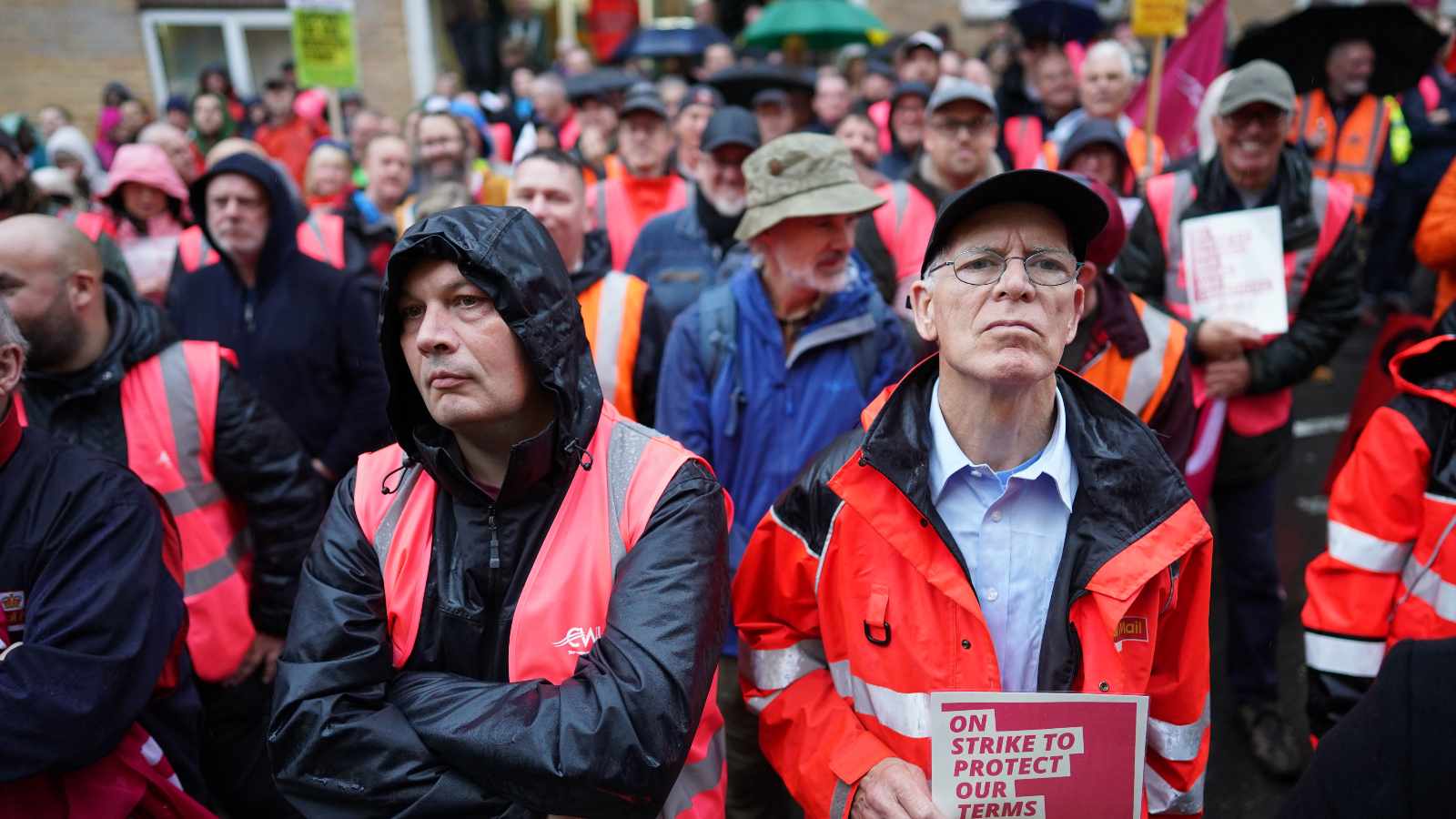 Pay rises in the public sector in line with rising inflation are “priceless,” Transport Secretary Mark Harper said, increasing the likelihood of a winter strike.

The cabinet minister said on Sunday there was “simply not the money” to meet the demands of workers preparing for industrial action, but hinted at progress in rail strike talks.

Hinting at a change in the bargaining mandate, Mr Harper said there could be wage increases if rail workers accept reforms, after holding “positive” talks with Rail, Maritime and Transport (RMT) union general secretary Mick Lynch .

Nurses will stage their first-ever strike action in the UK next month when they join transport and postal workers on pickets to argue over pay and working conditions.

Mr Harper told Latest Page News the country was facing a huge “made in Russia” economic challenge and insisted public sector workers had been offered wage increases that the government deemed affordable.

“We just can’t afford some of the huge raises that we’ve seen,” he said.

He told the BBC on Sunday with Laura Kuenssberg that rail bosses “will be able to reach an agreement” when asked if they have the mandate to properly negotiate with the RMT.

“But we need to be able to negotiate this package of reforms, because that’s the only way the savings will skyrocket,” Mr. Harper said.

A spokesman for Rail Delivery Group said: “We were clear that we wanted to strike a deal with the RMT that would deliver the long-overdue reforms the railroad needs to improve services and free up the funds for an affordable pay raise .

“As time is running out to avert the widespread Christmas disruption that would result from further industrial action, we need the RMT to call off the strikes and work with us to find a fair solution for our employees, our passengers and for the taxpayers.” to achieve.”

Those who hoped the strikes would end by Christmas, including TUC General Secretary Frances O’Grady, welcomed a “change of tone” from the government.

Former Conservative Party leader Sir Jake Berry said he had “real hopes” of a deal as he criticized Mr Harper’s predecessor as Transport Secretary Grant Shapps for making a “huge mistake” by failing at talks “not me boss” approach.

Public sector workers, like many in the private sector, are demanding significant pay rises lest they face real cuts as inflation soars above 11%.

Prime Minister Rishi Sunak has agreed to increase state pensions and benefit payments in line with inflation but said nurses’ demand for a 19% increase was “unaffordable”.

Members of the Royal College of Nursing (RCN) in England, Wales and Northern Ireland will resign on December 15 and 20 if the dispute is not settled.

Health Secretary Steve Barclay has urged the nurses’ union to “come back to the table” for talks but declined to talk about pay, instead wanting to talk about conditions such as pension rules, furlough, rosters and the availability of free coffee.

However, RCN General Secretary Pat Cullen said it was “negotiation or nothing”. She wrote to Mr Barclay over the weekend, saying: “When the negotiating table is empty we can see that you are not serious about progress.”