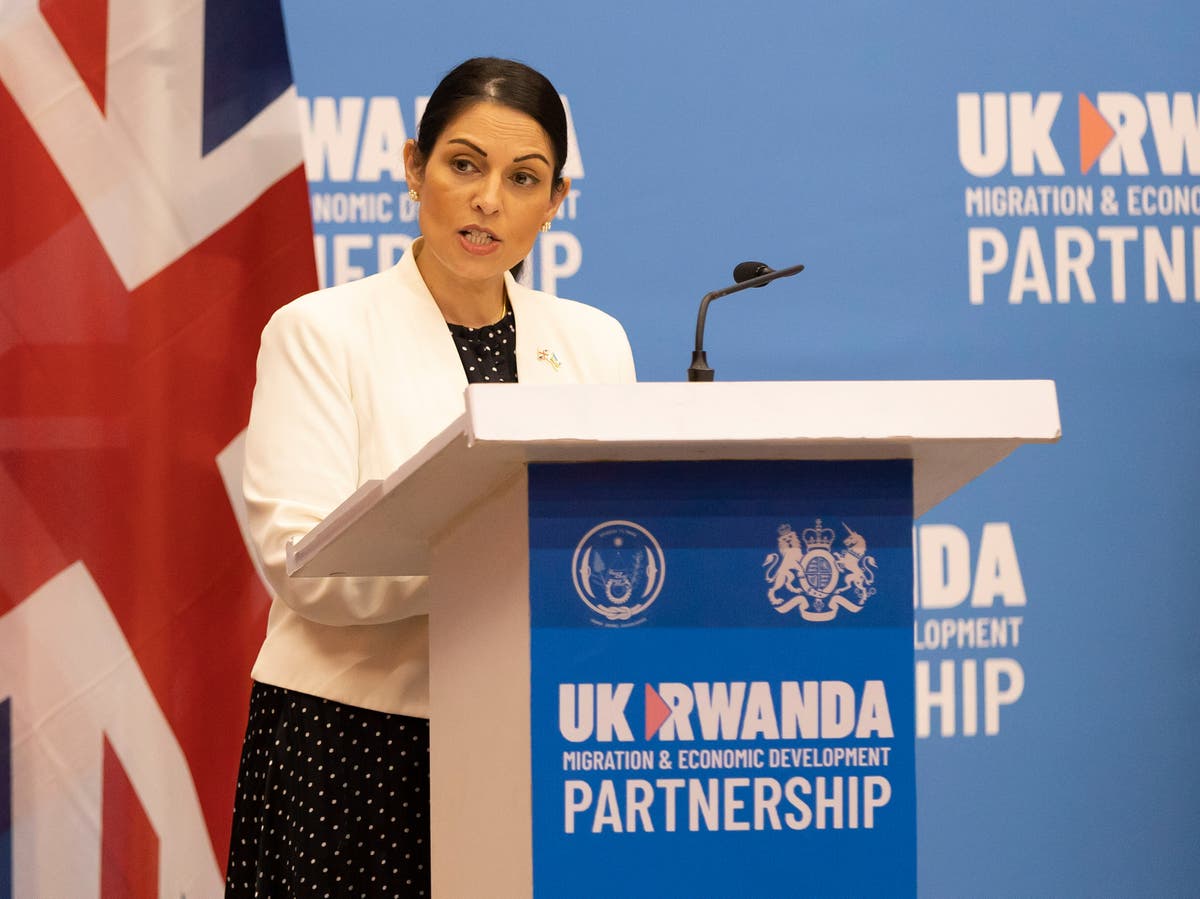 Priti Patel has repeatedly suspended the Home Office’s legal advice on immigration and asylum cases, increasing the cost to the taxpayer. LatestPageNews can reveal.

The department spent £35.2m on legal fees for lost cases and paid out a further £9.3m to people wrongfully held in immigration detention in 2020-21.

The figures are at their highest since the Conservatives came to power, having skyrocketed from £17.1m and £2.2m respectively in five years.

This was announced by sources from the Interior Ministry LatestPageNews that Mrs Patel and other Home Office ministers had repeatedly refused legal advice on individual cases.

Legal experts had identified clear cases where “the prompt settlement of cases offered the best value for the taxpayer and set the best precedent for bringing future cases to court,” a Home Office source said.

The revelation comes as the government prepares to spend an undisclosed amount sending asylum seekers to Rwanda after paying a £120million upfront payment for the deal, and an official warning from Home Office chief Matthew Rycroft follows, who said that the department was “unsure” if the program offered “value for money.”

According to Interior Ministry sources, lawyers working for the government had made clear in several instances when the department was likely to lose an asylum case. Such advice “has been overruled on several occasions,” they added.

A former officer said Ms Patel became “fixated on individual cases”, adding that she “considered the need for legal process or following protocols as an inconvenience”.

Interventions by Ms Patel and her ministers have slowed cases, wasted taxpayers’ money and led to more anti-government court decisions, they added.

The lawsuits came as figures released by the Home Office in its annual report showed a sharp rise in adverse legal costs incurred when cases are not decided in the government’s favour.

Asylum and immigration decisions are made on behalf of the Home Secretary, but the vast majority are delegated to officials who work under detailed guidelines set by the government according to its policy and the law.

Officials and lawyers may choose to bring particularly sensitive or high-profile cases to Ms Patel’s attention, but sources say it is unusual for ministers to intervene themselves.

The Home Secretary has the power to overrule legal advice and order cases even when it is deemed likely that the Home Office will lose in court.

However, the move is seen as “unwise” as it may entail significant additional costs, along with larger compensation payments if the plaintiffs win.

A 2017 investigation into the Home Office’s litigation costs by a regulator warned of “substantial” sums “being paid out to settle claims and compensate lost cases.”

The Immigration Service said there are lessons to be learned from lost cases, saying: “There are also risks to the reputation and functioning of the Home Office if claims are poorly handled and result in negative judgments.”

This was further corroborated by sources, who warned that interventions made against legal advice “could ultimately cost the Home Office a great deal of pain and money” while raising questions about the use of taxpayers’ money and legal appropriateness.

They said political interventions could also lead to further legal challenges if the Home Office’s decision-making is seen as irrational or inconsistent between individual cases.

Legal advice was rejected both ways, sources said, with ministers deciding not only to proceed with cases they were likely to lose, but also to concede where there was a chance of success.

The Home Office has lost a number of high-profile cases in recent months, including a challenge to a bride of Isis over having her British citizenship revoked. The woman concerned cannot be identified for legal reasons.

Lawyers for the Home Office have been summoned to appear before the Supreme Court later this month over an alleged breach of the Home Secretary’s “duty of honesty”. The hearing was prompted by the Home Office’s admission that it has an unlawful secret policy of confiscating phones from migrants arriving on small boats.

Judges said a legal “error” which led officials to believe it was a crime for asylum seekers to cross the English Channel in dinghies originated in the department and had not been explained.

A Home Office spokesman said: “It is right and proper that the home secretary and ministers should be interested, aware and involved in the day-to-day running of their department. Not surprisingly, running a government agency responsible for immigration, crime and national security isn’t a nine-to-five job.

“However, many of these claims are inaccurate. We always strive to offer the best value for money and we operate mandatory systems to ensure that all requests outside of normal working hours are fairly compensated and evenly distributed.”