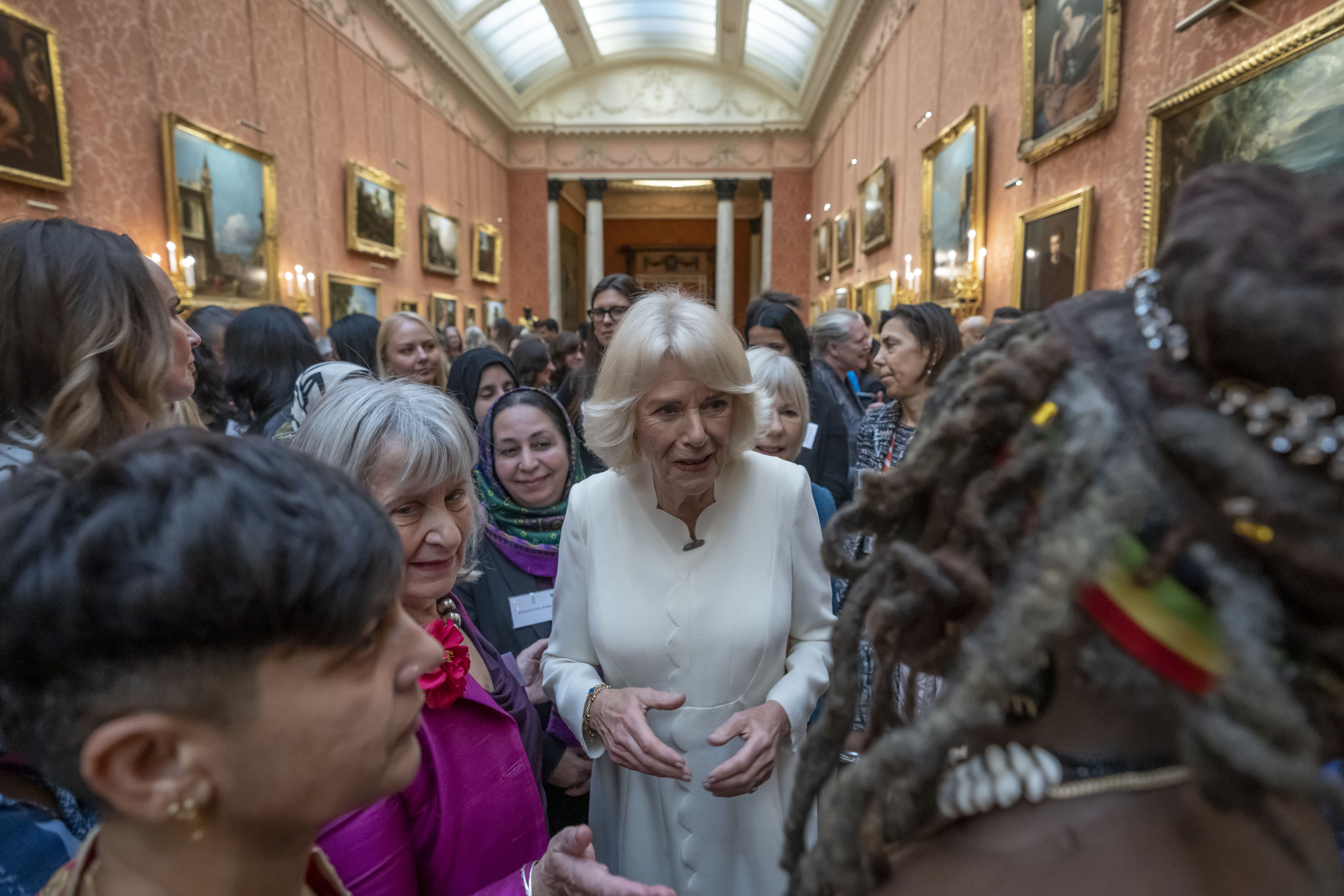 Ngozi Fulani, chief executive officer of Sistah Space, described the conversation as “hurting” and said the experience of Camilla’s big campaign against violence against women on Tuesday “will never leave me”.

Ms Fulani said a household member challenged her when she said her charity was based in Hackney, saying: “No, what part of Africa are you from?”

She described the full conversation, which she said took place ten minutes after her arrival, on Twitter, including the exchange: “Where are you from?”.

“Oh I see I’m going to have a challenge to get you to say where you’re from.”

“10 minutes after I arrived, an employee…walked up to me, tugged my hair to see my name tag. The following conversation took place. The rest of the event is hazy.”

She thanked Mandu Reid, leader of the Women’s Equality Party, and Suzanne Jacob, executive director of Safe Lives, for their support on the day.

Ms Reid, the first person of color to lead a national political party in British history, tweeted that she too had heard the exchange.

“I was there right away. I’ve witnessed it firsthand,” she said.

“We were at an event to celebrate our work.

In response to messages of support, Ms Fulani wrote: “It was so strange to be standing in a room full of people while this violation was taking place, especially as the event was about violence against women.

“This feeling of not knowing what to do will NEVER leave me. Almost alone in a room full of advocates.”

She said it was a “struggle to stay in a room where you got hurt”.

She expressed desperation at not being able to report the incident and said she felt she had nothing to say to Camilla.

“There was no one I could report this to. I couldn’t (sic) report it to the Queen Consort plus it was such a shock to me and the other two women that we were stunned and temporarily breastfeeding,” she wrote.

“I just stood at the edge of the room, smiled, and briefly engaged with whoever was speaking to me until I could leave.”

Ms Jacob tweeted it was “a terrible thing to happen and in a space that should have been nothing but love and celebration” and said she would raise it with the team who had organized for her to be there .

A Buckingham Palace spokesman said: “We take this incident very seriously and have immediately launched an investigation to establish all the details. In this case, unacceptable and deeply regrettable comments were made. We have reached out to Ngozi Fulani on this matter and invite her to personally discuss any elements of her experience if she so desires.

“Meanwhile, the affected person would like to deeply apologize for the pain caused and has resigned from their volunteer role with immediate effect. All members of the household are reminded of the diversity and inclusivity policies, which they are committed to uphold at all times.”

The affair raises serious questions for the palace, where an unnamed royal was accused by the Duchess of Sussex of racism against her unborn son Archie last year.

Meghan, the first multiracial person to marry a senior royal in centuries, said during her Oprah interview that one royal – neither the Queen nor the Duke of Edinburgh – expressed concerns to Harry about how dark Archie’s skin color might be before he was born.

The Queen issued a statement saying the issues raised would be dealt with privately as family but that “some memories may vary”.

Sistah Space said they would not name the household member, adding, “At Sistah Space, we want to raise awareness of this issue rather than shaming another person.”

Ms Fulani said a household member challenged her when she said her charity was based in Hackney, saying: “No, what part of Africa are you from?”