Outrage when moors burn on grouse weeks before Cop26 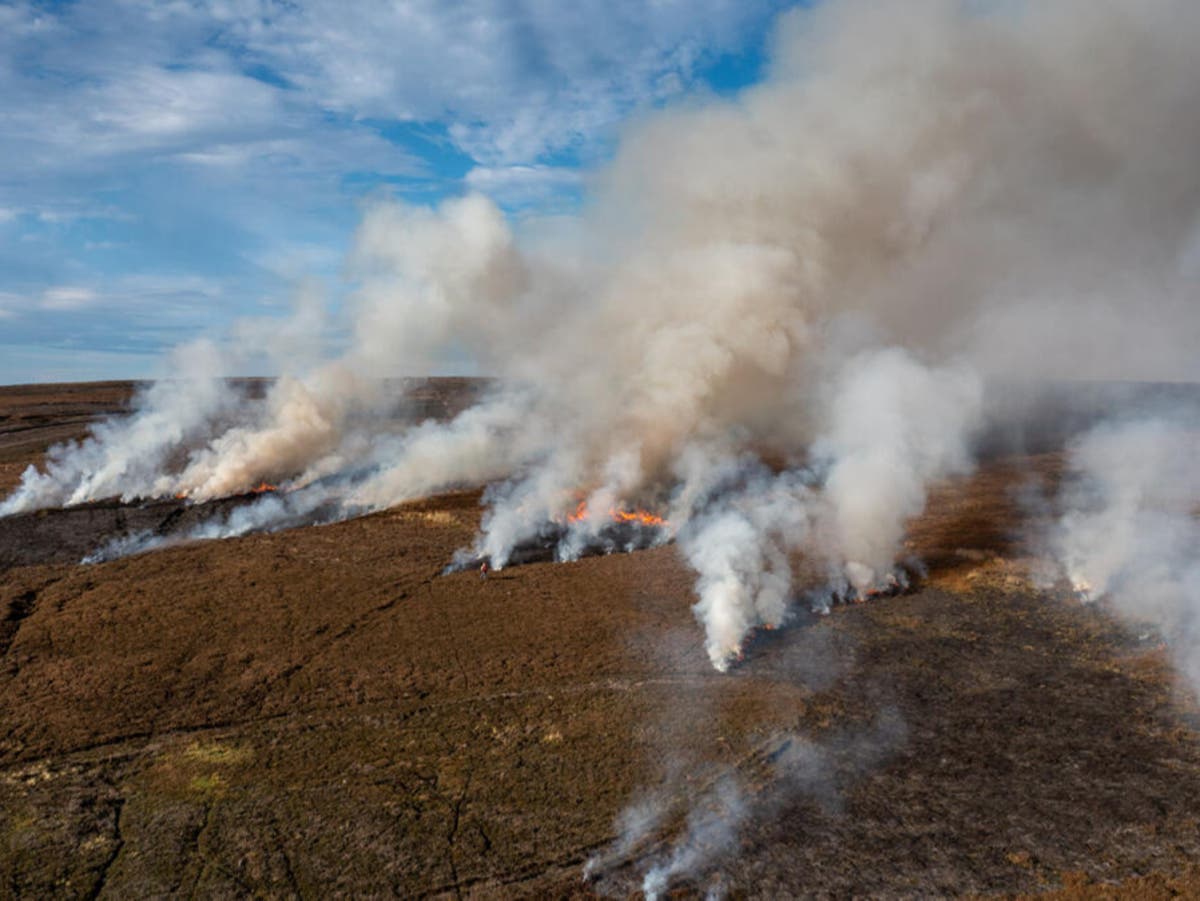 Less than three weeks from the UN Climate Change Summit Cop26, the UK government’s commitment to tackling the climate emergency is once again in the spotlight amid outrage over the “potentially illegal” burning of moors on grouse growing areas across northern England.

Over 100 fires in carbon-rich peat bogs were reported in four days, despite a state ban on the practice, conservation organizations claimed, which the groups said raises questions about the effectiveness of the law.

Moorlands have long been burned to encourage the growth of fresh heather on which black grouse are reared for shooting. But the practice was recently banned in order to preserve the world’s most threatened peat, despite the fact that it stores twice as much carbon as all of the world’s forests combined.

Burning not only exposes the peat to fires that can burn for a long time and release large amounts of climate-changing carbon dioxide, but also erosion, which flushes the peat into streams and rivers, leaving the land bare and unable to absorb water, increasing the risk of flooding .

Peat also provides nesting and feeding grounds for many waders and is an important habitat for rare insects and plants.

However, it is difficult to judge the legality of the burn, since burning without a permit is illegal on bogs with a depth of more than 40 cm in protected areas.

Dr. Pat Thompson, Senior Policy Officer at RSPB, said: “It is outrageous that we are watching our moors burn in the run-up to Cop26 in Glasgow, UK. This is the UK equivalent of rainforests in terms of both nature and carbon storage.

“Any burning on peat land destroys important vegetation and exposes the surface of the peat itself. This leads to erosion, both when the carbon in peat is released into the atmosphere and is carried into our rivers, leading to pollution.

“This process also reduces the ability of the bogs to slow the flow of water, which further exacerbates the problem. It also creates flooding problems in local communities further downstream, which we have seen in recent years. We are passing a turning point at these points, and this practice must stop. “

In a statement, the RSPB said it is demanding “permission to drive grouse shooting in order to better control what it sees as a form of intensive and harmful land management.”

Kate Blagojevic, Greenpeace UK chief climate officer, said: “Just a few days before Britain is due to host a major climate summit, our largest terrestrial carbon pool is on fire. And this is not a natural disaster, but a completely avoidable one that is caused when moor owners set their own land on fire.

“It is evident that government regulations are worse than toothless and that they have completely neglected this absurd practice that harms both the climate and wildlife.

She added: “A comprehensive ban should be put in place immediately, along with concrete measures to fully or heavily protect at least 30 percent of our land and seas by 2030 – anything else would be a major embarrassment for the UK government.

“There are better ways to welcome heads of state and government to a crucial climate summit than the sight of smoke and flames obscuring our largest carbon pool.”

The RSPB was recently launched a new app so that people report burns on bogs.