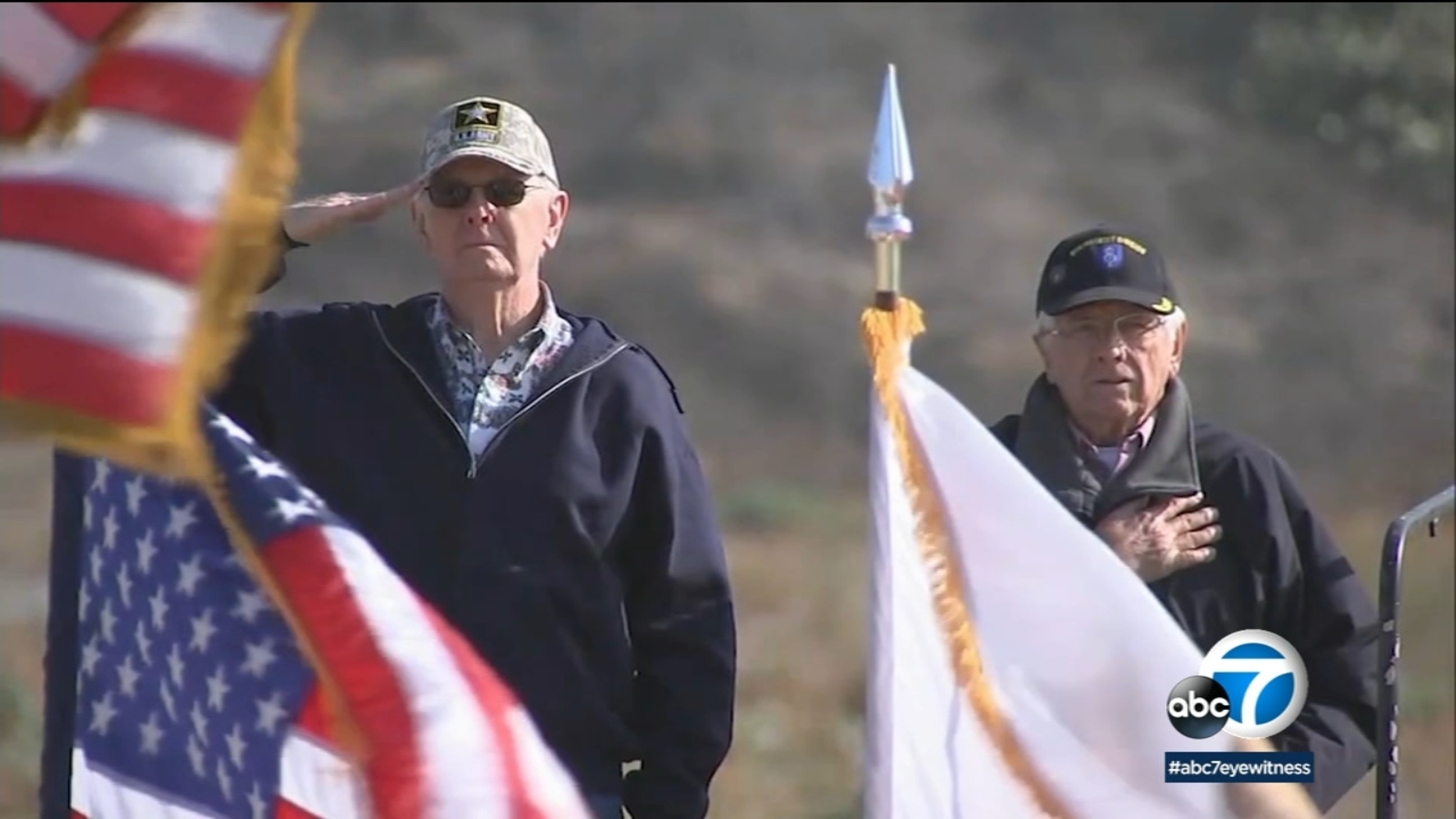 ANAHEIM, California. (KABC) — After more than a decade of community organizing, proposals, backlashes and legislative action, Orange County hoisted the flag over the future home of its first veterans’ cemetery on Wednesday.

When the project’s progress stalled at its originally planned Irvine location, state and local leaders once again teamed up with veterans to bring it to Gypsum Canyon in Anaheim Hills.

One of them was Sharon Quirk-Silva, a member of the California 65th District Convention.

“We’ve had our twists and turns, our ups and downs, and literally tears were shed trying to get this to this point,” Quirk-Silva said.

Don Wagner, a member of the Orange County board of directors, said raising the flag sent a clear message.

“With this flag behind me, we’re saying not just to the entire Orange County community, but to the entire Southern California community, ‘This is the place our veterans deserve. This is where we’re going to give, for the worthy graveyard they’ve needed for so long,'” Wagner said.

That’s because the closest veterans’ cemeteries in the area are in Riverside, Los Angeles, and San Diego counties — about 50 to 100 miles away.

This will stand on land donated to the county, on a 260-acre site adjacent to a new public cemetery.

State funding has already committed $24 million to this project, and federal funding may be on the way.

All present at Wednesday’s ceremony paid tribute to the veterans who have worked for this effort since day one to honor those who have and will sacrifice so much for our freedom.

Vietnam veteran and Veterans Alliance of Orange County (VALOR) member Bobby McDonald said it’s about not forgetting those who made the ultimate sacrifice.

“When we were up there, hearing the truckers driving by honking their horns and stuff like that — that’s what this is about,” McDonald said. “I mean for all my buddies that didn’t make it home from Vietnam, for all those Buffalo Soldiers and other members of the various ethnic organizations that fought for our country.”

The next phase of this project is a county-funded CalVet study to determine the viability of land for a cemetery.