Observe: Black rat snake found in a bag of popcorn at a Virginia store 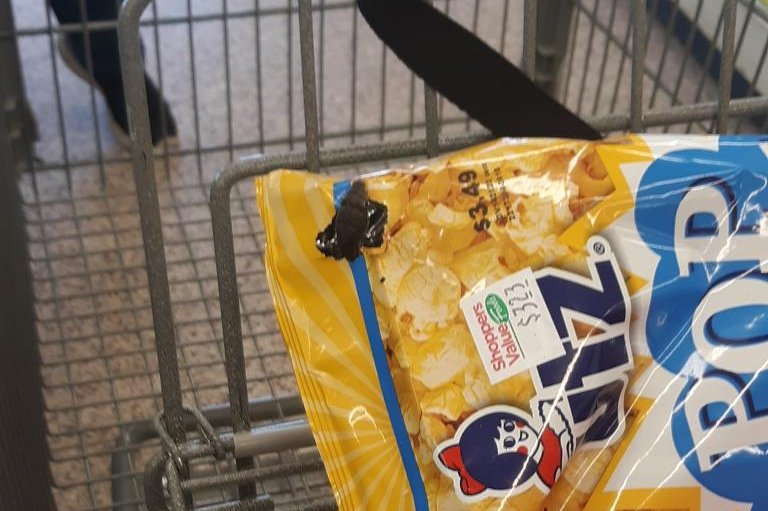 Kimberly Slaughter said she was at Shoppers Value in Kenbridge when she noticed a bag of popcorn had a hole in the top right corner.

Aug 1 (News) — A shopper at a Virginia store was carrying a bag of popcorn with a hole in it to the front of the store when a snake stuck its head out of the snack container.

“As soon as I went to put the bag in my basket to take it up front because they can’t sell it. The thing popped out, and you know, I was like, ‘Oh, well, hello,'” Slaughter told WTVR-TV.

Photos Slaughter posted to Facebook show the “thing” in question was a live snake.

Slaughter said the snake slipped out of the bag and around her wagon before going back into the hole.

“It was the full length of the cart,” said Slaughter. “But it had prime real estate.”

Shoppers Value manager Brian Stanley said the reptile was a small black snake. The snake was removed from the store by an employee.

Black rat snakes are native to Virginia but are not typically found in bags of grocery store popcorn.