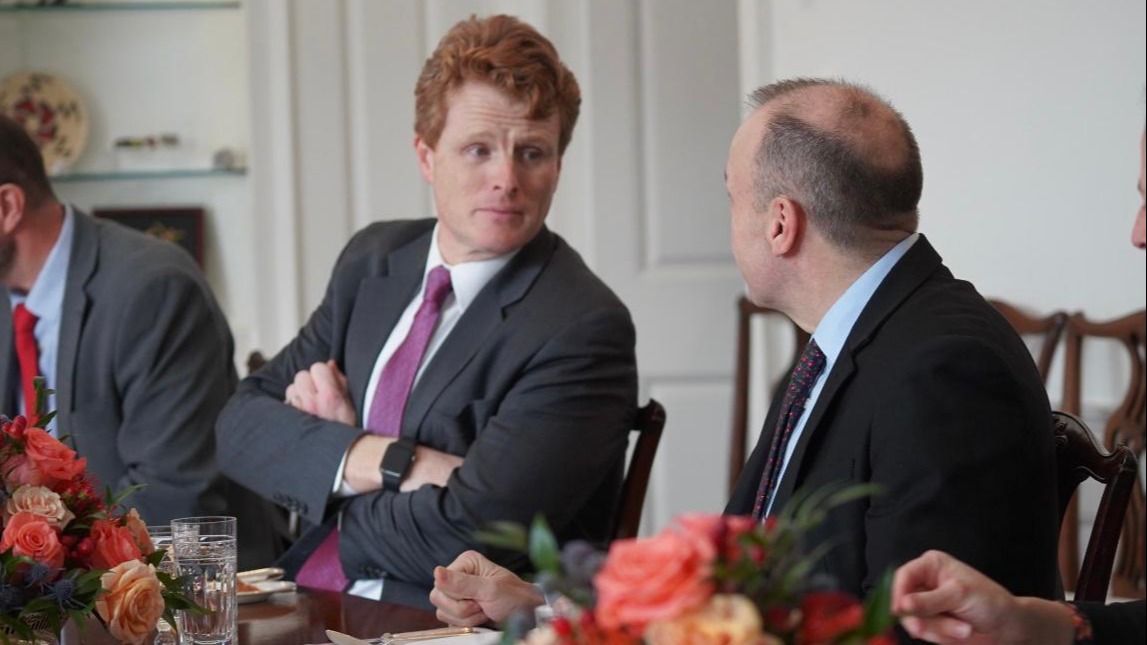 Mr Heaton-Harris is on a five day trip to the US for a series of meetings and to try to find investment opportunities for Northern Ireland.

On Tuesday he had his first face-to-face meeting with the US special envoy for Northern Ireland for economic affairs in Washington DC.

The two men discussed plans to celebrate the anniversary of the Belfast/Good Friday Agreement in the UK and US and ways to improve trade and investment opportunities.

Mr Heaton-Harris said they shared their views on how best to present the region.

“It was great to meet Joe Kennedy III in person for the first time and hear about his plans for the role of Special Envoy and his vision for Northern Ireland,” he said.

“Joe has been a vocal advocate for the prosperity of Northern Ireland and I have expressed the value of his support and partnership as we work together to further strengthen the NI economy.

“We exchanged views on how best to present Northern Ireland as a great place to live, work and do business, and how we can continue to attract US investment.

“We also spoke of the US commitment to the approaching 25th anniversary of the Belfast Agreement (Good Friday), an incredible achievement for Northern Ireland to which US support has been instrumental.”

Mr Kennedy, a member of the most famous Irish-American political family, was appointed US special envoy to Northern Ireland by President Joe Biden in December.

The 42-year-old former Democratic congressman is taking over the position, which had been vacant since January 2021, after Donald Trump’s envoy, Mick Mulvaney, resigned from his post.

From the way you have sex to what you should eat, spending just 6 minutes a day on these everyday tasks can benefit your...

From the way you have sex to what you should eat, spending just 6 minutes a day on these everyday tasks can benefit your...