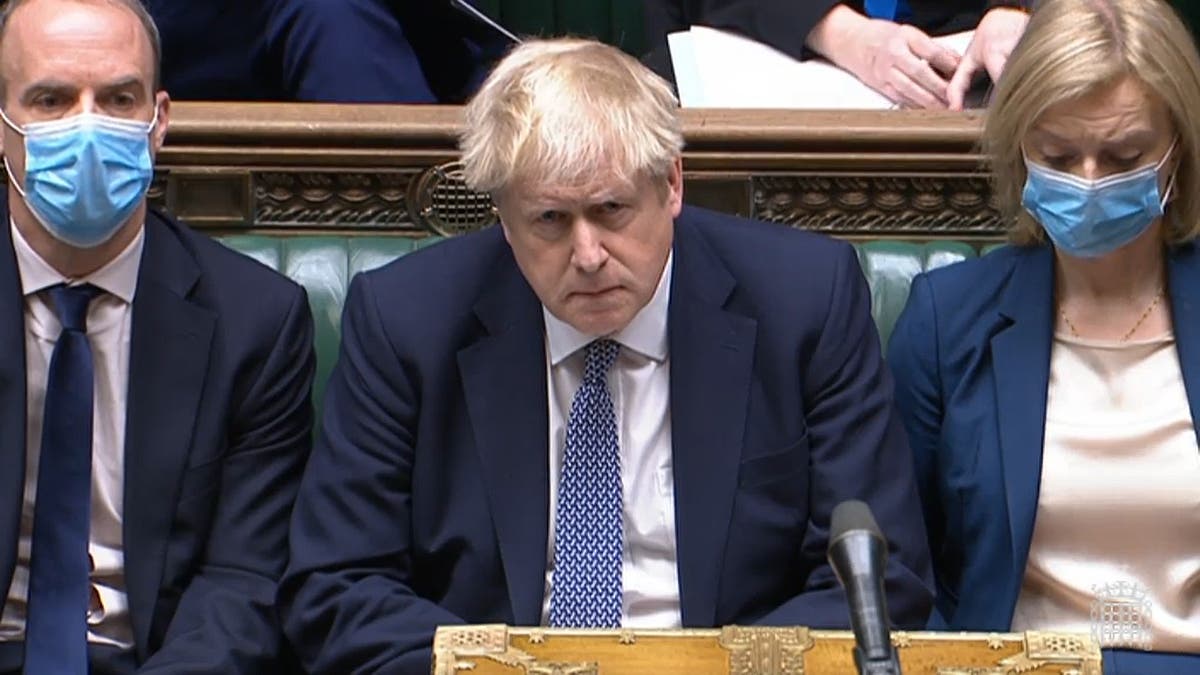 New allegations of rule-breaking at Downing Street have emerged amid reports Boris Johnson is looking to restart his leadership after a week of bruising.

The Prime Minister’s Government was forced to apologize to Buckingham Palace on Friday after it was revealed that two staff parties were held on the eve of the Duke of Edinburgh’s funeral.

Sue Gray, the senior official investigating the litany of claims about lockdown-busting parties in government, is said to have been “completely caught off guard” by the latest revelations, The Times reported.

The newspaper said the officer was concerned Downing Street staff were withholding information about parties from her after claims that staff had gathered after work on Friday for two events on April 16, 2021, which started separately and were later merged .

Witnesses said alcohol was drunk and guests danced to music, with one person with a suitcase being sent to a local shop to buy wine, according to The Telegraph, which first reported the allegations.

Meanwhile, more claims of regular “Friday wine season” gatherings surfaced in No 10 on Friday night while the coronavirus rules were in place.

The Mirror said the weekly events were a “long-standing Downing Street tradition”, including under previous governments, but they continued after Covid restrictions were put in place banning households mixing indoors.

The newspaper said staff had invested in a £142 drinks fridge to keep their bottles of alcohol chilled and the Prime Minister was keen to socialize.

A No10 spokeswoman said: “There is an ongoing investigation to establish the facts of the nature of gatherings, including attendance, scope and purpose in relation to compliance with guidance at the time.

Mr Johnson reportedly fought back after a tumultuous week, with The Times and Daily Telegraph both saying he was in touch with Lynton Crosby, the political strategist who helped get London mayor elected.

Mr Johnson will seek to get away from the so-called partygate by lifting Plan B measures such as the work-from-home guidance at the end of the month, the Telegraph reported.

The restrictions, intended to slow the spread of the Omicron variant of the coronavirus, are set to expire on January 26, subject to a review.

Leveling Up Secretary Michael Gove hinted there could be layoffs as part of a reshuffle at the top of the government but dismissed a suggestion that Mr Johnson should be one of those to leave.

Noting the need for Ms Gray’s inquiry to establish what was going on, the Cabinet Secretary told ITV News: “If there is a particular need for disciplinary action or for taking accountability, let’s do it, let’s do it quickly , but let’s also do it with all the facts in front of us.”

Mr Johnson continued to face criticism, including from those in his front seat, after he admitted attending a “bring your own booze” garden party at No 10 on May 20, 2020, which he understood to be a “work event”.

Pensions Secretary Guy Opperman said the Prime Minister “needs to change his behaviour” as he recalled that the same month some in No 10 “were not behaving appropriately” he was unable to support his children before they died.

He and his wife Flora’s newborn twins, Teddy and Rafe, died the next month.

Speaking to BBC’s Politics North programme, the Tory MP said: “I’m quite emotional because in May 2020 my wife and children were unwell and had to go to hospital.

“I couldn’t go there to support them.”

Meanwhile, Labor leader Sir Keir Starmer will use a speech on Saturday to put more pressure on the under-fire Prime Minister.

He is expected to tell the Fabian Society conference: “We are witnessing the broken spectacle of a Prime Minister mired in fraud and deception, and incapable of leading.”

Sir Keir will deliver his speech with his party enjoying a surge in the polls, with a poll finding Labor soared to their largest projected share of the vote in almost a decade.

A Savanta ComRes poll, the first voter intention poll since the Partygate allegations broke, put Labor at 42 points, up five, and Boris Johnson’s Tories at 32, down one.

The Daily Mail published a picture of Sir Keir – who first emerged in the spring of last year – sipping a bottle of beer while speaking to party staffers in an office while on the local election trail last year when indoor mixing failed was permitted unless this was the case for the work.

Labour, asked to comment, previously said the image was from a workplace event where Sir Keir and “a local MP” “paused for dinner as the meeting was in the evening”.