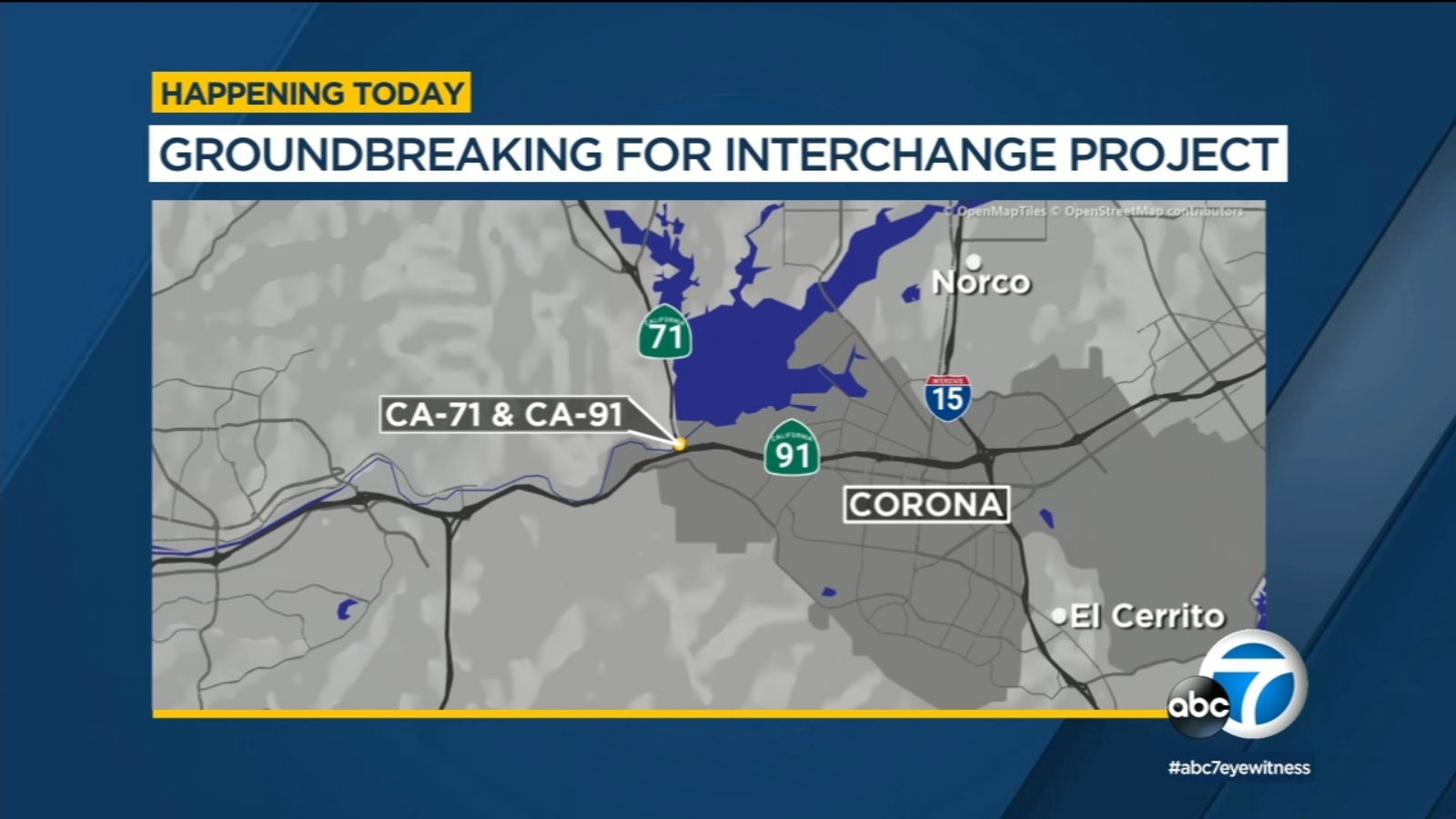 CORONA, California (CNS) — A groundbreaking ceremony on Thursday marks the start of a project to reconfigure West Corona’s 71/91 interchange with the goal of widening the passage to accommodate more vehicles and reduce the likelihood of accidents.

“The completion of this project will bring welcome relief to our residents, particularly those returning eastbound to Riverside County on the Riverside (91) Freeway in the afternoon hours,” said Robert Magee, chairman of the Riverside County Transportation Commission. “The project is another example of RCTC’s efforts to improve mobility in one of our busiest areas in the country.”

According to the RCTC, the $137 million project is scheduled for completion in 2025 and will involve replacing the current single-lane link from East 91 to the Corona (71) Expressway with a two-lane connecting loop that will allow for more vehicles to travel at once, reducing congestion.

“The project will also add an eastbound auxiliary lane 91 adjacent to the shoulder of the freeway and realign the eastbound Green River Road on-ramp 91 to the south,” RCTC said. “Crews will also slightly reorient the 71 southbound to make room for the new port.”

“Once completed, the new interchange will improve safety, with fewer lane weaves and rear-end collisions, expand access to other modes of transportation such as Metrolink trains… and improve traffic flow by replacing the single-lane loop with the two-lane direct link,” according to the agency.

A deer crossing will also be one of the other features of the redesigned interchange.

More than a third of the project funding – $58.1 million – is provided by California Road Repair & Accountability Act of 2017, which increased gasoline taxes to pay for infrastructure and other projects.

Revenue from the county’s Measure A, generated by a half-cent sales tax, also covers some of the expenses, while federal and other sources make up the difference.

RCTC said that as work progresses, regular weekend closures of the interchange will be required, and there will be regular night-time lane closures.

Updates on the project will be available here.