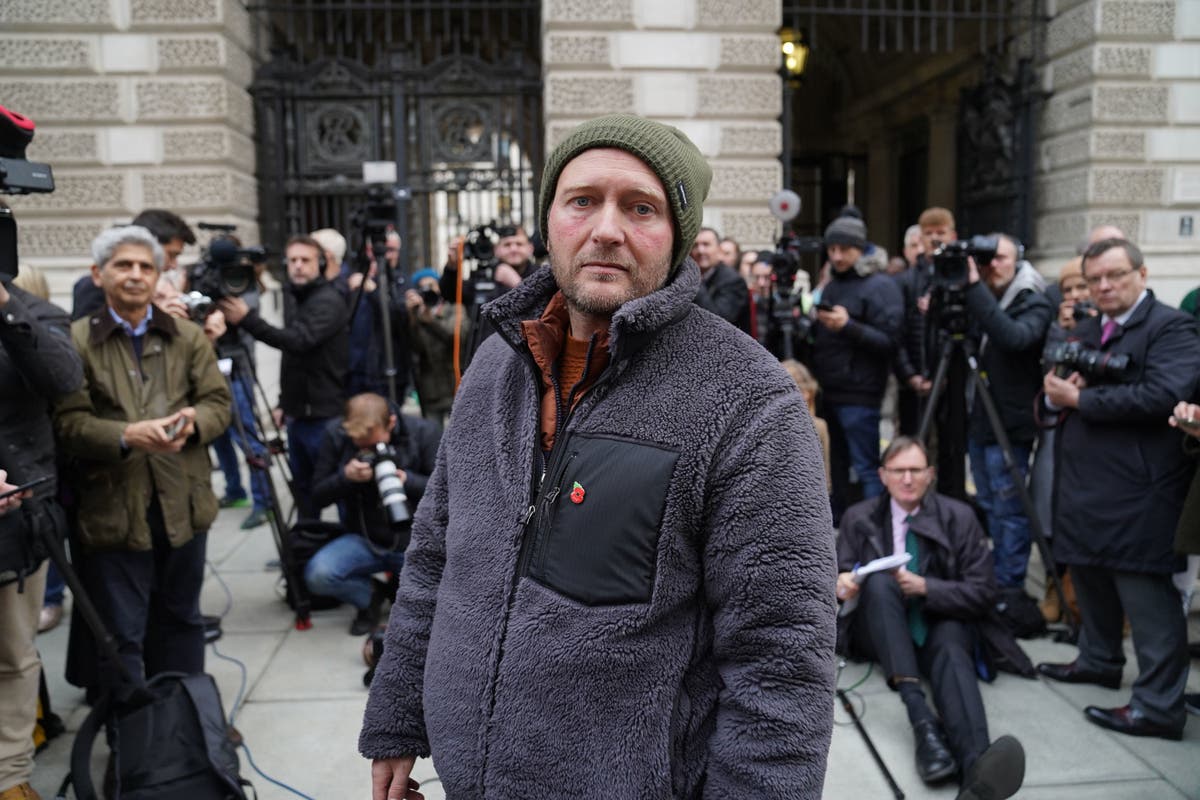 Imprisoned Nazanin Zaghari-Ratcliffe’s husband is said to end his hunger strike after 21 days.

Richard Ratcliffe refrained from eating as part of his long-running campaign to get his wife released from custody in Iran while camping outside the Foreign Office in London.

He said he would end his protest on Saturday on behalf of the couple’s daughter, Gabriella.

Announcing his decision on Twitter, he said: “Today I promised Nazanin that I would end the hunger strike. Gabriella needs two parents. Thank you all for your overwhelming care over the past three weeks. “

He said the protest, sparked after Nazanin’s last appeal in October was denied, would end at 1:30 p.m. before he went to the hospital for an investigation.

“Thank you for keeping our family in light,” he added.

Ms. Zaghari-Ratcliffe, a dual British-Iranian citizen, has been in custody in Iran since April 2016 after she was arrested while visiting the country and charged with conspiracy to overthrow the government.

She took little Gabriella to her family when she was arrested and sentenced to five years in prison, four years in Evin Prison and one year under house arrest.

According to her family, she has since been told by the Iranian authorities that she will be held still because the UK has failed to pay an outstanding debt of £ 400 million to Iran.

The government accepts the debt but has effectively stated that it cannot pay because of the banking sanctions against Iran.

Mr Ratcliffe met with Secretary of State James Cleverley on his hunger strike – but said he was “deflated” by the talks.

He said he did not feel that things had “progressed” and accused the government of failing to “give Iran a clear message that hostage-taking is wrong”.

It is the second time Mr Ratcliffe has gone on hunger strike after camping outside the Iranian embassy for 15 days two years ago – a move that led to his daughter being brought home.