NASA crashed a spacecraft into an asteroid to try to disrupt its orbit. It worked! 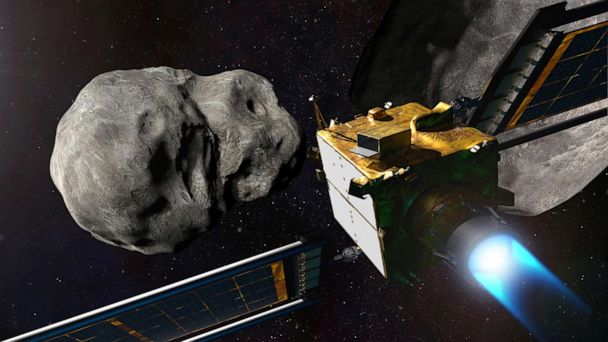 NASA successfully disrupted the orbit of an asteroid last month in a mission testing a strategy for defending against a potential asteroid en route to Earth, the agency said Tuesday.

The Double Asteroid Redirection Test (DART) spacecraft collided with an asteroid on September 26 after traveling about 7 million miles to reach its impact point.

At the receiving end of this collision was Dimorphos, a small asteroid that is the moon of a larger space rock, Didymos.

NASA confirmed that the collision altered Dimorphos’ trajectory by comparing the length of its orbit before and after impact, Nelson said.

Before impact, Dimorphos took 11 hours and 55 minutes to complete its orbit around Didymos. After impact, the orbit lasted 32 minutes less, Nelson said.

“It was expected to be a big hit if it slowed down just 10 minutes,” said Nelson. “It was a hit.”

At the time of impact, the refrigerator-sized DART spacecraft was traveling at 13,000 miles per hour, Nelson said.

The asteroid Dimorphos, which NASA says is the size of a soccer stadium, poses no threat to the planet in this case. But the mission aimed to test technologies that could prevent a potentially catastrophic asteroid impact.

Dimorphos, meaning “having two forms” in Greek, spans 525 feet or 160 meters in diameter.

The mission’s results show that this technique could be used to deflect a future asteroid toward Earth, Nelson said.

“We all have a responsibility to protect our home planet,” Nelson said. “After all, it’s the only one we have.”

“This mission shows that NASA is trying to be prepared for whatever the universe throws at us,” he said.

“That’s something we can be really proud of as an international endeavor,” he said. “I think our planet can feel a little bit safer for the future.”