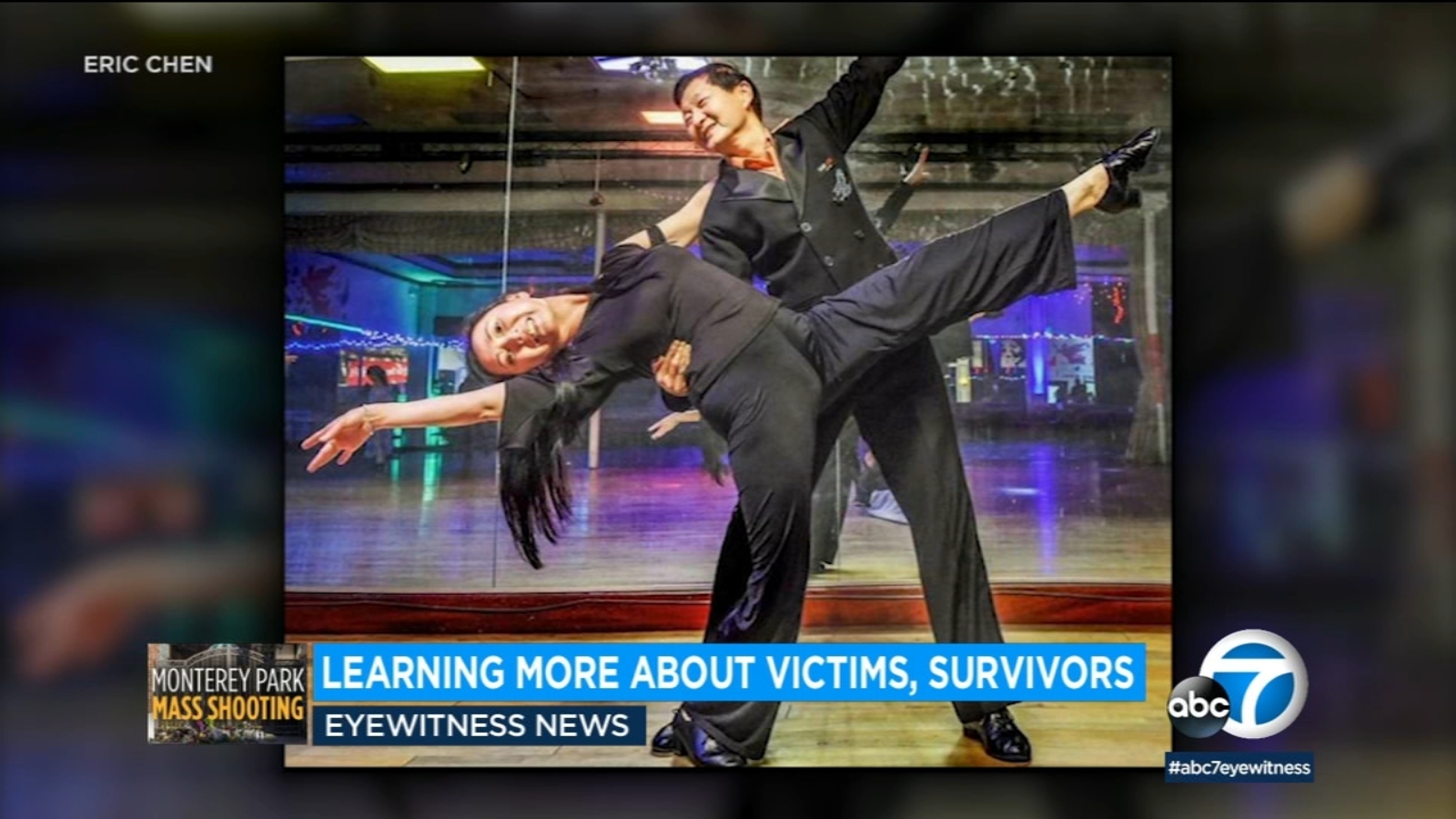 MONTEREY PARK, Calif. (KABC) — We now know the names of all 11 people who died in the Monterey Park mass shooting.

The victims were between 57 and 76 years old. There were six women and five men.

Here are their names as identified by the Los Angeles County Coroner’s Office:

Witnesses say about 50 people were in the dance studio when the gunman opened fire on Saturday night. In addition to the 11 dead, about nine people were injured in the shooting.

Friends say Ming Wei Ma, 72, was a dance teacher known for his patience and understanding. They say he gave his life to save others.

“Mr. Ma, who is well loved and respected in the dance community and has been for over 20 years — he tried to stop the gunman and he died,” said friend Eric Chen.

“Overnight we became involuntary members of a community mourning the loss of loved ones at gunpoint,” the statement said. “We’re frustrated and stuck in this vicious cycle.”

The statement continued, “Most importantly, Valentino is more than just a headline or a piece of news.”

“We wish [we] could let him [know] that we will all miss him for the rest of our days on this earth. We hope he danced to his heart’s content to the end and hope he’s dancing in heaven now.”

All families and victims affected by the shooting are urged to go to the Langley Senior Center at 400 W. Emerson Avenue where a crisis response team is located.

The video in the media player above is from a previous report.