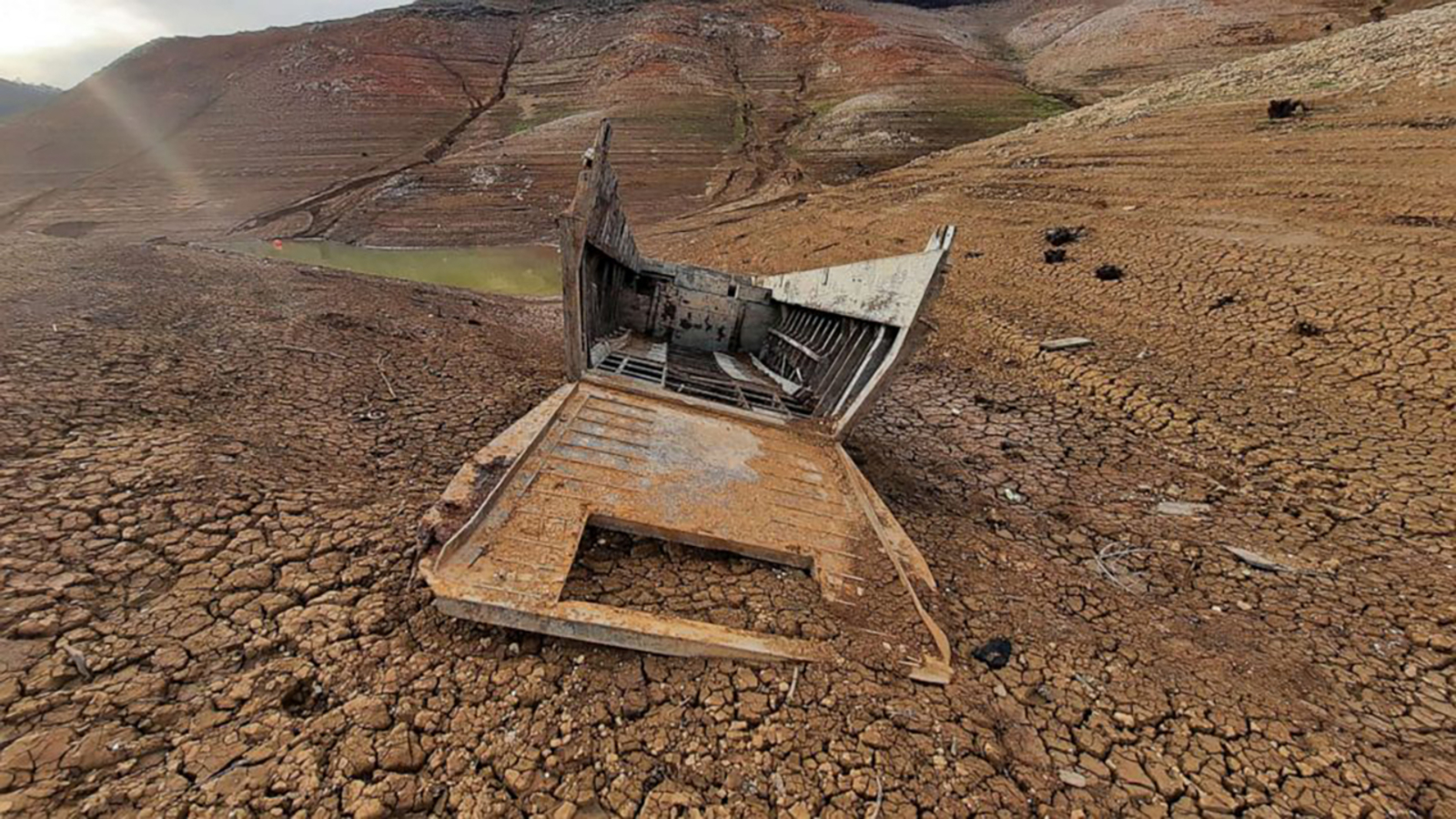 REDDING, California– A World War II-era boat has been discovered on drought-stricken Shasta Lake in California, the US Forest Service said.

The Shasta-Trinity National Forest shared photos of the ship, which it dubbed the Higgins boat, or “ghost boat,” on Facebook on Sunday.

Officials discovered the boat was marked “31-17” on its side, which the US Forest Service said was confirmation that the ship was assigned to the assault transport USS Monrovia.

The boat was also used as the headquarters for General George S. Patton during the invasion of Sicily in 1943, the Forest Service said.

“[Dwight D.] Eisenhower was also on this ship at the time and it continued for another 6 D-Day invasions in the Pacific,” it wrote on Facebook.

“It’s really remarkable how it has emerged from the lake with so many stories,” the forest service said. “Any ‘restoration’ is done to preserve as much of the boat’s integrity as possible and hopefully keep it in a weathered ‘battle-weary’ look, and so it is intended to be displayed in a Nebraska museum.”

How the Higgins boat sank remains unknown, but drought conditions in the western US have led to other discoveries.

In July, another Higgins boat surfaced on Lake Mead, Nevada, as the water receded as temperatures rose.

The ship was so deep below the surface that the National Park Service sent divers out to search for it in 2006.

These receding waters also led to the discovery of several bodies in Lake Mead. So far this year, five human remains have been found in Lake Mead, the country’s largest reservoir.