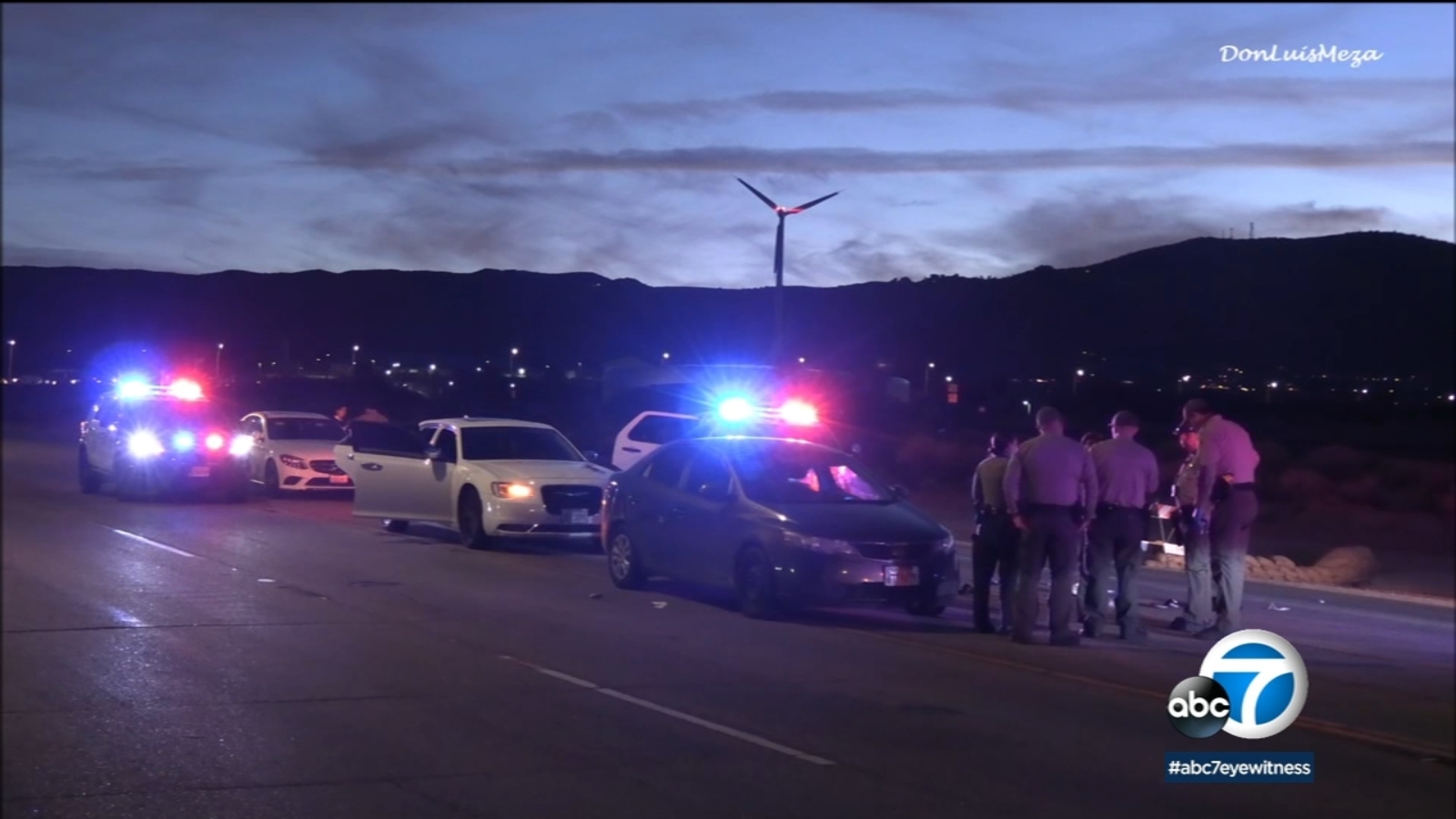 PALMDALE, Calif. (KABC)– A father is wanted as a murder suspect after his daughter’s 26-year-old ex-boyfriend was shot dead during an argument on a Palmdale street after the younger man allegedly chased his former girlfriend with his vehicle.

Deputies responded to a domestic violence call just before 5 p.m. Monday at the 37000 block of Sierra Highway, where they arrived to find Giovannie Gutierrez unresponsive and suffering from a gunshot wound, according to the Los Angeles County Sheriff’s Department. Gutierrez was transported to a hospital where he later died.

Witnesses said Gutierrez was in his car, a white Chrysler 300M sedan, chasing his ex-girlfriend, who was driving a gray compact car, the sheriff’s department said in a press release.

“During Gutierrez’s pursuit of his ex-girlfriend, the two cars collided at least once,” the statement said, before both vehicles pulled up in the middle of Sierra Highway north of Avenue S. Gutierrez and then allegedly attempted to force his way through the car his ex-girlfriend when she sought help from family members who had called 911.

When Gutierrez attempted to get into her vehicle, a white Ford Ranger pickup arrived at the scene, investigators said.

“A passenger exited the Ford Ranger, approached the victim Gutierrez and shot him once in the head,” the press release said. “The shooter has been identified as Jose G. Mendoza of Little Rock.” Mendoza, 59, is the father of Gutierrez’s ex-girlfriend.

Surveillance video later showed Mendoza at a sheriff’s station, presumably to report himself, before turning and leaving. He remained at large on Wednesday.

Mendoza is described as Hispanic with black hair and brown eyes. He is 5 feet 6 inches tall and weighs 140 pounds. Mendoza is believed to be armed with a semi-automatic pistol and should not be approached, authorities said.

Anyone with information about the incident is urged to call the Sheriff’s Homicide Office at (323) 890-5500.