MP warns poor landlords after Awaab death: ‘This government is coming for you’ 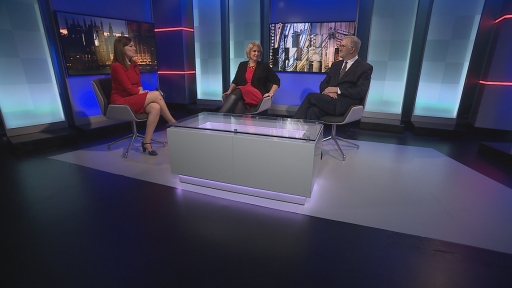 Katherine Fletcher, the Conservative MP for South Ribble, said after the Granada Debate inquiry that landlords who fail to properly maintain their properties are now being targeted: “Michael Gove has written to all social housing landlords, be this council done or residential groups.

“There are some great ones in my patch. But he made it absolutely clear that this will happen now and we will give residents a voice.

“They shouldn’t be on their own and there will be a full framework to support them.”

“If they can show they are doing a good job, we will help them expand and grow. The message that everyone should take away is that if you have moldy, damp homes, this government will come for you.”

Bootles Labor MP Peter Dowd, who also appeared on the show, agreed that a message needs to be sent that “it is unacceptable for anyone to have to live in this type of accommodation”.

During the November edition of the Granada Debate, the panel discussed a range of issues that have impacted the region during Rishi Sunak’s first month at Downing Street.

On the budget, Ms Fletcher said she felt that in the circumstances of the aftermath of Covid and the war in Ukraine, Chancellor Jeremy Hunt got his autumn statement broadly correct; She added she was pleased to see a commitment to support public services.

Mr Dowd said he welcomed any funding for the NHS, schools and public services, but added: “Government was unprepared for some of these shocks and there needs to be a completely different look and way of looking at the economy.”

The final topic of discussion revolved around the use of hotels to house asylum seekers in the North West while they await the hearing of their applications. MPs from across the political spectrum have urged the Home Office to better manage the situation.

Ms Fletcher said using hotels to house people is an “emergency measure” which is exacerbated by the sheer number of people arriving in the country from overseas.

She went on to say they need to destroy the business model of the smuggling gangs that help people cross the English Channel.

Highlighting the problem of local authorities not being involved in decision-making when it comes to housing asylum seekers, Mr Dowd said: “The problem we have is that there is a Westminster approach where they Sending people where it may be inappropriate for them to go.

“The most important thing is that it needs to be better planned and there hasn’t been any planning at this level before.”

Katherine Fletcher agreed with Peter, saying there needs to be community approval before housing people in an area, but she has received reassurances that the housing hotel situation is only a temporary measure.

Ahead of the debate, Asylum Link Merseyside’s Ewan Roberts said: “One of the better things people could do is to allow asylum seekers to work on arrival so that they are less of a burden on the state.