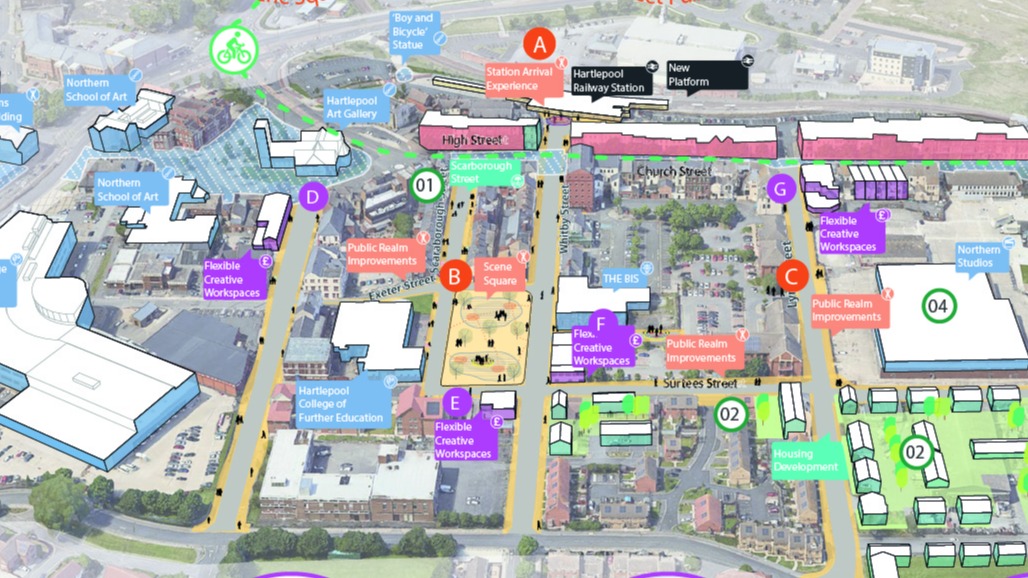 The cash boost is part of the government’s Leveling Up Fund’s second round of investment.

Prime Minister Rishi Sunak announced £2 billion for more than 100 projects across the UK.

Hartlepool Borough Council says the proposed location in the area of ​​Lynn Street and Whitby Street will act as a catalyst for further development of the town’s film industry.

It is hoped that it will build on existing creative facilities at Northern Film and TV Studios and BIS.

The remodeling will require the demolition of some existing buildings to make room for post production, back office and broader screening industry support services.

Councilor Shane Moore, Chair of Hartlepool Borough Council, said: “This project has the potential to completely transform this part of the town center with tremendous benefits to Hartlepool and its residents as a whole.

“It will enable us to develop a thriving display industry sector, attract foreign investment and create a range of new job opportunities for local people.”

The Leveling Up Fund is part of the Government’s strategy to tackle economic disparities between regions in the UK.

The Prime Minister said: “By investing more in local areas, we can grow the economy, create good jobs and spread opportunity everywhere.

“That’s why we’re supporting more than 100 projects with new transition funding to improve local communities across the UK.

“By reaching even more parts of the country than we have done before, we will build a future filled with optimism and pride in the lives of people and the places they call home.”

However, Labor has accused the government of running a “Hunger Games-style competition, pitting communities against one another”.