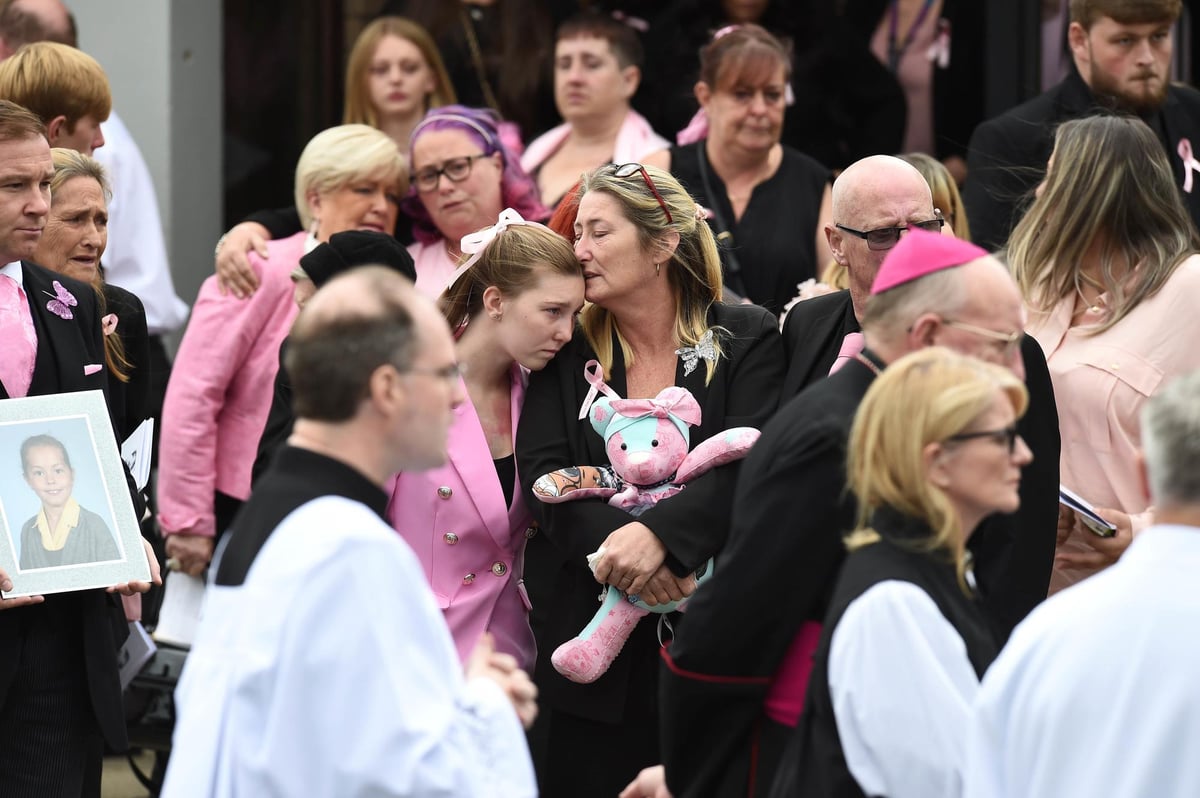 Olivia Pratt-Korbel’s mother has said “goodnight” to her daughter as mourners turned out in pink for her funeral in Liverpool.

St Margaret Mary’s Church in Knotty Ash was packed for funeral service on Thursday, with people also lining the pavement outside to pay their respects.

Nine-year-old Olivia was fatally shot at her home in Dovecot on August 22.

Pink ties, jackets, scarves and bows were worn by those attending the service after her family asked people to wear a “splash of pink”.

Uniformed police bids attended while hundreds of local residents gathered in the street outside.

Olivia’s mother Cheryl Korbel, 46, who was injured in the shooting, wore a pink teddy bear to the service.

In a eulogy, she said Olivia was born six weeks premature and spent nine days in a special baby ward.

She said, “She was so small, but even as a newborn she had a mind of her own.”