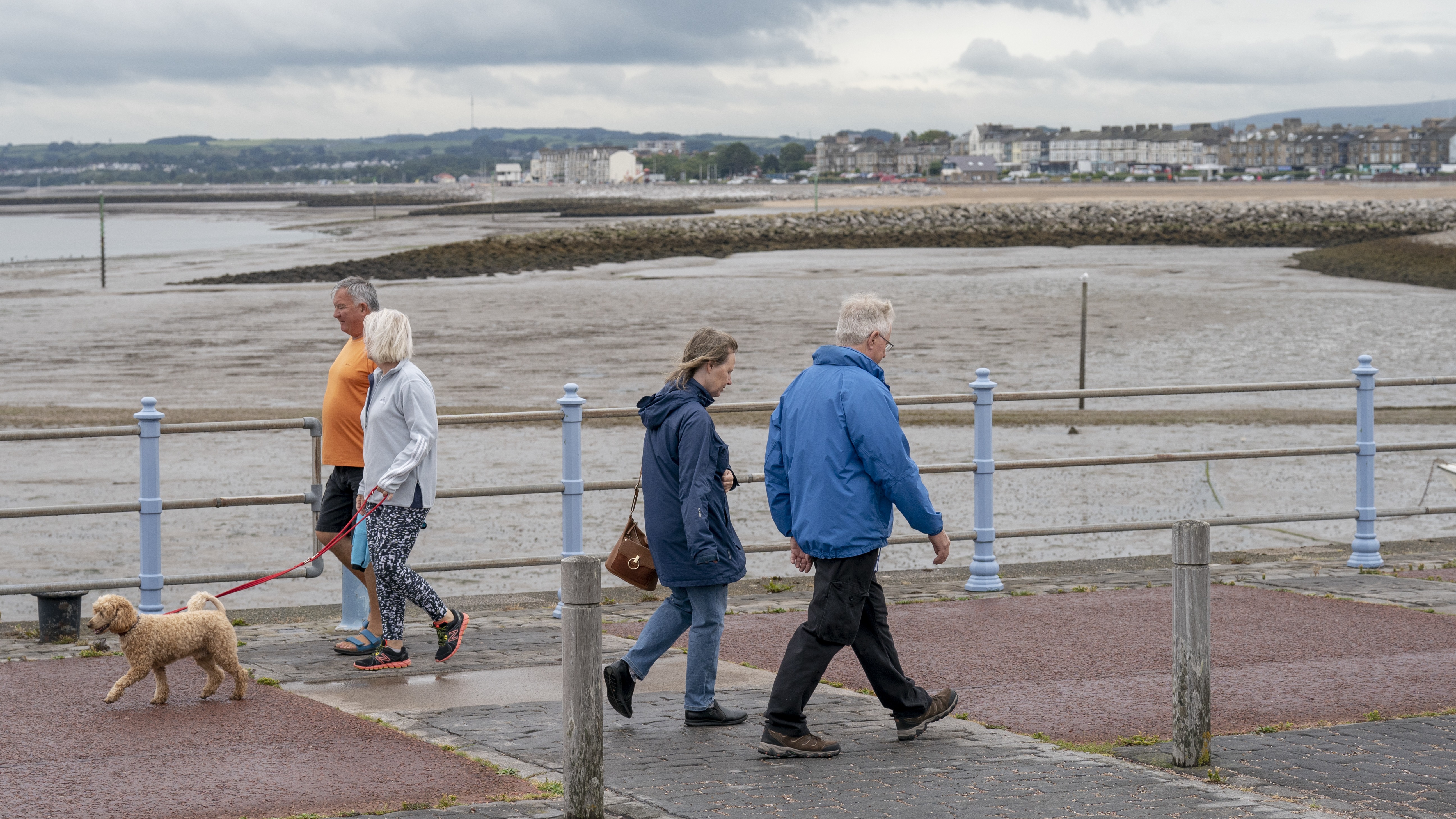 The Department for Leveling Up pledged that the latest round of Leveling Up funding would bring much-needed economic growth and new jobs to communities across the country, as the prime minister vowed to “build an optimistic future”.

However, Labor accused the government of running a “Hunger Games-style competition, pitting communities against one another”.

Projects slated for funding include the Eden Project North in Morecambe, which received £50m for the regeneration project, which aims to transform the Lancashire city’s seafront.

The Cardiff Crossrail scheme has also been allocated £50million, while the department said a new roll-on-roll-off ferry for Fair Isle in the Shetlands would receive nearly £27million.

Other big investments include £40m will be allocated to Blackpool Council and Wyre Council to facilitate the construction of a new zero carbon education campus. And £20m is going towards the redevelopment of Gateshead Quays and The Sage, which will include a new arena, exhibition centre, hotels and other hospitality venues.

The government said £2.1bn in funding had been split between £672m for the development of better transport links, £821m for community regeneration and £594m for the restoration of local heritage sites.

“That’s why we’re supporting more than 100 projects with new transition funding to improve local communities across the UK.

“By reaching even more parts of the country than we have done before, we will build a future filled with optimism and pride in the lives of people and the places they call home.”

The Prime Minister’s constituency in Richmond in Yorkshire will receive £19m in funding, with the money going to Catterick Garrison to help revitalize the town centre.

The vision of leveling was developed by the former prime minister Boris Johnsonwho promised to “level” cities and towns across Britain.

Other projects set to benefit include the proposed redevelopment of Gateshead Quays and The Sage, which will receive £20m, while £5.1m is earmarked for the construction of new women’s changing rooms at 20 rugby clubs across Northern Ireland became.

Level up secretary Michael Gove said the support would see the government “go ahead” on a number of projects.

He said: “This new funding will create jobs, spur economic growth and help restore local pride. Meeting people’s priorities, we’re climbing the ranks across the UK to ensure that no matter where you’re from, you can go as far as your talents take you.

Chancellor Jeremy Hunt called it a “big down payment for local jobs, growth and renewal” and also confirmed another round of the adjustment fund.

The announcement of the funding comes with the launch of a new interactive map that can be viewed online, allowing the public to see which projects have received funding in their area.

Lisa Nandy, the shadow level secretary, offered a scathing assessment of the fund as she accused the government of “extraordinary arrogance”.

“The Leveling Up Fund is in chaos, riddled with delays and allegations of favouritism,” said the Labor Party frontbencher.

“It is extraordinary arrogance to expect us to be grateful for a partial refund of the money they have drawn from our communities, which has decimated vital local services such as childcare, buses and social care.

“It’s time to end this Hunger Games-style competition where communities are pitted against each other and Whitehall Ministers pick winners and losers.”