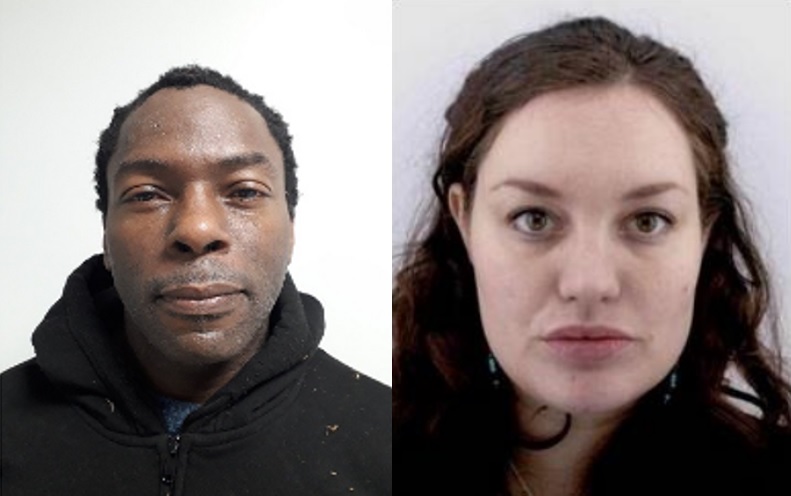 Constance Marten, 35, Mark Gordon, 48, and their newborn baby They are believed to have gone to Argos on Whitechapel Road, east London, on Saturday 7 January at 6.19pm to buy camping gear.

The couple and their baby spent more than three hours walking around Whitechapel Road, where they tried to hail three black cabs but were refused.

They left the area on foot and were last seen at 10.01pm walking down Brick Lane towards Bethnal Green Road.

Police say Mr Gordon is often seen alone in front of Ms Marten and the baby.

This is the last official sighting of the family.

Last week Ms Marten’s father asked her to contact the police about their newborn child.

It was revealed too Mr Gordon is a registered sex offender who served 20 years in a US prison for rape and assault.

Detective Superintendent Lewis Basford, who is leading the inquiry, said: “We are extremely concerned that a newborn baby – less than a week old on January 7 – was exposed to freezing temperatures when Mark and Constance were camping somewhere, like our evidence suggests.

“No child, especially a tiny newborn, should be forced to endure such dangerous, potentially life-threatening conditions.

“It is therefore absolutely vital that anyone with information about their whereabouts, whether it is a recent sighting or an older one, gets in touch with us as soon as possible.

“Every bit of information is critical so we can find the baby and make sure he’s okay.

“My officers will continue to work tirelessly behind the scenes to piece together the family’s movements and current whereabouts.

“They could be trying to blend in with homeless communities, either here in London or further afield, or they could be camping in more rural or wooded areas.

“They could be absolutely anywhere in the country. Please keep your eyes peeled, especially when you are out on wasteland or beautiful places, or while walking the dog, and report any information, no matter how insignificant you think it is, to us.”

The couple and their child first went missing after their car broke down on a freeway.

Ms Marten and Mr Gordon left the car near junction four of the M61 near Bolton on the night of Thursday January 5 and headed towards the Anchor Lane Bridge, Greater Manchester Police (GMP) have said. with.

Most of her belongings are believed to have been destroyed in the car fire.

Investigations revealed that Ms Marten and Mr Gordon were the occupants of the car and that Constance had recently given birth, possibly a day or two before, and had not been examined by medical professionals.

Police have launched a missing persons inquiry launched by Greater Manchester Police and it is now thought, tThe couple traveled to Liverpool by taxi around 3.30am on Friday 6 January and then on to Harwich.

Mr Gordon, Ms Marten and a baby were seen by a member of the public in Harwich around 9am on Saturday January 7th.

The police also received a number of confirmed sightings of family in Colchester on 6th and 7th January.

The inquiry was then handed over to Essex Police on 9 January.

Essex Police conducted a series of inquiries and checked CCTV operating hours and were able to locate the couple near East Ham Station between 10.30am and 12.30pm on 7 January.

As this was the last confirmed sighting of the family, the investigation was turned over to the Metropolitan Police Service on Thursday January 12.