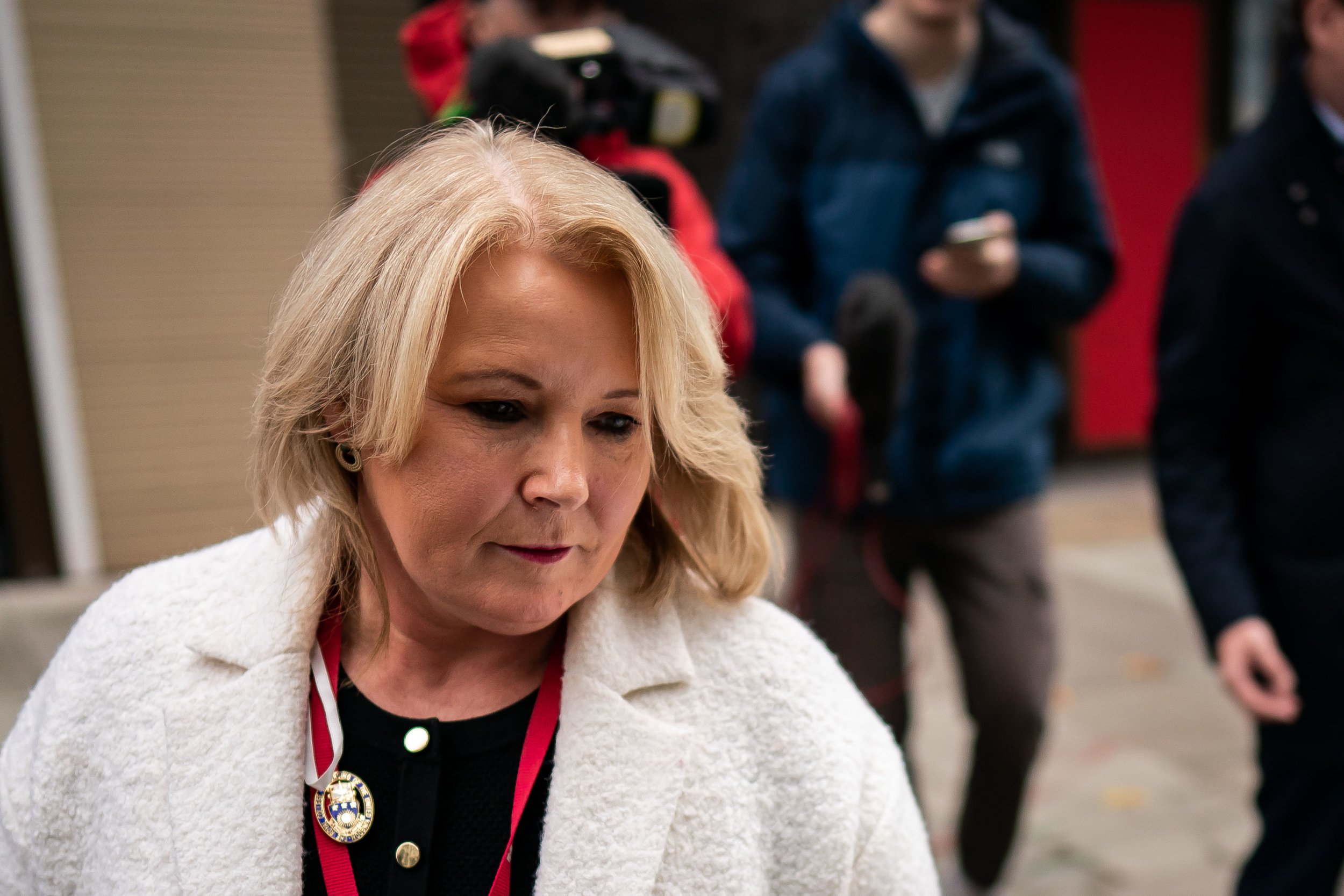 Transport Secretary Mark Harper raised the likelihood of an impending winter strike when he said there “just wasn’t the money” to meet the demands of workers preparing for industrial action.

Ministers have hardened their stance ahead of next month’s care strikes as they say there is no money left for better pay.

Transport Secretary Mark Harper raised the likelihood of an impending winter strike when he said on Sunday there was “just not the money” to meet the demands of workers preparing for industrial action, but hinted at progress in rail strike talks.

He said pay rises in the public sector in line with rising inflation are “priceless”, making it unlikely that the forthcoming strikes will be called off before Christmas.

Members of the Royal College of Nursing (RCN) will stage their first nationwide strike action next month when they join transport and postal workers on the picket lines to argue over wages and working conditions. Unions representing midwives, paramedics and junior doctors could also vote to strike in the coming weeks.

“Given the context, there just isn’t the money to pay them, we haven’t seen them in the private sector either, private sector wage increases have generally been handled below inflation levels, which I think is difficult for people.”

The RCN is campaigning for a pay rise of 5 per cent above retail price inflation (RPI) – an increase of more than 19 per cent compared to a government offer of 4 to 5 per cent for most nurses. The RPI was 7.5 percent when the college submitted its claim to officials.

Responding to Mr Harper’s comments, RCN General Secretary Pat Cullen said: “While billions of pounds are being spent on temporary measures such as .

“With 47,000 nursing vacancies in England in the NHS alone, a pay rise for nurses is not just about fair pay – it’s about retaining and employing enough nurses to care for patients safely. Strikes are always the last resort, but we’ve been ignored for too long. Nurses will not watch their patients put themselves at risk – they are doing it for themselves and their patients.”

RCN members in England, Wales and Northern Ireland will resign on December 15th and 20th if the dispute is not settled. Industrial action in Scotland has been suspended after NHS wage negotiations resumed.

Last week the Scottish Government increased its salary offer for NHS workers with proposals that would bring an average increase of 7.5 per cent and up to 11.3 per cent for the lowest paid staff. Unison said it is making the offer to its members in Scotland with a recommendation to accept.

Votes in support of industrial action are valid for six months in England, Scotland and Wales, or nine months with employer agreement. There is no set timeframe for a vote on industrial action in Northern Ireland to take place, provided action is taken within eight weeks of the outcome.

Health Secretary Steve Barclay exchanged letters with Ms Cullen over the weekend urging the nurses’ union to “come back to the table” for talks, but he declined to discuss pay, preferring instead to discuss conditions such as pension rules, Holidays, rosters and speaking availability of free coffee.

He said nurses are getting a fair pay rise of at least £1,400 this year, meaning a newly qualified nurse “typically earns over £31,000 a year”, a figure disputed by NHS staff, with older nurses making many more earn more than that – while drawing a pension contribution of 20 percent of their salary.

Mr Barclay said: “This paycheck must also be seen in the light of our country’s challenging economic circumstances and the broader package of benefits and annual leave.”

The Health Secretary said these are “challenging times for everyone” and the economic circumstances mean the RCN’s demands, which according to current figures amount to a 19.2 per cent pay rise and cost £10bn a year, are not affordable.

Ms Cullen responded that she would only return to wage talks after members voted heavily in favor of industrial action. “I’m afraid my members’ position is ‘negotiate or nothing,'” she wrote. “You can’t shut them out and then repeat that your door is open. When the negotiating table is empty, we can see that you are not serious about progress.

“This dispute needs to be resolved and strikes are now a little over two weeks away. Let’s negotiate on behalf of every nurse.”

In relation to strike exceptions and patient safety, the RCN will be meeting with senior NHS officials in the coming days.