Many lives have been saved by Invictus Games, says Harry 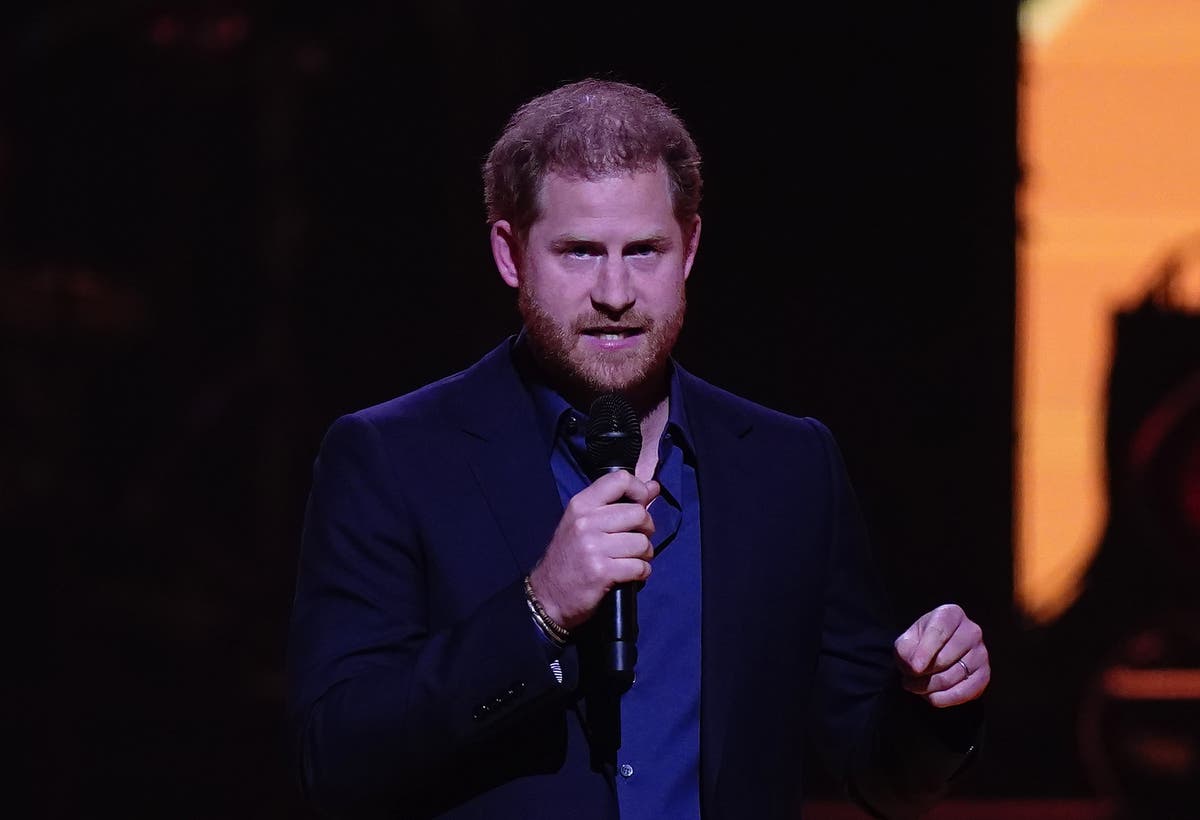 The Duke of Sussex said many Invictus Games participants would have taken their own lives had it not been for the sporting event.

Harry founded the Invictus Games to support the rehabilitation of injured or ill military personnel and veterans from around the world by challenging them to compete in sporting events similar to the Paralympics.

At the closing ceremony in The Hague, The Netherlands, Harry spoke of his pride in the participants sitting in front of him.

He told the audience: “You all climbed your mountain. And I couldn’t be prouder of each and every one of you.

“We, your friends and family, couldn’t be prouder of who you are and what you represent, especially considering what it took to get here. Mindset is everything.”

He added: “From interviews that Invictus have been conducting throughout the park this week and as some of you have told me personally, many would have taken their own lives had it not been for these games.

“You made the choice to be here, to stay with us, to grow with us and I cannot explain how much it means to me and how much you all mean to us. So thank you.

“So if you are feeling alone, please know that you are not alone.

“This community is with you. we are all with you

“To friends and family, without you we would not be here.

“Thank you for sharing and shouldering the weight of our wounds, from vulnerability comes strength, and together we all define the Invictus Generation, in or out of uniform we stand against injustice. We answer the call for help.

“We defend those who need to be defended. Service and sacrifice are in our blood, and never forget that.”

Harry said he was “honoured” to have served alongside “all of you here” tonight, adding: “Thank you for your service and see you in Dusseldorf.”

The Duke enjoyed a quiet drink with friends at O’Casey’s Irish Pub in town on Thursday night.

Pub owner John Gulay, 51, said Harry had a single pint of Guinness before switching to lemonade.

Harry and his wife Meghan made their first public appearance together in Europe since stepping down as senior working royals more than two years ago when they attended a reception at the Games last Friday.

They were photographed and filmed by about 50 media representatives.

Harry attended events throughout the week despite the aftermath of his chat with a US TV network being slammed by some royal commentators.

In his interview with NBC’s Today Show, he appeared to issue a veiled warning to those closest to the Queen, saying he wanted to make sure his grandmother was “protected” and had “the right people around her.”

Harry didn’t elaborate on whether he was referring to royal aides or members of his own family, but his comments may have deepened his rift with his father, the Prince of Wales, and his brother, the Duke of Cambridge, and confused palace officials .

A camera crew filming for a Netflix documentary called Heart Of Invictus – a series from Harry and Meghan’s Archewell Productions that followed attendees at the event – were spotted around the couple during their time at the Games.

The crew continued to film Harry and competitors after Meghan left earlier this week, and a drone could often be seen over the events.

Harry and Meghan signed a multi-million pound deal with streaming giant Netflix in 2020.

Earlier, the Duke announced that the 2025 Invictus Games will be held in Vancouver and Whistler, Canada.

“Ladies and gentlemen, Invictus is coming back to North America and that’s a very, very good thing,” Harry said on Friday.