Mann admits role in smuggling, in which 39 migrants were killed in trucks 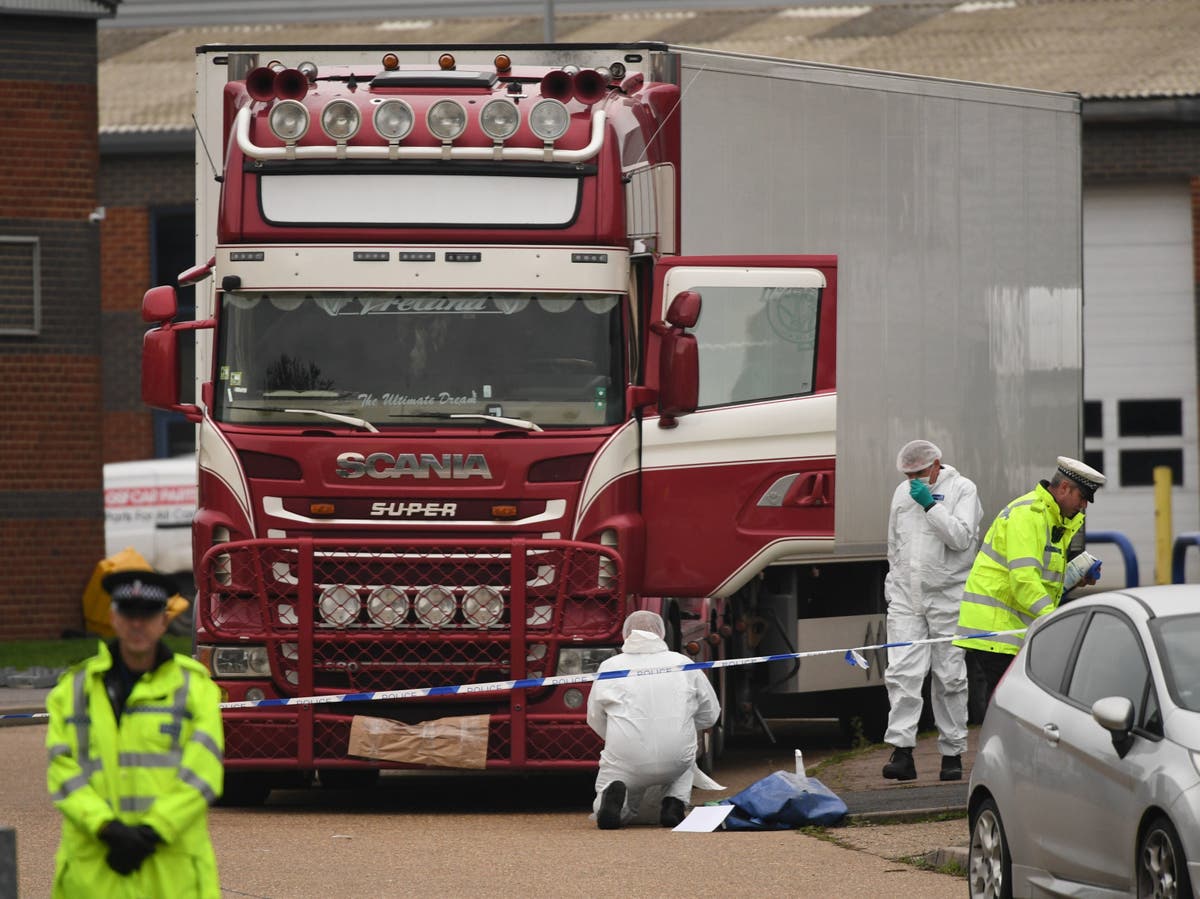 One man has admitted to being involved in a people smuggling operation in which 39 Vietnamese men, women and children were suffocated in a refrigerated trailer in Essex.

Dragos Stefan Damian, 28, was arrested in Italy and extradited in September for trial following the investigation into the migrants’ deaths at the Old Bailey in London.

In October 2019, truck driver Maurice Robinson found the bodies of the victims in the trailer that he had transported by ferry from Zeebrugge in Belgium to Purfleet in Essex.

Earlier this year, other members of the people smuggling gang were imprisoned at the Old Bailey for their involvement.

On Tuesday, Damian appeared via video link from Chelmsford Prison in the Old Bailey and pleaded guilty – with the help of an Italian translator – to the conspiracy in support of illegal immigration from May 2018 to October 2019.

Prosecutor Jonathan Polnay said Damian’s main role in the plan was to collect and “allow” migrants from Collingwood Farm in Essex after the arrival of Vietnamese nationals in the UK.

The conviction was adjourned until January 14th next year before Mr Justice Sweeney.

Earlier this year, another gang member, Valentin Calota, 38, from Birmingham, was sentenced to four and a half years in prison and ordered to pay just over £ 1,000 to the families of the Vietnamese victims.

He had paid £ 700 plus expenses to drive a van load of migrants from Essex to London days before the 39 people died.

Calota, whom the court heard, had benefited from the program £ 1,137.29, appeared at the Old Bailey for his seizure hearing via video link from HMP Huntercombe and was assisted by a Romanian interpreter.

Mr. Polnay said, “The prosecution considered putting the benefit to this court, which was greater.

“But since we know that Mr. Calota is about to be deported from this country relatively soon, we consider it little or no advantage in academic exercise to claim that he was more useful.”

Judge Mark Lucraft QC ordered the entire sum of £ 1,137.29 to be confiscated and paid to the victims’ families as compensation.

Other gang members are said to have received seizure hearings later this week.

The court had previously heard that the people smugglers had made more than £ 1 million in October 2019 alone.

Migrants would board trucks in a remote location on the European continent to transport them to the UK. They would then be picked up by cars and taken to safe homes.

Four men were arrested in January – between 27 years and 13 years and four months – for manslaughter and people-smuggling planning.

The men are Gheorghe Nica, 44, from Basildon and Ronan Hughes, 42, from Armagh, and truck drivers Maurice Robinson, 27, from Craigavon, and Eamonn Harrison, 24, from County Down.

Three other members of the gang, including Calota, were also detained for their roles in the organized criminal operation.

Families of the victims in Vietnam and the UK have spoken about the loss of loved ones.

The victims were 29 men and eight women – 10 of them teenagers, the youngest two 15-year-old boys.

The parents of a 26-year-old Vietnamese woman told them how she wrote to them: “I am dying because I cannot breathe”.

They announced that they had paid around £ 30,000 in the hopes that their daughter could travel to the UK from Vietnam.