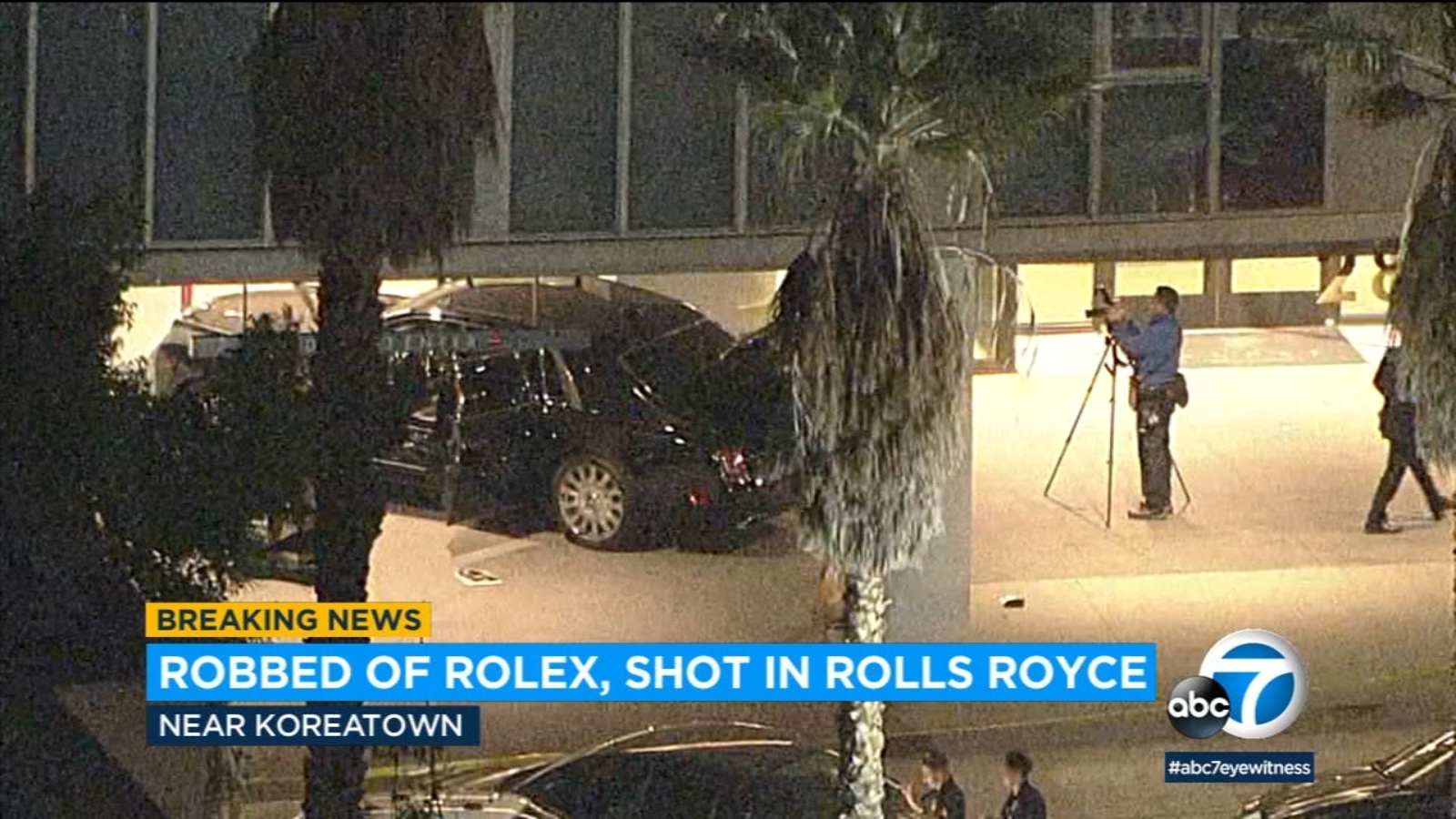 LOS ANGELES (KABC) — A man was shot dead outside a luxury apartment complex near Koreatown on Friday afternoon and robbed of his Rolex watch and jewelry, Los Angeles police said.

The man drove a Rolls-Royce Phantom, and while the identity of the victim is unknown, Eyewitness News has learned the car is registered to entrepreneur and Korean royal Andrew Lee.

Lee is the Crown Prince of the Korean Imperial Family and Founder of London Trust Media. He is heir to the Joseon Dynasty, which ruled Korea for centuries until 1897.

It is not known if Lee is the victim or if he was in the Rolls-Royce when gunfire erupted. Police only described the victim as a man between the ages of 25 and 30.

According to the LAPD, two male suspects ran from the scene when the robbery and shooting occurred just before 4:20 p.m. on the 2800 block of Sunset Place.

Aside from the suspects looting a Rolex watch, three chains were stolen from the victim.

The footage showed the police in front of the KURSE residential building and focused their investigations on the Rolls-Royce.

The LAPD said the man was conscious and breathing after the shooting, but they later said he was taken to a hospital in critical condition.

No arrest was made.