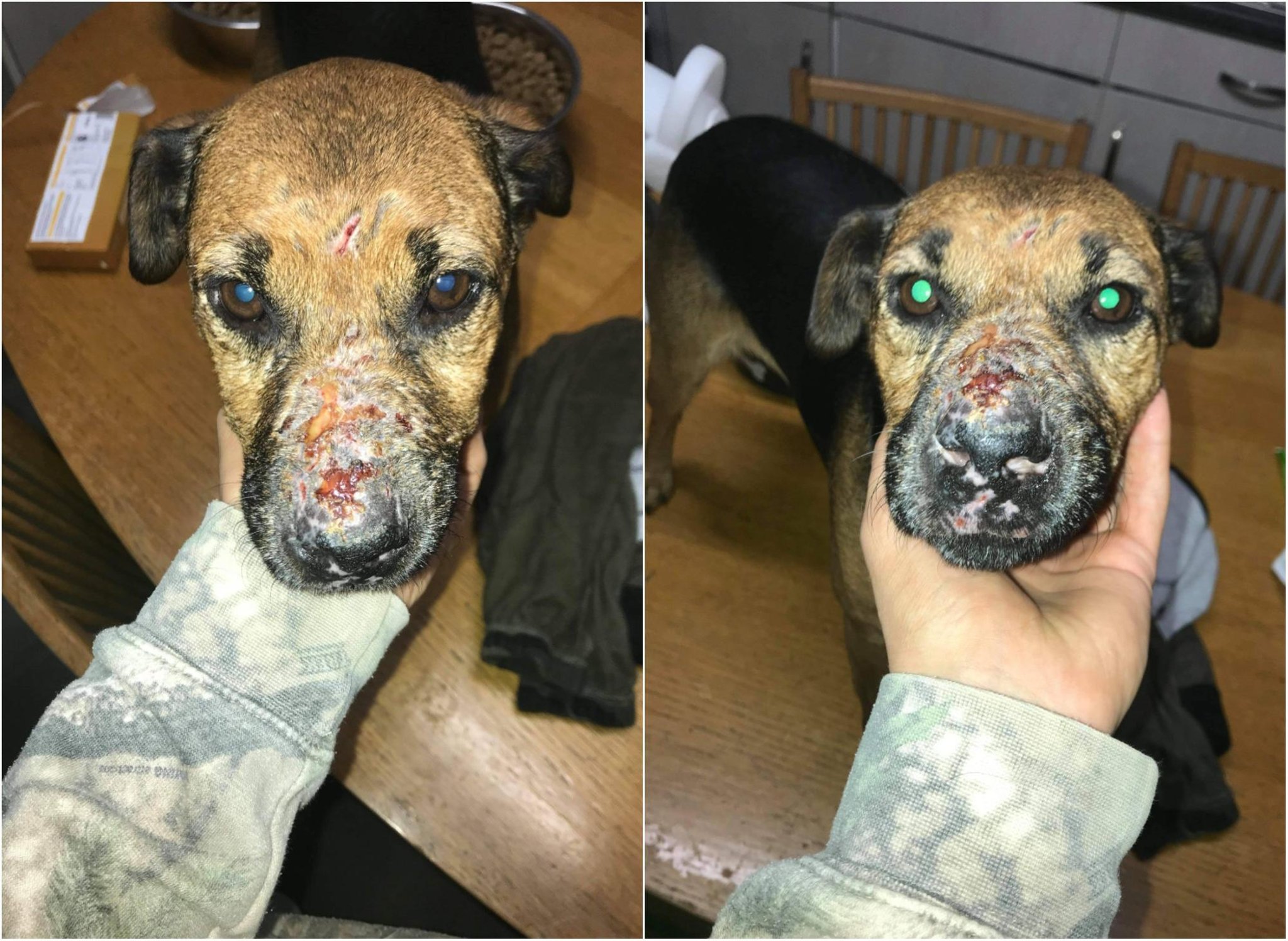 After receiving news that he was involved in this behavior, Scottish SPCA inspectors executed an arrest warrant against his home, where they found evidence that Muir was treating his seriously injured dogs himself.

They also found video evidence of the fights, showing Muir laughing as he watches his hounds tear up a fox.

An SIU inspector, who is anonymous due to the nature of his work, said: “The evidence we found at Mr. Muir’s home address was consistent with what is normally found when someone is heavily involved in animal fighting.

“All three of his dogs had significant facial injuries. Pip and Bella, the two older dogs, had injuries to their necks and legs.

“Both dogs had several missing teeth as a result of the fights they found themselves in and the lack of proper veterinary attention would have made the condition worse.”

“Mig had some scars on her muzzle and legs, but being a much larger, stronger, and younger dog, it’s likely she avoided serious injury up to this point.”

A search of the property found several items related to animal fighting, including tracking collars used to track dogs when they are in underground badger settlements.

Officials also discovered nets used to catch wild animals as they escape from their den.

This evidence was analyzed at Science and Advice for Scottish Agriculture (SASA) and DNA from foxes and badgers was found.