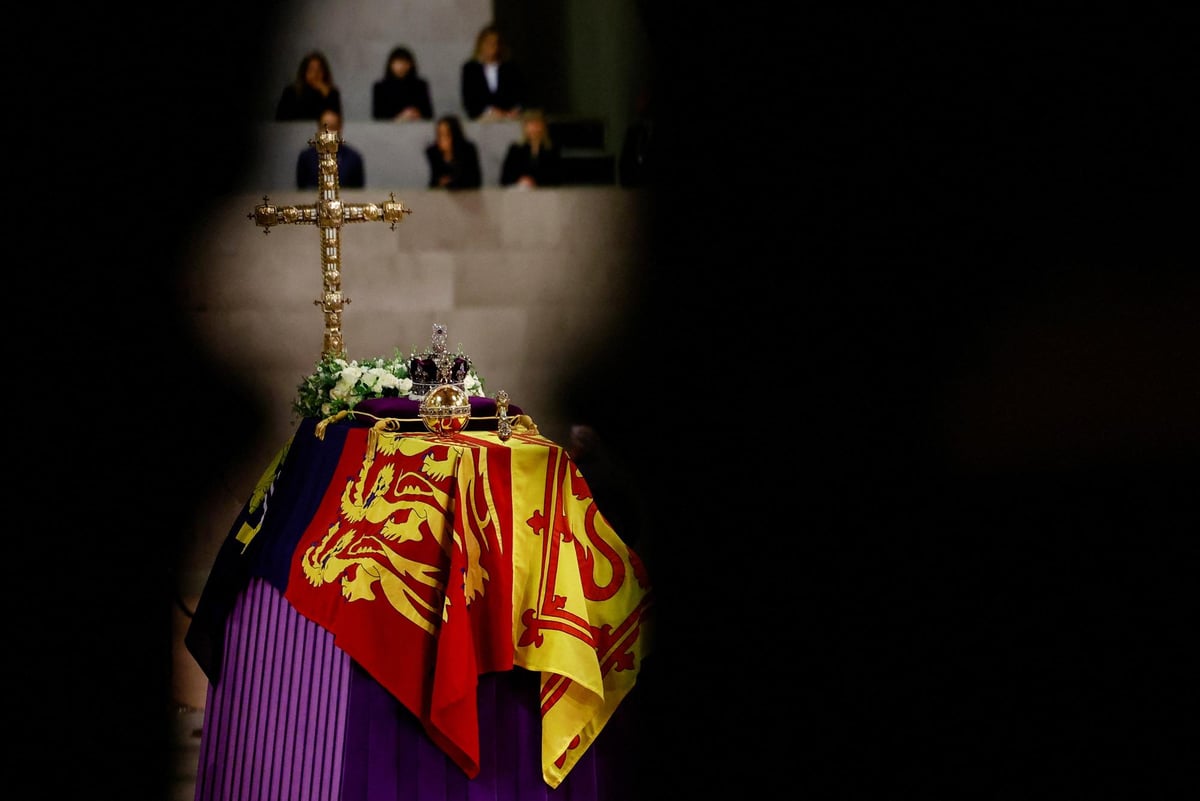 A man queuing to see the queen in state said he would tell the monarch to climb out of her coffin because she was not dead, a court has heard.

Mark Hague, 52, was escorted from the line and later arrested after a concerned mourner heard his comment in Victoria Tower Gardens on Saturday.

He appeared before Westminster Magistrates’ Court on Monday to plead guilty to charges under Section 5 of the Public Order Act.

Prosecutor Louise Burnell said a television crew interviewed one of the hundreds of thousands of people waiting in line to pay their respects to the Queen and asked what they would do once they arrived at Westminster Hall.

“A man now known as Mr. Hague was heard saying, ‘I’m going to tell her to get out of her damn coffin because she’s not dead,'” she said.

“The promoter decided that Mr Hague should not remain in the queue and he was escorted out.”

The court heard Hague was arrested after he was abusive to police officers and members of the public as he was being led away from the scene.

He was taken into custody and appeared in the dock in a gray sweatshirt and jeans, spoke to confirm his name, date of birth and non-residential address before pleading guilty to charges of threatening or abusive words or conduct.

District Judge Neeta Minhas fined Haag £120, which was deemed to have been served because of the time he spent in detention.