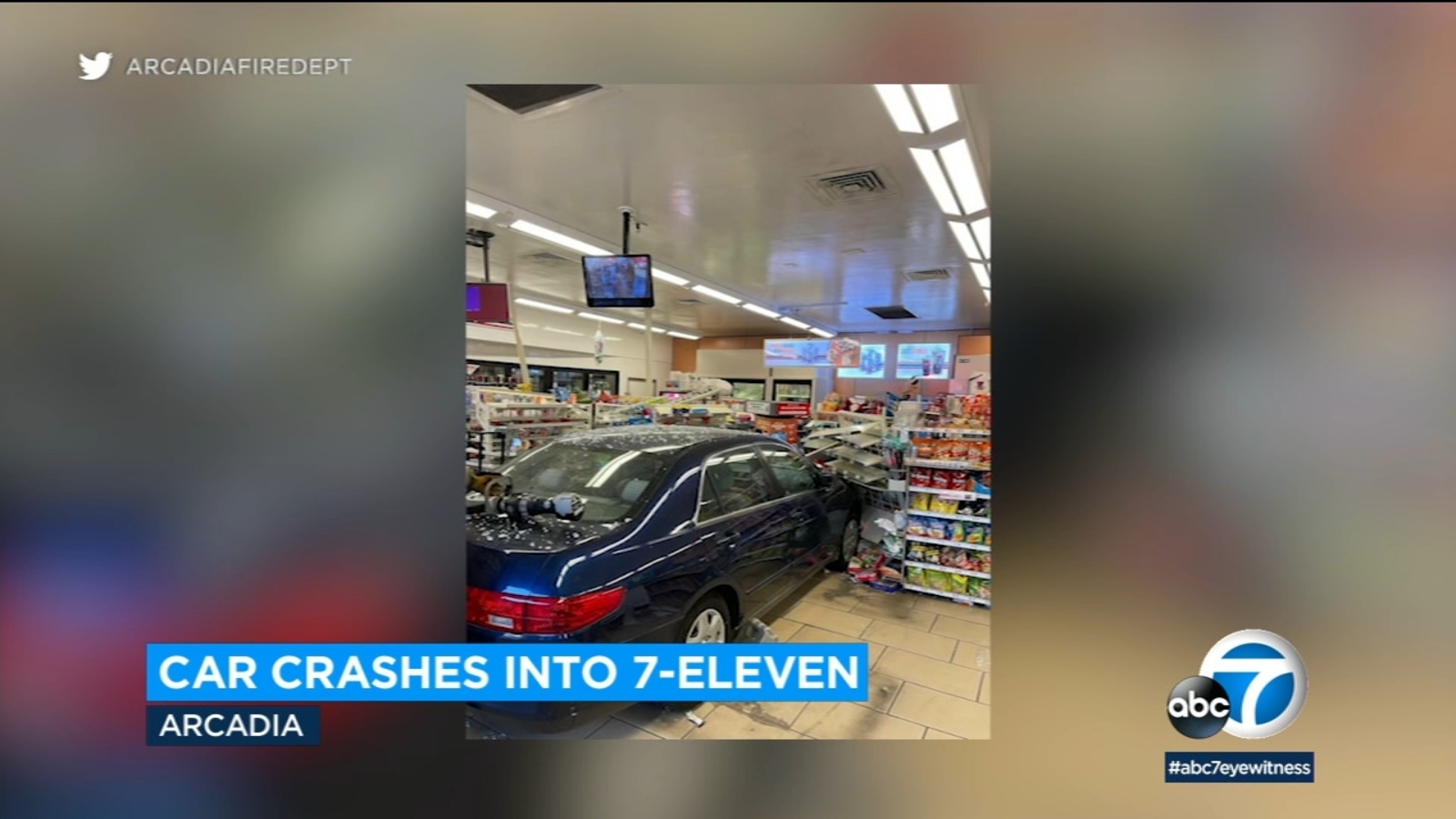 ARCAIDA, California. (KABC) — A Monrovia man was arrested Friday on suspicion of attempted murder after allegedly causing a disturbance at an Arcadia 7-Eleven store and then intentionally plowing his car into the store.

The accident happened at 6:55 a.m. Thursday at the store on the 1000 block of South Baldwin Avenue, according to Arcadia police.

Officers learned the man, whose name was not immediately released, entered the store and caused a disturbance, throwing goods at employees before leaving, getting in his vehicle and intentionally driving through the front doors and into the store, police officials said.

Witnesses told officers staff and customers were standing outside the store at the time.

The man tried to run away but was detained by store employees and customers until officers arrived, police said. No injuries were reported.

The man was arrested on suspicion of attempted murder and taken to the Arcadia Police Department, where he remained held on $2 million bail, police said.

The investigation continued and anyone with information was encouraged to call the Arcadia Police Department at 626-574-5151 and refer to case number 22-4977. Anonymous information can be submitted through Crime Stoppers at 800-222-8477.