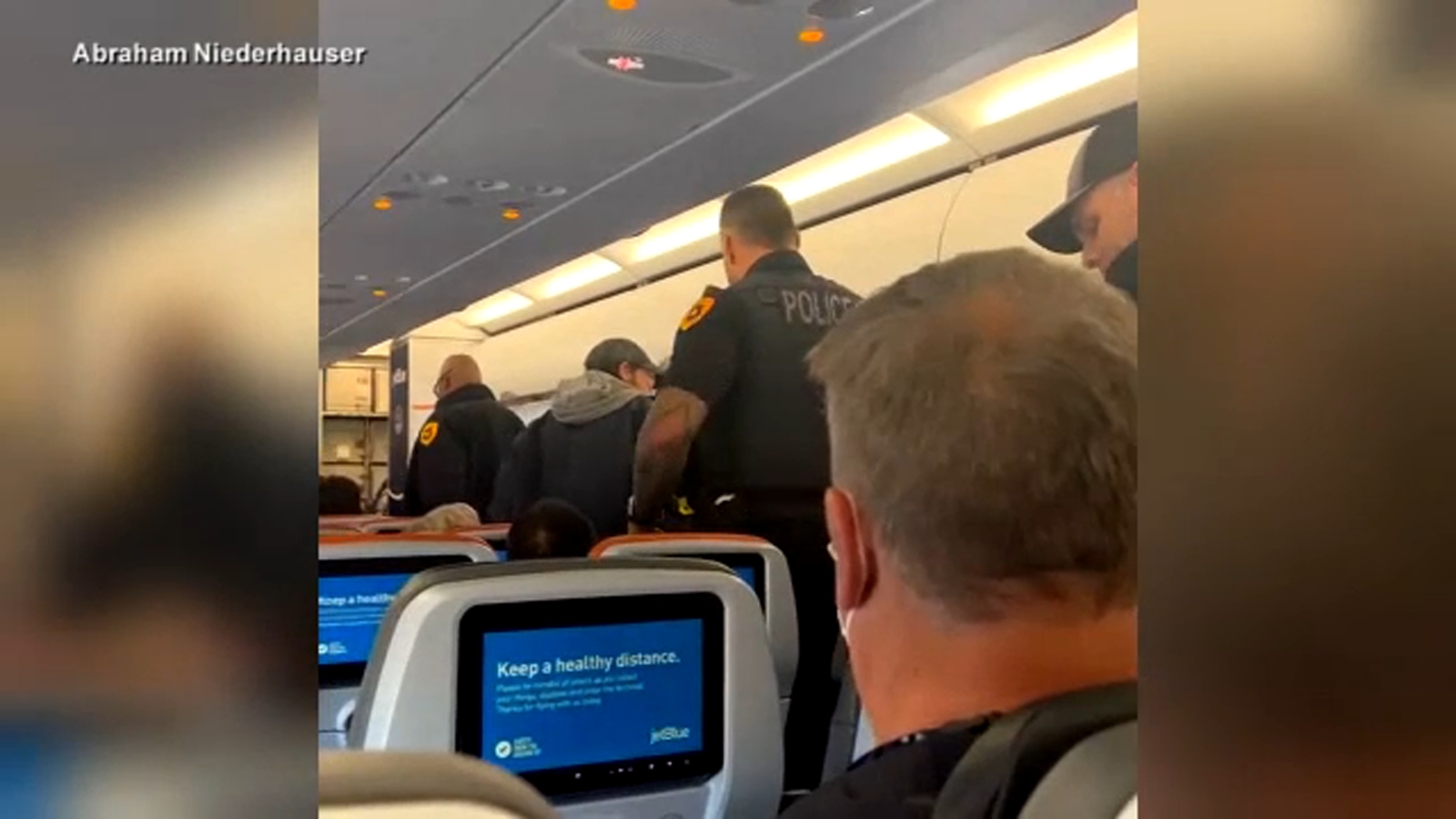 A Utah man has been charged with allegedly bringing a straight-edged razor blade onto a plane and holding it to a passenger’s throat.

The incident happened just weeks after a man escorted two box cutters through security and onto a Frontier Airlines flight en route to Tampa.

Merrill Darrell Fackrell, 41, reportedly boarded a JetBlue flight bound for Salt Lake City at JFK Airport in New York on Monday. During the flight, Fackrell was sitting in the window seat next to a woman when he allegedly put his hand in front of her screen and told her to pause her film, according to a press release from the US Attorney’s Office, District of Utah. The woman then realized that Fackrell was holding what appeared to be a knife, “inches from her skin in the neck/neck area,” according to the press release.

The woman’s husband then went to the front of the plane to get help from a flight attendant. The woman lunged down the aisle to escape, and Fackrell reached and attempted to stop her by grabbing her shoulder, according to the publication.

The object was recovered and later identified as a wooden-handled straight razor with a 1- to 2-inch blade.

In a statement to ABC News, the Transportation Security Administration (TSA) said they are “taking[s] takes our responsibility to keep the skies safe for the traveling public very seriously.” The agency said it is rolling out new X-ray technology at more airports to improve the ability to detect items like those used in the incident.

Fackrell was later charged with carrying a weapon on an airplane and assault with a dangerous weapon in United States Special Aircraft Jurisdiction.

“Crew members responded by working to de-escalate the situation and notifying law enforcement who met the flight in Salt Lake City,” JetBlue said in a statement Friday. “The safety of our customers and crew is JetBlue’s top priority and we will assist law enforcement in their investigations.”