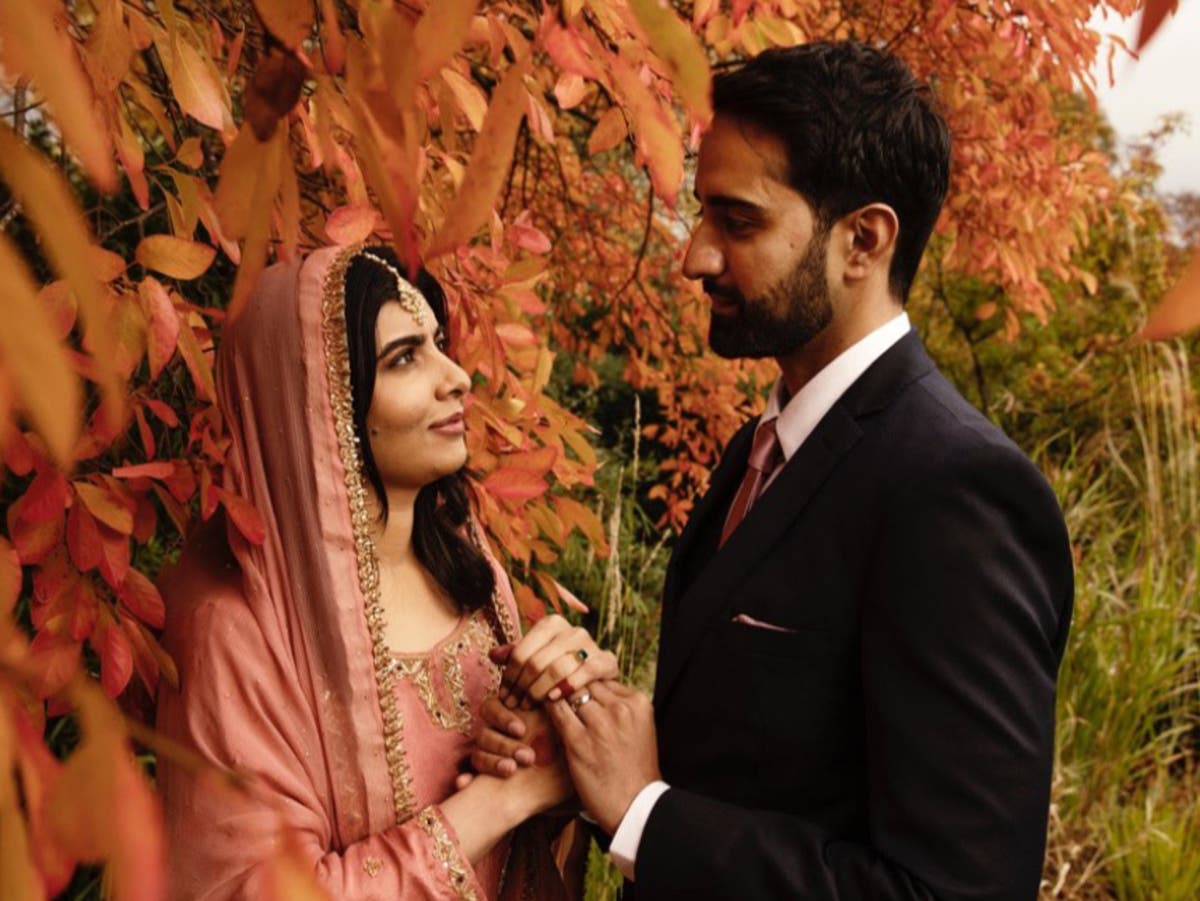 Malala Yousafzai has said that she was never against marriage but had some concerns, including an “imbalance of power”.

But she is “lucky” to have found a person who understands her values, said the Nobel Prize winner.

The 24-year-old human rights activist and educator married Asser Malik, a manager of the Pakistani cricket federation, at a small ceremony in Birmingham last week.

Ms. Yousafzai’s critics took the opportunity to label her a hypocrite for her comment on British Fashion in July 2021. “I still don’t understand why you have to get married. If you want someone in your life, why do you have to sign marriage papers, why can’t it just be a partnership? ”She said at the time.

The backlash forced Ms. Yousafzai to clarify her earlier remarks.

“I was not against marriage, I had concerns about marriage and that goes for many girls around the world who have seen reports of child marriage and reports of forced marriage,” the activist said on BBC One The Andrew Marr Show On Sunday.

She added that there was a power imbalance in marriages in which “women compromise more than men,” she urged the systems to be questioned. “Many of these customs are influenced by patriarchy and misogyny. So you have to question the systems we live in and the status quo, but I’m lucky enough to have found a person who understands my values, ”she said.

“He understands my sense of humor and we have a lot in common,” she added.

She also wrote an essay for Fashion last week to explain her previous comments.

“I was not against marriage, but I was careful with its practice,” she wrote in the article published on November 11th. “I questioned the institution’s patriarchal roots, the compromises expected of women after marriage, and how laws governing relationships in many parts of the world are influenced by cultural norms and misogyny. I was afraid of losing my humanity, my independence, my femininity – my solution was not to get married at all. ”

“My conversations with my friends, mentors, and my current partner, Asser, have helped me reflect on how I could have a relationship – a marriage – and stay true to my values ​​of equality, fairness and integrity,” she wrote.

Ms. Yousafzai’s husband is a high performing general manager at the Pakistani cricket governing body, the Pakistan Cricket Board, according to his LinkedIn profile.

He joined the board in May 2020 and previously worked as the operational manager for the Pakistan Super League (PSL) Multan Sultans franchise. While it’s not clear how long the couple have known each other, their Instagram profile includes a 2019 group photo with Ms. Yousafzai.

Ms. Yousafzai was 14 years old when she was shot dead by the Taliban on her way home from school in Pakistan’s SWAT Valley in 2012.

She traveled to Birmingham for treatment, where her family later accompanied her. She continues to be an advocate for human rights and girls’ education.