Macron says Johnson did not “seriously” respond to the migrant crisis 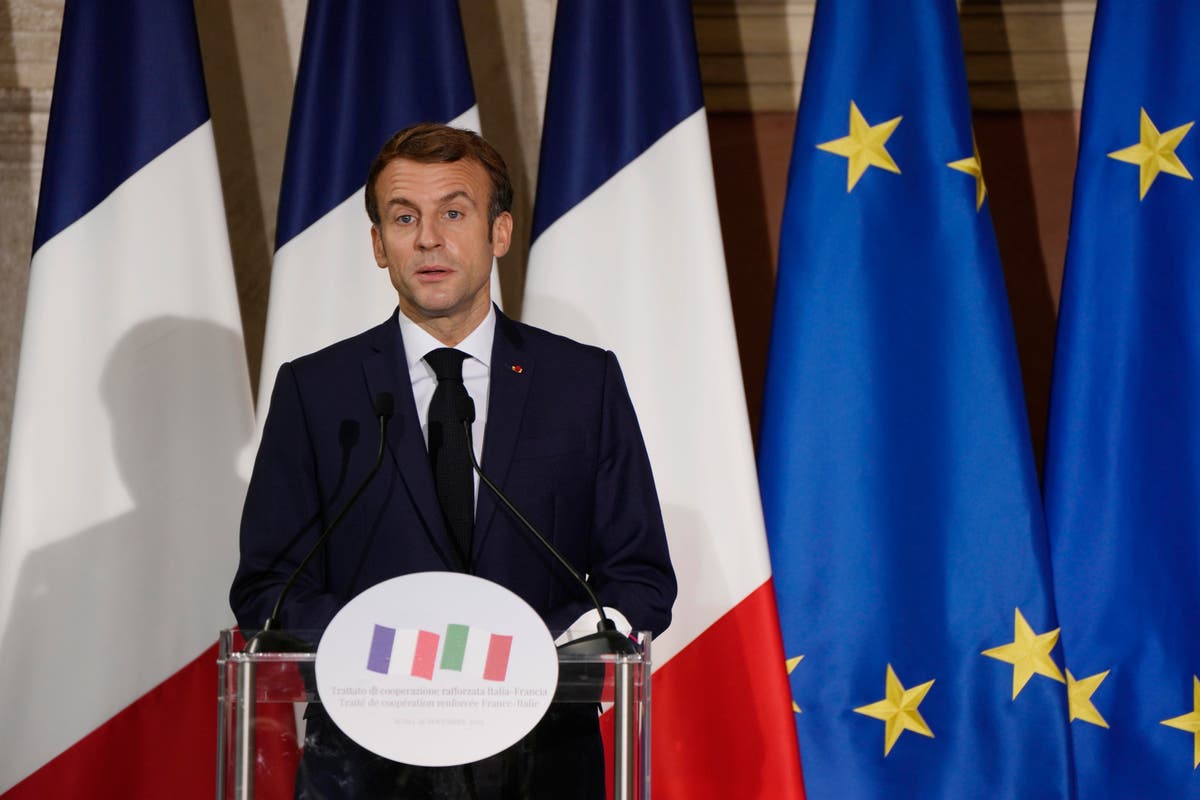 French President Emmanuel Macron accused Boris Johnson of failing to act “seriously” in the migrant crisis when he justified Paris’ decision to withdraw Priti Patel’s invitation to an emergency summit on Sunday.

France responded with anger to a letter from the Prime Minister to Mr Macron last night in which Mr Johnson tabled a five-point package to reinforce measures on small boat crossings in the English Channel following Wednesday’s tragedy that killed 27 people.

It included a demand – which would certainly provoke the Elysee Palace – on France to take back migrants that the UK believes are “illegal” in what Mr Johnson called a “bilateral return agreement”.

Speaking at a press conference with Italian Prime Minister Mario Draghi in Rome on Friday, Macron said: “I am surprised when things are not done seriously.

“We do not communicate between executives via tweets or published letters, we are not whistleblowers.”

The French Interior Ministry said Ms. Patel was “no longer invited” to the meeting with her French counterpart Gerald Darmanin and ministers from other European countries on Sunday.

“We consider the UK Prime Minister’s public letter to be unacceptable and contradict our discussions between counterparts,” the ministry said in a statement early Friday.

“That is why Priti Patel will no longer be invited to the inter-ministerial meeting on Sunday, the format of which will be: France, Belgium, the Netherlands, Germany and the European Commission.”

French government spokesman Gabriel Attal said Paris was “fed up with double speeches” from London, adding: “Darmanin told his counterpart she was no longer welcome.”

There was no immediate response from the Home Office, but Transportation Secretary Grant Shapps said he hoped the French would reconsider their decision. “I don’t think there is anything inflammatory about asking for close cooperation with our closest neighbors,” he told BBC Radio 4. today.

The dispute underscores the poor relationship between the two countries and the ongoing disagreement over working together to stop unsafe boat crossings.

Following Wednesday’s deaths, Mr Johnson irritated Paris by saying the tragedy had shown that efforts to prevent people from going on boats had been “not enough” and that there had been “trouble” with the French to move to action.

The Prime Minister set out his proposals on Thursday in a letter in which he told the French President that “we must go further and faster together” to tackle the migrant crisis.

The UK is also offering technology such as radar, automatic license plate recognition cameras and motion sensors to capture the back roads and dirt roads used by people smuggling gangs to bring their human cargo to the beaches of northern France.

France accused Britain of having a poorly managed immigration system, saying Britain was politicizing the migrant issue for its own benefit.

As a result of Brexit, the UK can no longer use the EU’s system for returning migrants to the first Member State they entered.