Machu Picchu has been closed indefinitely amid anti-government demonstrations 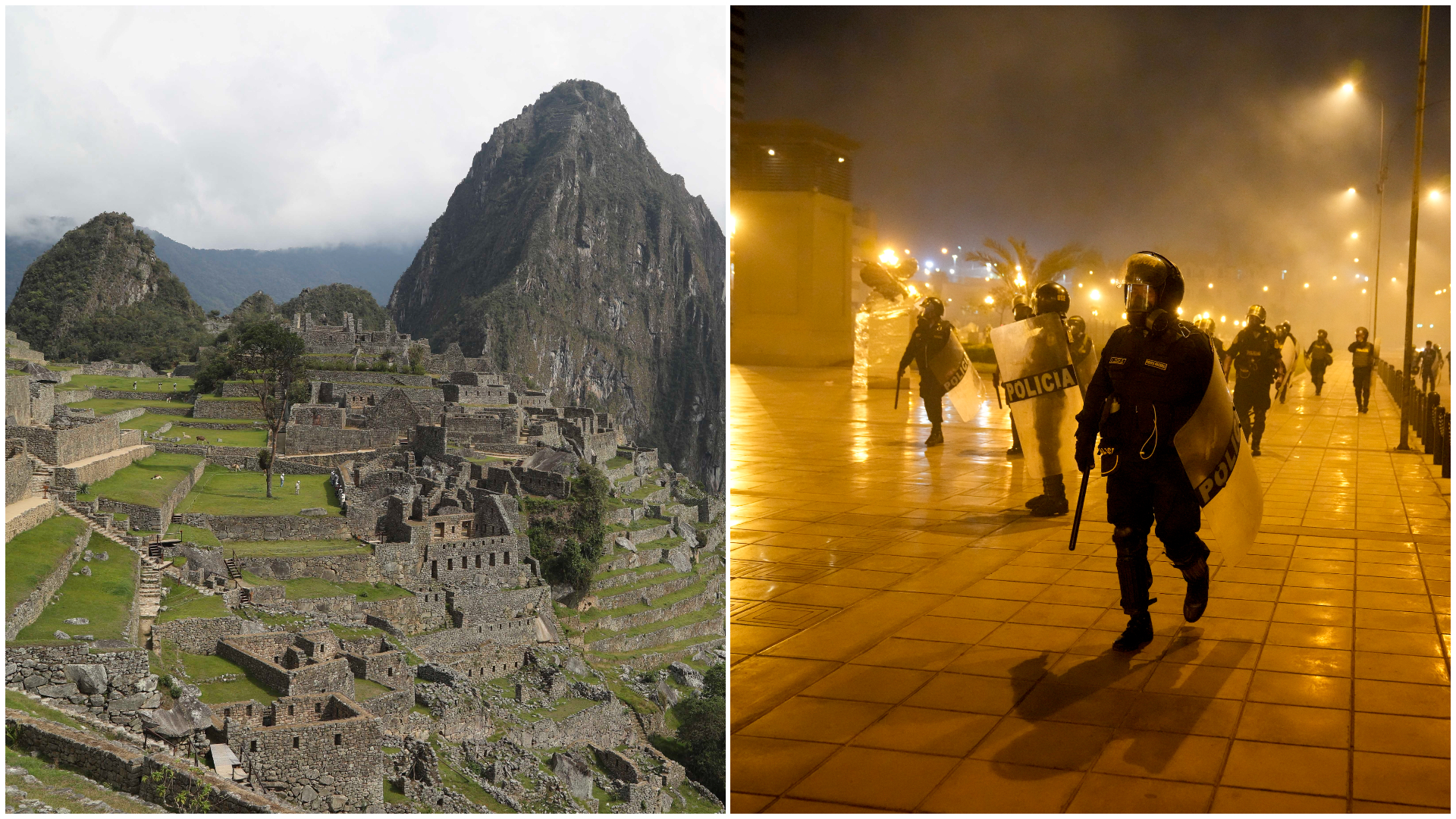 Thousands of protesters took to the streets of Lima, Peru’s capital, on Friday and were hit with tear gas as fires blazed in the streets.

Dozens of people have been killed in the weeks of clashes after Pedro Castillo, Peru’s first rural Andean leader, was charged and jailed after trying to dissolve Congress last month.

A hugely popular tourist destination and named one of the New Seven Wonders of the World in 2007, Machu Picchu is a 15th-century Inca citadel in the Andes.

Authorities have said they have closed the site and the Inca Trail trek that leads there until further notice.

In a statement, cultural authorities in the Cusco region, gateway to Machu Picchu, said: “Given the current social situation in which our region and country are immersed, the closure of the Inca Trail network and Machu Picchu has been ordered, canceled January 21st and until further notice”.

Until recently, the protests took place mainly in Peru’s southern region, with about 55 people killed and 700 injured in the riots, mostly in clashes with security forces.

Protesters now want Lima, home to around a third of Peru’s 34 million people, to become the focus of demonstrations that began when then-Vice President Boluarte was sworn into office on December 7 to succeed Castillo.

The protests sparked the worst political violence in the country in more than two decades, with the government now extending a state of emergency to six regions.

In Arequipa, Peru’s second largest city, police have clashed with protesters trying to storm the airport.

Also in southern Peru, multinational Glencore decided to temporarily close its copper mine in Antapaccay after protesters attacked the site.

Many demonstrators are demanding that Boluarte resign and call new elections, and that Castillo, her left-wing predecessor, be released from prison.

Boluarte has said she supports a plan for new elections in 2024, two years ahead of schedule, but protesters are unanimous in saying it is not fast enough, especially given all the deaths in recent weeks.

Much of the crisis revolves around demands for better living conditions that have not been met in the two decades since democratic rule was restored to Peru.