‘Losing her was losing a part of myself’: survivors recall Grenfell five years later 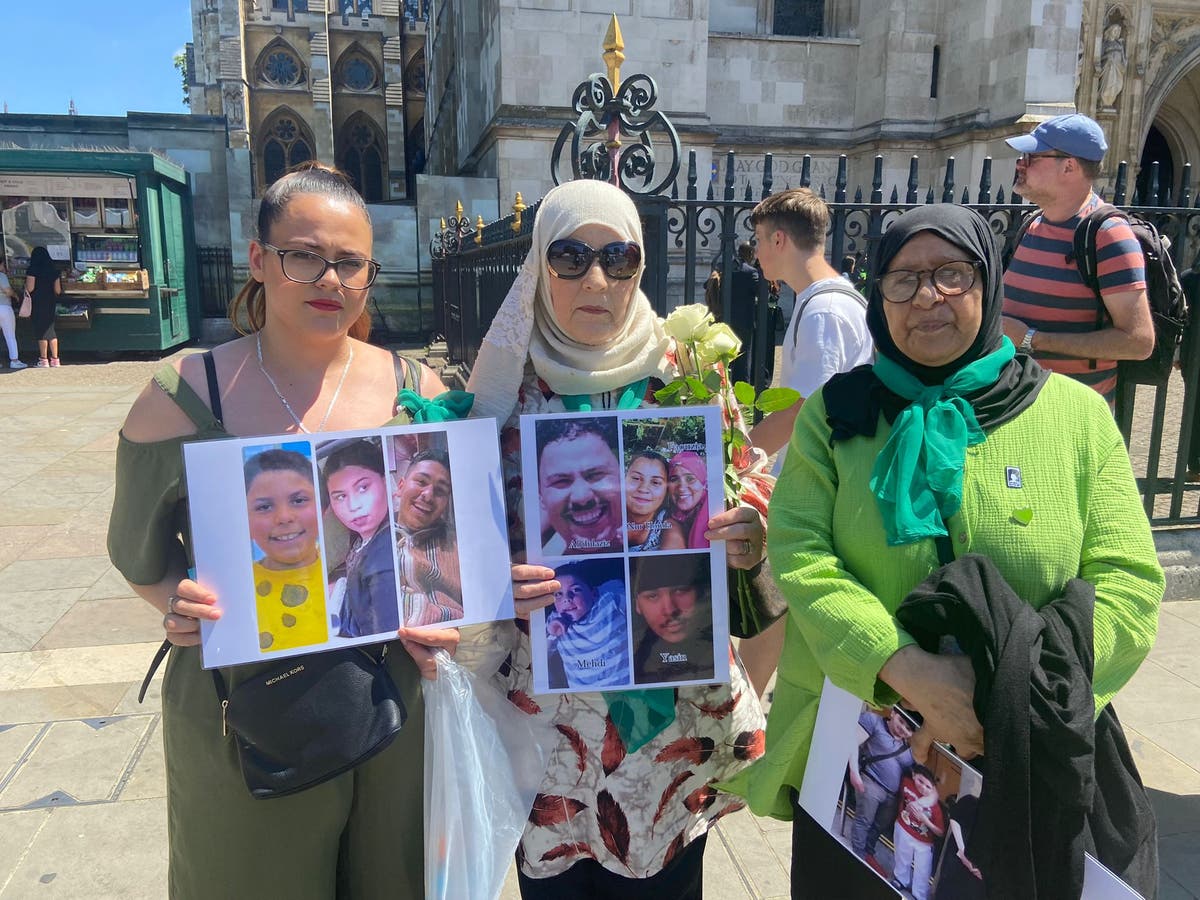 Mourners were united in sorrow and frustration today as they celebrated the fifth anniversary of the Grenfell Tower fire.

A memorial service was held to commemorate the 72 people who died in the 2017 tragedy, highlighting the UK’s serious fire safety problems.

Speaking at Westminster Abbey to parishioners, bereaved families and survivors of the fire, LatestPageNews heard about the ongoing fight for justice facing West London locals.

Ilyaas Sedraci was only 14 years old when he escaped the inferno, but five years later he says “every day is a struggle” since that traumatizing night.

“The only thing that touches me is when I’m reminded of who died – that’s what touches me,” Ilyaas said LatestPageNews.

“My life revolves around the tower; that’s where I grew up. I lost my people in the fire – not family but people close to me. I didn’t grow up with my dad, I was raised by certain men who lived in this building, so it was like losing a part of me.”

Despite the ongoing investigation into the fire, Ilyaas said nothing can ever be done to replace the lives of the dead.

“I just want to get on with my life. It may be impossible, but I’ll try.”

For some of the bereaved, the search for justice after the fire has taken them across continents.

Menana El-Wahabi was in Morocco when she saw the tower where her daughter and three grandchildren lived burst into flames. She has since migrated from the North African nation in search of justice.

“When it comes to every single monument, it’s really difficult because there’s so much broadcast about it in the news. Every time we watch the TV, we burst into tears. It feels like yesterday even though it’s been five years,” said Menana’s niece, Fahra Jniah LatestPageNews.

She added: “There is still no justice; People are still waiting. It’s so hard that five years later we’re still fighting.

“We had to listen to 999 tapes of our family yelling at the fire department, who told them to stay where they were, ‘We would have gotten out in time. They killed us.’

“We want people to pay for what they did.”

Farah said the memorial service, which was also attended by London Mayor Sadiq Khan and Kensington MP Felicity Buchan, was a beautiful tribute to the people killed in the fire. During the service, the names of the 72 deceased men, women and children were read by multi-faith leaders, with the congregation unanimously responding, “Forever in our hearts” after each name was read. That’s the phrase emblazoned on the top of the covered tower in north Kensington.

Fahra and her family condemned the businesses involved in managing the building, which are still operating as families mourn and await justice.

“Why aren’t these people punished? Why can they go home every day and have dinner with their families every day while we cry because we don’t have families anymore? An entire family of five was completely wiped out, and there are 72 families that have all disappeared because people were too lazy to do their jobs and tried to take shortcuts,” Fahra said.

Krysse Bonnett, who lives on the Lancaster West estate where Grenfell Tower is located, said the government is not acting fast enough to bring justice to the bereaved and survivors.

“We feel like it’s going to be stretched out. We want justice for the people who died in the tower,” she said.

The lifelong resident of the property added, “I don’t want to say I don’t have hope, but… sometimes you think negatively because you know we’re a minority.

“Things are not moving fast enough.”

Union leader Sir Keir Starmer tweeted: “Five years after the Grenfell Tower fire, we remember the 72 people killed. The Grenfell community is courageous in its quest for justice and change.

“We stand by them. To honor the memory of those lost, we must prevent such a tragedy from repeating itself.”

A spokesman for the Justice4Grenfell campaign group said: “Today we stand with the bereaved, survivors and the community of Grenfell. Forever in our hearts.

“The first duty of any government is to protect the lives of its citizens. From the right to life to the duty to provide adequate housing, these duties are enshrined in law and where government has failed and continues to fail.”