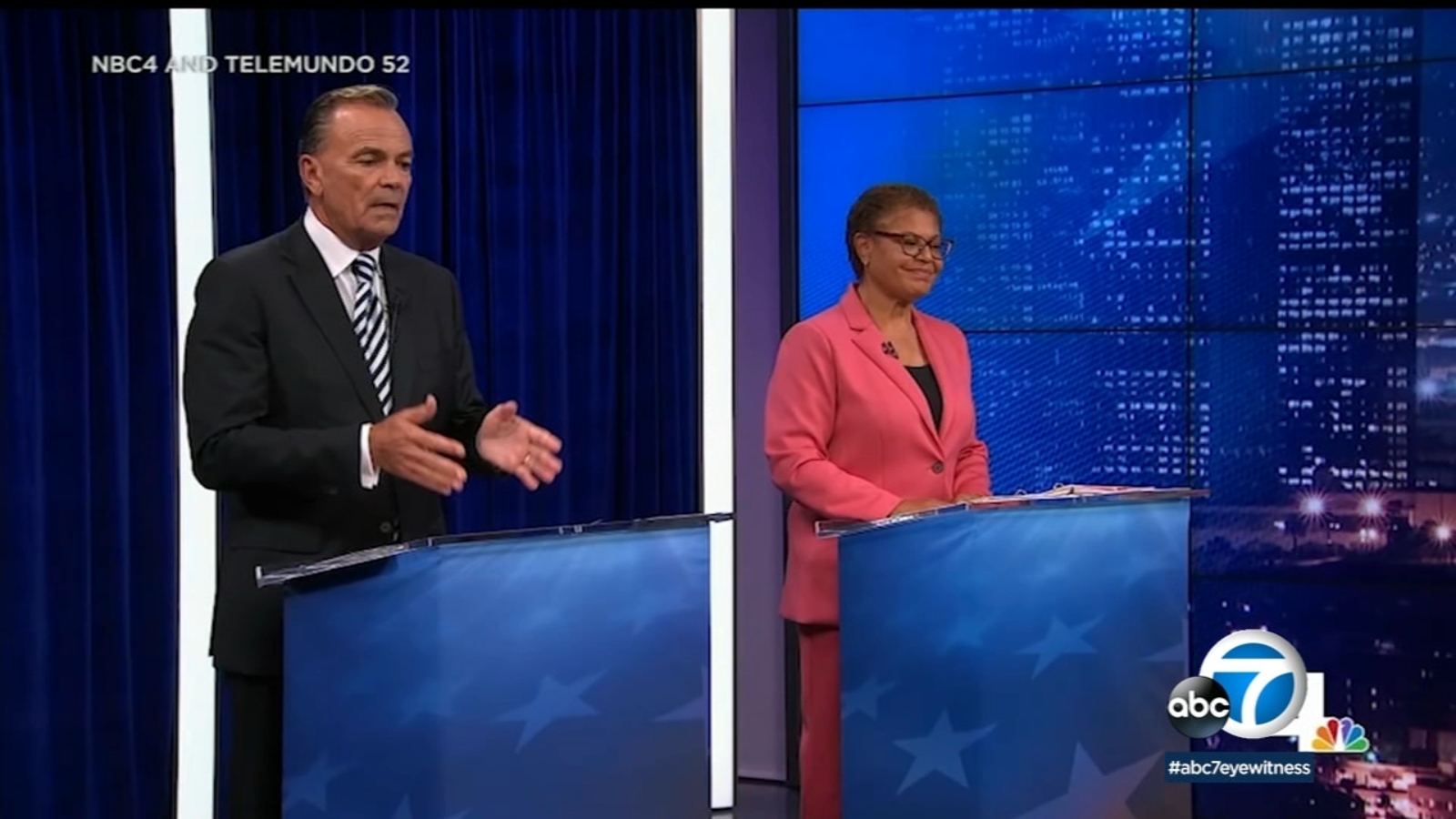 As Bass and Caruso conducted their debate, the city was rocked by revelations of racist remarks made during a recorded conversation held by several city council members and a local union boss.

Both candidates addressed the controversy head-on, calling for the need for reform at City Hall.

“There needs to be an investigation and these officers need to resign, but that’s not enough,” Bass said.

Caruso said, “I think there’s more we need to talk about — they went into a back room to carve up this town for their own interests.”

Caruso used the controversy to ask Bass about her own ethics in accepting a scholarship to USC.

“I think anyone who is under a cloud of corruption should not be qualified for a leadership position. Especially now,” Caruso said.

One of the most contentious moments of the debate was a discussion of the pledge not to raise taxes in order to fight the homeless. Caruso accepted the promise, but Bass did not.

Caruso said that means Bass wants to raise taxes, but the congresswoman said that’s not necessarily the case.

“It doesn’t,” Bass replied. She admitted raising taxes to help the homeless is one way, but would try other solutions first.