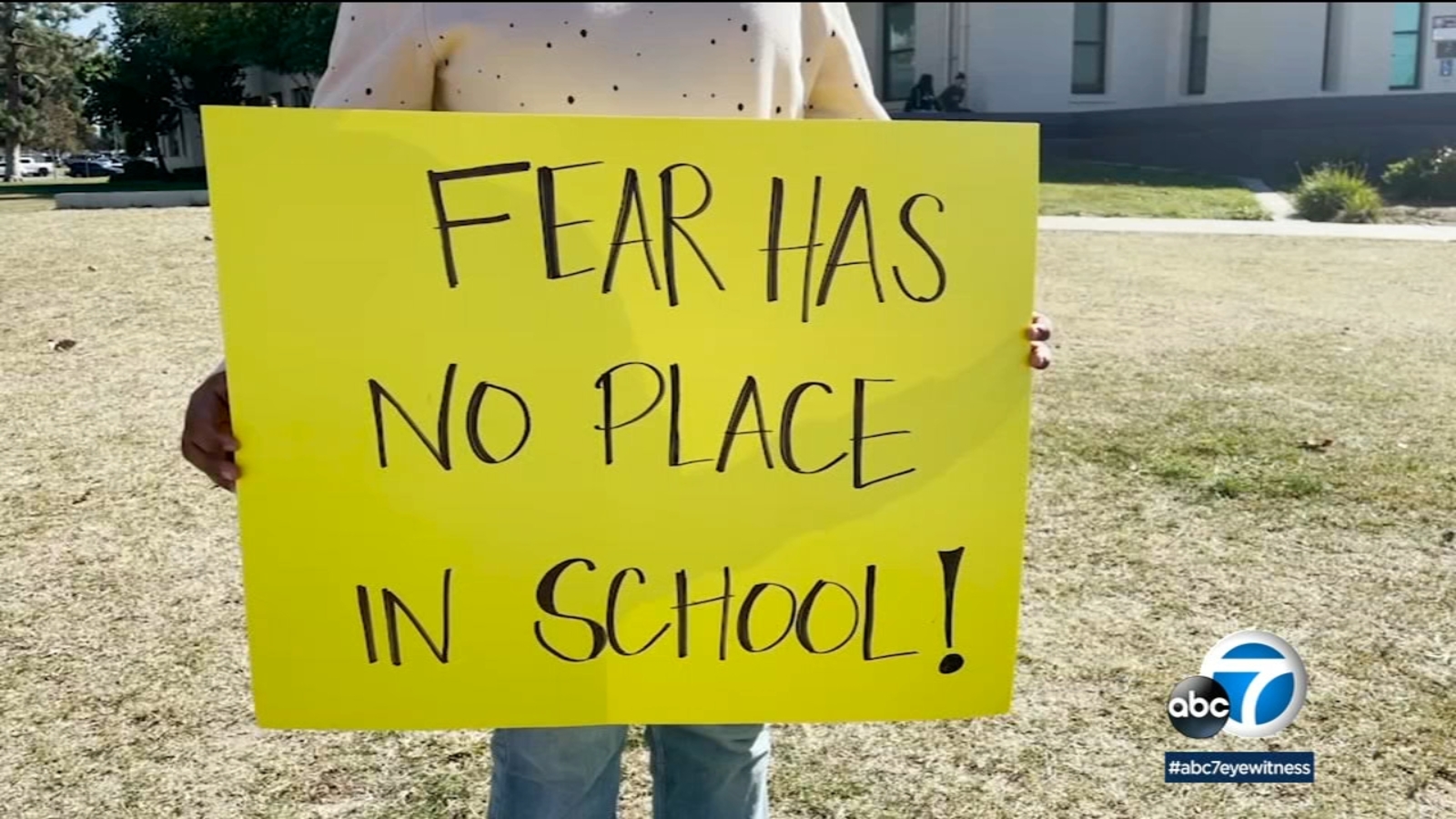 LONG BEACH, Calif. (KABC) — A Long Beach teacher has been accused of threatening students for bringing a gun into the school.

Elsa Barragan told Eyewitness News her nephew told her the teacher at Woodrow Wilson High School allegedly made a comment about bringing a gun onto campus.

Her family and friends held placards outside the school’s Long Beach campus on Friday to raise awareness of the matter.

“Mr. Hamilton just happened to join his group and just said the school was lucky they didn’t let him bring his 9mm Glock or he would have shot four students,” Barragan said. “After saying that, he pointed to his own forehead and said I shot her there.”

She said the comment was allegedly made on Wednesday, November 2.

Barragan said she reached out to the principals, including the principal and vice-principal, and also went to the school in person.

She said after feeling that not enough was being done, she took matters into her own hands and posted about the alleged incident on Instagram. The post has since received more than 5,300 likes.

“We want our children to come to school and feel safe,” she said. “They’re not supposed to feel uncomfortable or awkward about going to someone’s class.”

“We are aware of a social media post regarding what was allegedly inappropriate by a Wilson teacher. We’ve been investigating the matter since learning about it. At this point, the teacher concerned was placed on administrative leave pending the outcome of the investigation. Due to employee confidentiality laws, we are unable to comment further on the details of HR matters.”

The department told ABC7 that it is also investigating the incident.

“He’s not someone who should be teaching, period,” Barragan said of the teacher, who was not formally identified by officials.