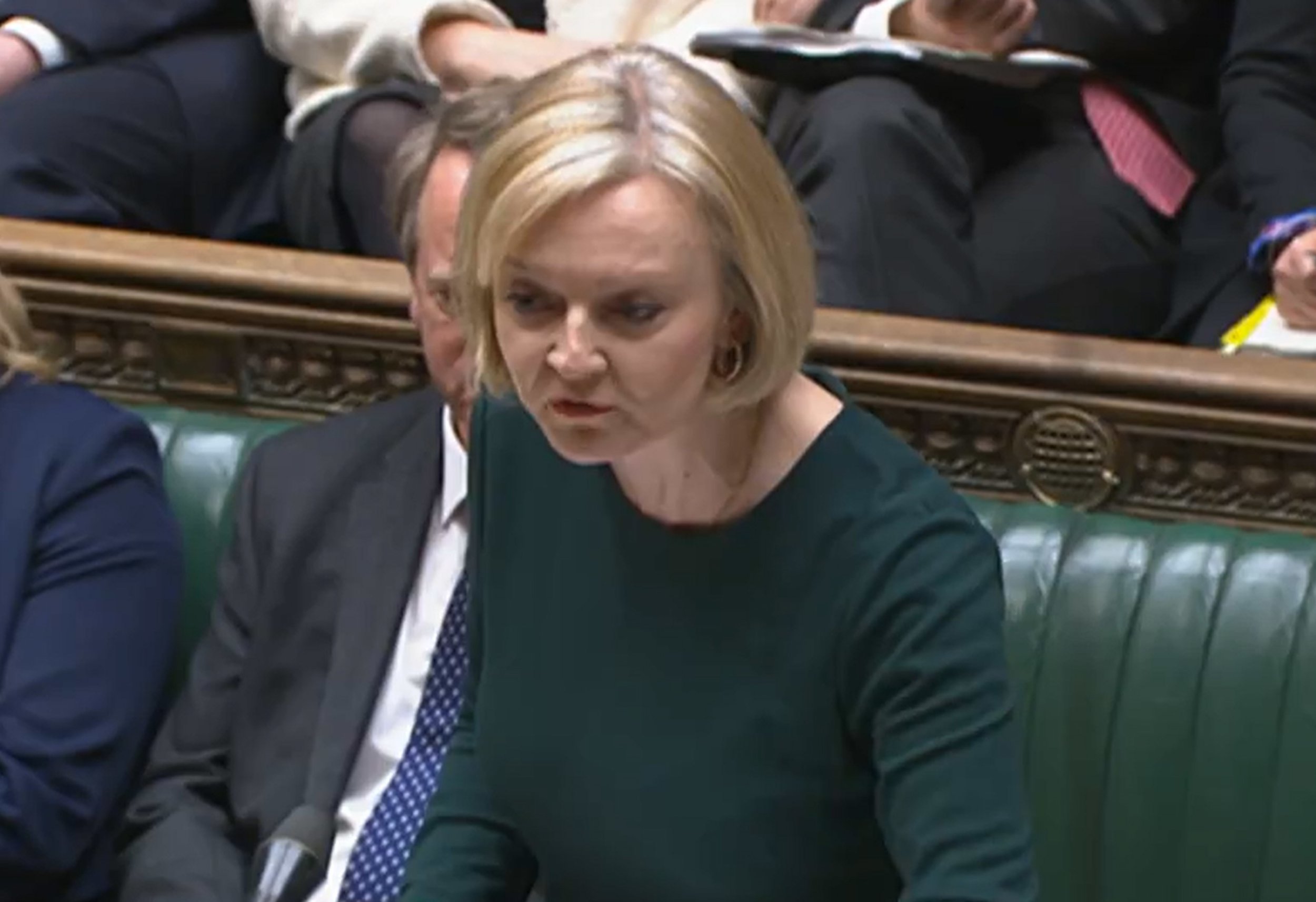 Ministers will tell consumers how to limit their energy use to keep costs down amid another apparent U-turn in government policy, Liz Truss has confirmed.

The Prime Minister told MPs that Energy Secretary Jacob Rees-Mogg was drafting plans to advise businesses and households on how to reduce their consumption.

It comes after widespread reports that Ms Truss dismissed Mr Rees-Mogg’s proposals to launch a public information campaign to avoid her government being seen as a “nanny state”.

Climate Secretary Graham Stuart said less than a week ago the government “would not be in the business of telling people how to live their lives”.

Asked if Brits should use less energy, he said: “We’re not sending that as a message.

“The last thing you want to do is tell someone to turn things off for national needs when it makes no difference to the national [energy] security position.”

But in another about-face, Ms Truss told the Commons that Mr Rees-Mogg is “working on a plan to help businesses and individuals use energy more efficiently”.

Her comments came as Conservative Guy Opperman (Hexham) called on the Prime Minister to launch “a nationwide mailing campaign” on energy saving.

“Can I urge you to start a nationwide mailing campaign to communicate what the government is doing to help people save energy (assisted) and in particular to start an energy saving campaign through the public sector so that we don’t do we go down the path of overspending on consumption and we reduce supply?”

Ms Truss replied: “Well, (he) is absolutely right and I know the Secretary of Energy is working on a plan to help businesses and individuals use energy more efficiently.

“We’re also working on this across the government, I was delighted to speak to my friend yesterday and I hope we can start that in Number 10 straight away.”

I understands discussions are ongoing within BEIS on how to run the campaign, which has been the subject of internal debates.

Jacob Rees-Mogg and junior minister Lord Callanan are believed to have campaigned heavily for the campaign, which is seen as a means of ensuring households understand ways to reduce their bills without cutting back on what is necessary.

A proposed line of a campaign is to encourage people to run dishwashers at night to make it cheaper, presumably for those with smart meters who log in to use off-peak energy, or those who buy Economy 7 -Take advantage of tariffs.

Meetings are being held today to finalize details, Whitehall sources said. MPs, including former Minister Guy Opperman, had encouraged the government to launch a public campaign after reports the idea had been scrapped.

Mr Opperman told the Sun last week that running such a campaign is “mature government” and that it is “simply wrong not to look at public spending on this issue”.