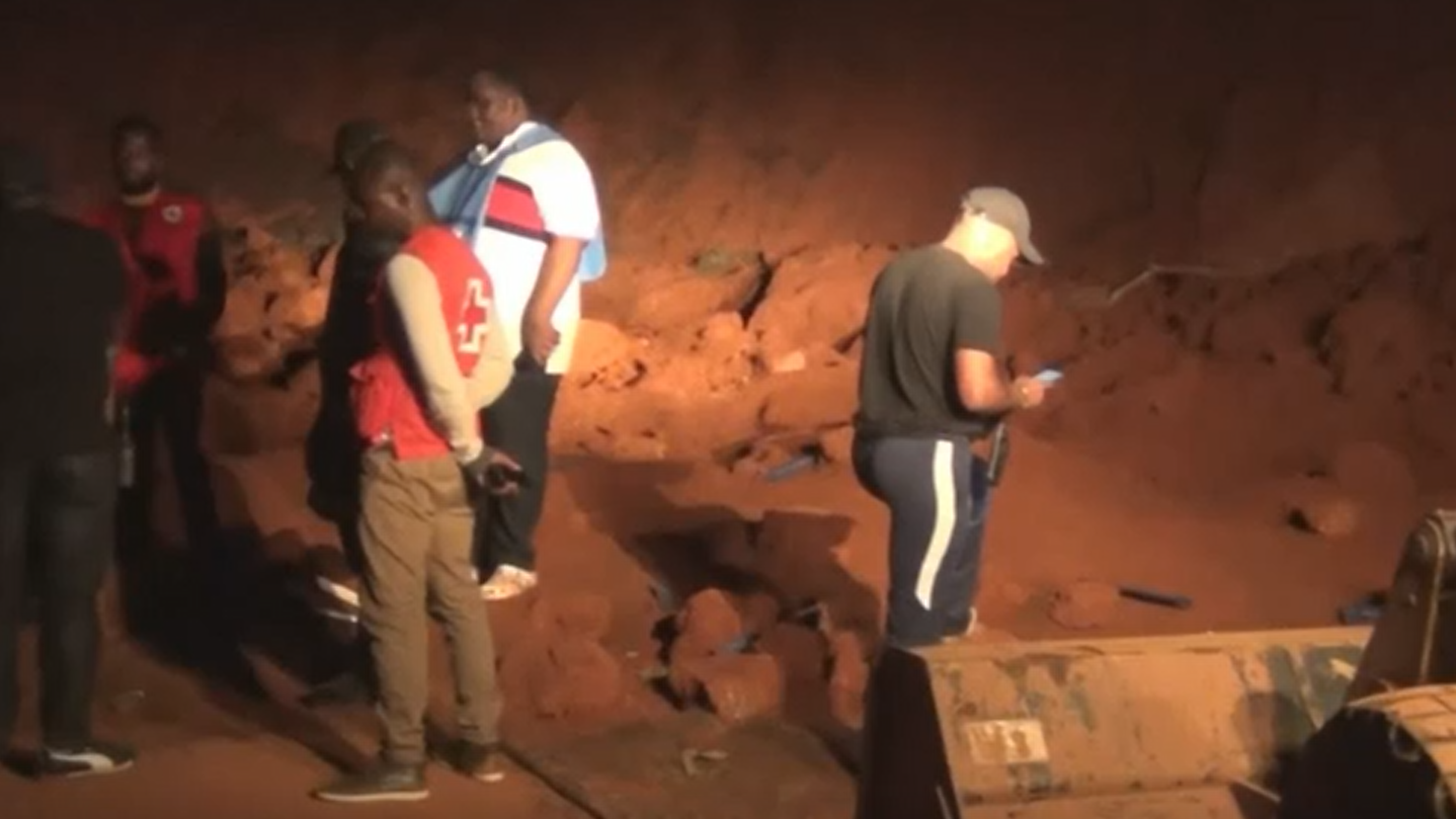 The tragedy happened on Sunday in the Damas district of Yaoundé. Dozens of people remain missing as rescue workers use flashlights to search the rubble.

The center’s regional governor Naseri Paul Bea told Cameroon’s national broadcaster CRTV that the search for survivors was continuing into the night.

“We counted 10 bodies at the scene, but four bodies had already been removed before we arrived,” he said. “There are also a dozen severe cases that are spread out in hospitals.”

The governor described the area where the landslide occurred, in the Damas district of Yaoundé, as a “very dangerous place” and he encouraged people to leave the area before the authorities intervene to clear it.

A video filmed by journalists at the scene showed blood and scattered clothing.

Emergency crews were filmed next to a large mound of earth next to an excavator.

The incident happened as dozens of people were attending a funeral at the base of a 20-meter-tall mound of earth. Reuters reported.

Around 2.8 million people live in the city of Yaoundé, which has a tropical, humid climate and a long rainy season.

There have been constant major floods throughout 2022, with scientists saying the heavy rains are exacerbated by climate change.