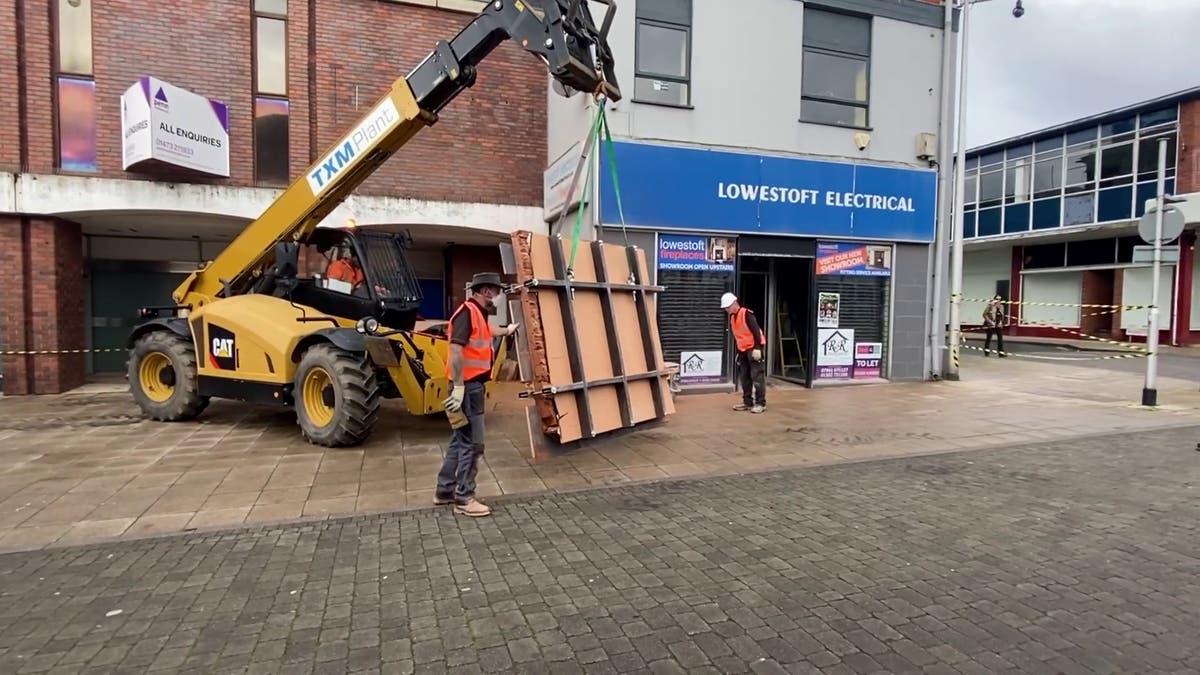 An entire wall of a mural by artist Banksy has been removed from the side of a shop in Suffolk.

The work of a child kneeling with a crowbar next to a sandcastle was cut from the wall of an empty shop in the seaside town of Lowestoft.

Pictures show a yellow telescopic handler removing the painted part of the wall that has been protected with a privacy screen and wooden boards.

Workers were then seen loading the slab onto a truck before it was taken to an undisclosed location.

It is still unclear whether the artwork will be auctioned, although other works by Banksy have sold millions of copies.

Some locals were dissatisfied with the development. Brandon Eames wrote on Facebook describing the removal as “stupidity” and “disrespectful”.

He wrote: “Now it is being sent to sell at a public auction. That’s awful. Why spend the money to protect it and then just take it away … “

“Remove a painted piece of art just because who did it … it’s a joke and should have been allowed. Set a bad precedent. “

In a statement, East Suffolk Council said: “We spoke to the landlord of this property who has confirmed that the artwork will be removed.”

Before the artwork arrived on the wall of the store, the building was initially on sale for £ 300,000. However, it was re-listed for £ 500,000 after Banksy confirmed the mural was his after a so-called “spraycation” on the east coast.

The street artist took on responsibility for 10 works around the coast in East Anglia in the summer.

Four murals appeared in Lowestoft, drawing crowds into town. That included the mural on the side of the shop, one near the train station, one in a park, and one on the beach.