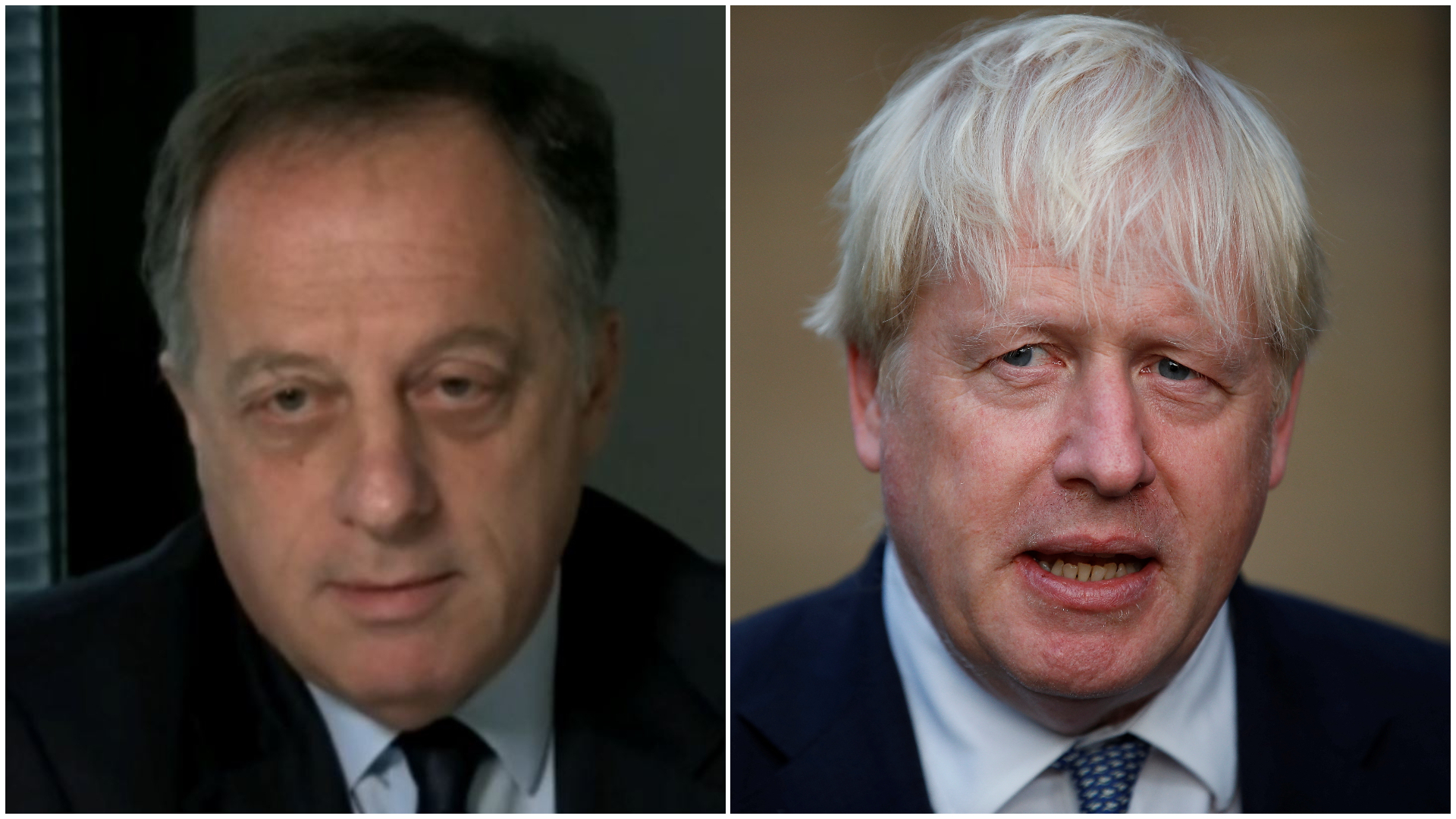 Labor are calling for an inquiry after claims the BBC leader helped Boris Johnson arrange a guarantee for a loan of up to £800,000 weeks before he was recommended for the job by the then Prime Minister.

The party has written to Parliamentary Commissioner for Standards Daniel Greenberg after it was reported in the Sunday Times that Tory donor Richard Sharp was involved in talks over Mr Johnson’s funding when he ran into financial difficulties in late 2020.

According to the newspaper, Mr Sharp introduced the Cabinet Secretary to Canadian multi-millionaire Sam Blyth, who had proposed to act as guarantor for the then Prime Minister on a loan facility.

The Sunday Times said Mr Johnson, Mr Sharp and Mr Blyth then had dinner at Checkers before the loan was finalized, although they denied the Prime Minister’s finances were discussed.

Mr Sharp, a former Goldman Sachs banker, was announced as the government’s choice to play the BBC in January 2021.

A spokesman for Mr Johnson dismissed the report as “rubbish” and insisted his financial arrangements were “properly explained”.

“Richard Sharp has never advised Boris Johnson on any financial matter, nor has Mr Johnson sought financial advice from him,” the spokesman said.

Speaking of Mr Johnson’s private dinner with Mr Sharp, an old friend, and Mr Blyth, a distant relative, the announcer said: ‘So what? Big thing.”

Mr Sharp told the Sunday Times: “There is no conflict if I simply connected Mr Blyth to the Cabinet Secretary at his request and had no further involvement.”

A BBC spokesman said: “The BBC has no role in the recruitment of the Chair and all questions are a matter for the Government.”

In the letter to Mr Greenberg, Labor Party leader Anneliese Dodds called for an “urgent investigation” as she cited MPs’ code of conduct that “holders of public office should not expose themselves to any obligation, financial or otherwise, to any person or entity outside the could affect the performance of their official duties”.

She told the Standards Commissioner she was concerned that Mr Johnson “may have breached this section by asking a person to facilitate a guarantee on a loan he would later appoint to a senior public role”.

“The lack of transparency, like that raised with Mr. Blyth, can give the impression that this was a quid pro quo arrangement,” she added.

It comes after Labor earlier this week called for an inquiry into reports that Mr Johnson had put up $50million of Mr Blyth as guarantor on an £800,000 loan facility.

Ms Dodds expressed concerns that none of the alleged agreements were properly explained.

She said: “The financial affairs of this disgraced former Prime Minister are becoming increasingly murky, dragging the Conservative Party deeper into yet another swamp of filth.

“Serious questions must be asked of Johnson: Why was this money never declared, and what exactly did he promise these very generous friends in exchange for such lavish loans?”

It comes after Latest Page News revealed that the Government’s decorum and ethics team raised the issue of Nadhim Zahawi’s tax affairs directly with Mr Johnson before he was appointed Chancellor.

Mr Zahawi has admitted he made a severance payment to HM Revenue & Customs following a “negligent and unintentional” tax error related to his father’s involvement in YouGov.