Kyle: The government needs to find ways to bring political parties together 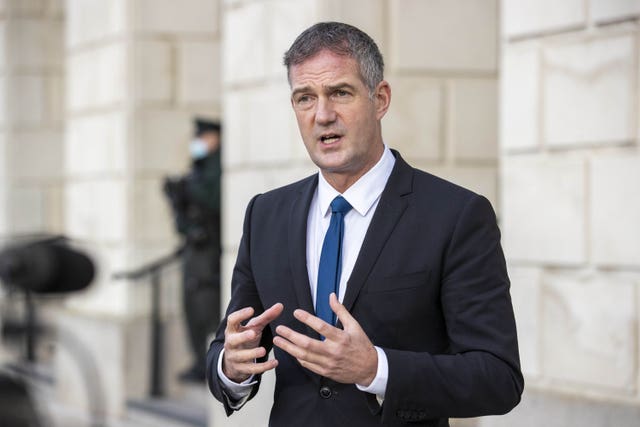 Northern Ireland Shadow Minister Peter Kyle said the region had borne the brunt of months of chaos within the Conservative government.

He told the Irish Trades Unions Congress (ICTU) biannual conference of delegates in Co Fermanagh that the policy “hurts” in Northern Ireland.

The Labor MP said: “The Assembly and the Executive are on rest. The gap between communities is widening, progress has stalled.

“That should worry us all and would spur any decent government to act. But not this one.

“The people of Northern Ireland deserve a government in Westminster that fights for them, not against them.

“That is what you will get with a Keir Starmer-led Labor government because for us Northern Ireland will never be an afterthought. It will never be a bargaining tool.

“But with this Conservative government, it’s a different story.

“For months after the collapse of the Northern Ireland executive there was no visit from the Tory Prime Minister, no multi-party talks at Downing Street, not even a single statement to the House of Commons.

“While Prime Ministers and Tory secretaries come and go, Northern Ireland bears the brunt of their chaos and neglect.”

The Stormont institutions collapsed earlier this year when the DUP withdrew its support amid a protest against the post-Brexit Northern Ireland Protocol, which has led to checks and controls on some goods entering the region from Britain.

Mr Kyle said it was a “pathetic failure” that the Government had not done more to restore Stormont.

“The Foreign Secretary needs to turn a page and find new ways to bring Northern Irish parties together and out of the cold because Northern Ireland can’t afford any more of it.”

Mr Kyle also told the conference that the Stormont collapse was affecting public finances and called on the Government to provide clarity on when a £400 energy support payment would be made available to consumers in Northern Ireland.