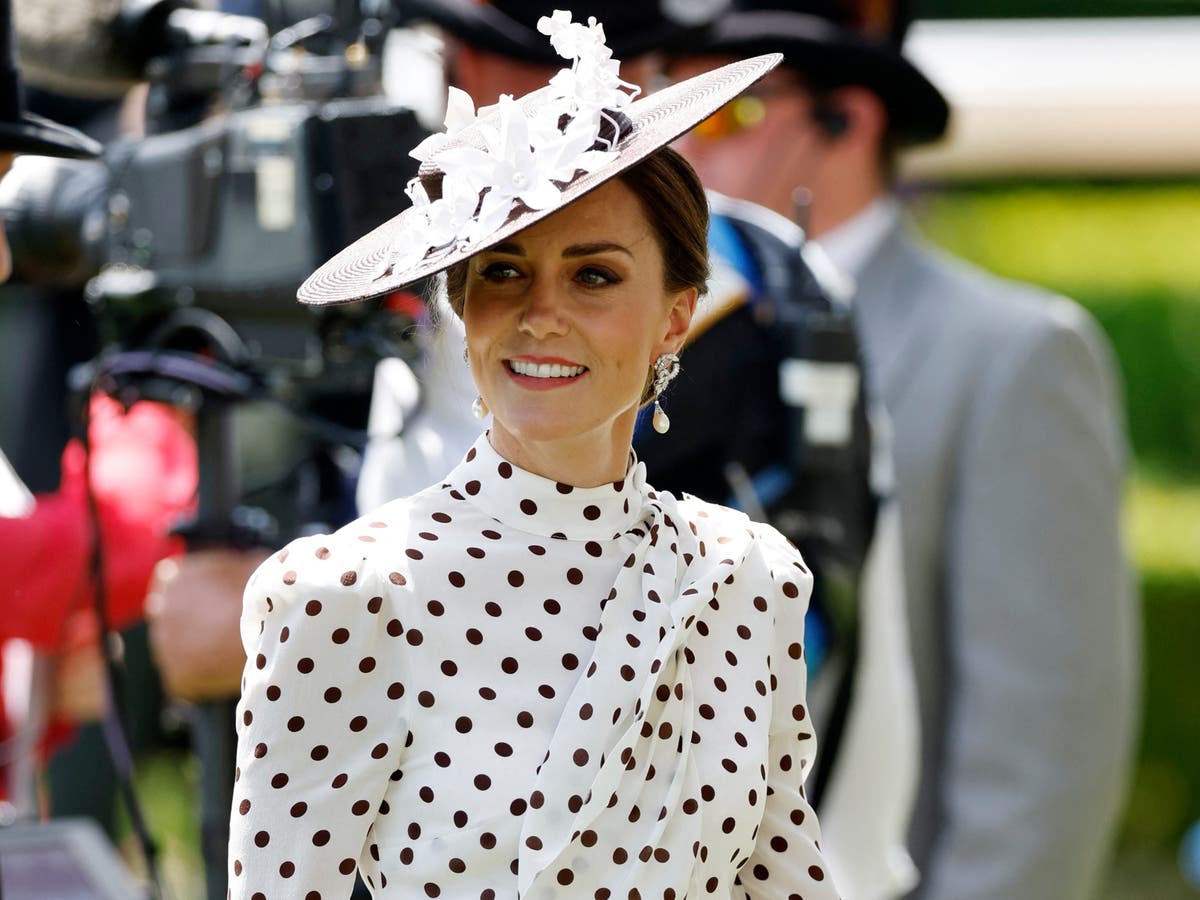 The Duchess of Cambridge channeled Julia Roberts’ Pretty Woman character at Friday’s Royal Ascot races as she donned a polka dot dress for the procession of the royal carriage.

Kate Middleton wore a white polka dot high neck dress for the occasion and paired it with a brown hat with a white floral detail.

In the 1990 film, Roberts’ character Vivian wears a brown polka dot dress with a white hat and brown ribbon to the races.

Kate’s exact Alessandra Rich dress isn’t available to buy, but the designer has a number of other similar styles to shop for. This polka dot wrap dress (£1,205, Farfetch.com) is made from silk and shares the same silhouette as Kate’s. Alternatively, for a mini, opt for this ivory polka dot silk dress (£889, Harveynichols.com).

Kate was joined by Prince William in the lead carriage and the couple were followed by a carriage carrying Peter Phillips and his girlfriend Lindsay Wallace.

It is only the fourth time that the Duchess has competed in the famous races. She made her debut in 2016 and has also attended Ascot in 2017 and 2019.

Temperatures at the racetrack are expected to reach 31C but are likely to feel hotter.

In response to the UK heatwave, organizers have announced that the normally strict dress code will not be enforced and race-goers will be allowed to remove jackets and ties.

A Royal Ascot spokesman said: “This is all to do with safety considerations and guests are welcome to bring soft drinks and water to stay hydrated and comfortable in this beautiful weather.”

Kate joins the likes of Carrie Johnson, who was also spotted at the races today.

The PM’s wife looked ready for the heat in a sleeveless cream dress and a hat with horse racing motifs on the top.

Pictures show Meghan in a black blouse with white polka dots, white shorts and a wide-brimmed black hat, prompting viewers to draw comparisons between her and Roberts.