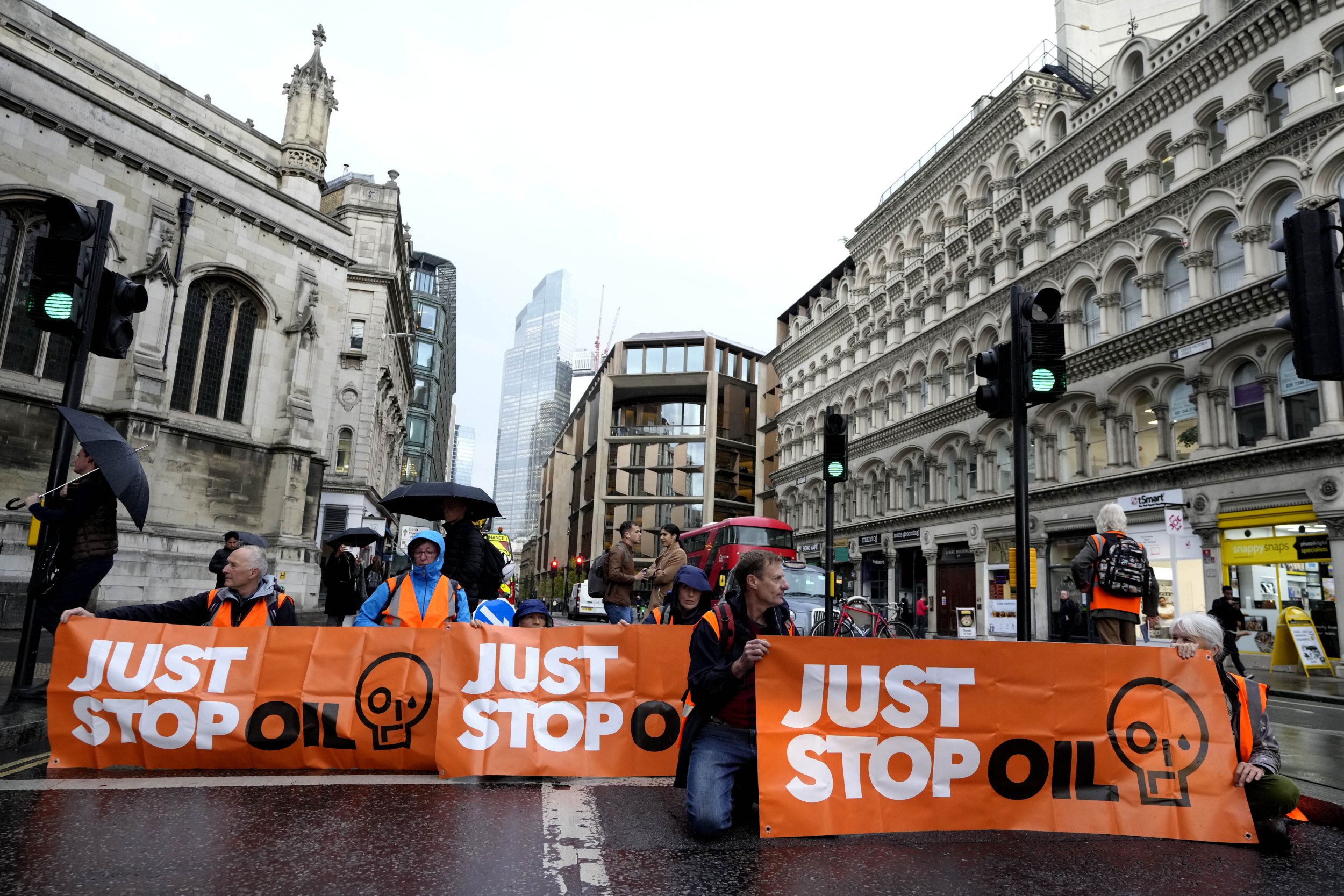 Just Stop Oil is poised to launch a wave of more measures aimed at causing disruption in the run up to Christmas.

London’s Metropolitan Police Force said it had specialist officers on standby and was “fully prepared” ahead of the group’s latest campaign, which is expected to start on Monday and last through November 28 to December 14, all address disruptive activities in London.

In a change of tactics, the group is said to be “swarming and blocking” roundabouts to cause “maximum disruption” rather than blocking the M25 motorway.

Planning documents unearthed by The Sunday Mirror Reveal the group plan to “march as slowly as possible in multiple teams and timed phases from key roundabouts” during the morning rush hour.

“We are aware that they will cause further disruption in London in the run up to Christmas from 28 November to 14 December. But we are fully prepared again.

“We have a highly experienced team with robust policing operations to respond quickly and effectively to any incident of major disruption in London. We also have Special Officers on hand to handle a range of tactics including sophisticated lock-on devices.

“We will always try to work with the organizers to ensure the protests can proceed safely. However, Just Stop Oil does not contact the police in advance to say where they might be protesting or how many might be involved.

“Because their actions are spontaneous and could take place anywhere in the capital, we need to deploy more officers to respond, whether an action takes place or not.

“I fully understand the public’s frustration and anger at being seriously disrupted by a relatively small number of protesters and their deliberate tactics.

“Activists affect people’s businesses, their lives, whether it’s on the way to the doctor, to that long-awaited hospital appointment, on the way to work, to job interviews or to pick up children.

“So I’m urging the organizers of Just Stop Oil again to work with us to minimize the disruption to Londoners.”

Ms Findlay reassured the public that the Met will continue with its “core business” while managing the protests.

“Where activists cross the line into crime, the Met will provide an appropriate police response,” she said.

“We will arrive quickly, deal with the situation efficiently, remove and arrest activists as necessary and get things back to normal as soon as possible. Please don’t take matters into your own hands.”

In October and November, the force arrested 755 Just Stop Oil activists and charged 182.

“We are determined to bring to justice all those activists who disrupt or damage London,” Ms Findlay added.

“We are working closely with prosecutors and the courts to ensure this happens.”

Amid the wave of protests, Home Secretary Suella Braverman is expected to meet with police chiefs and “set out government expectations that police must fully enforce the law” when it comes to disruptive protesters – having been given sweeping powers to do so.

A government source said the post on Sunday that Rishi Sunak “was clear that ordinary people need not suffer at the hands of demonstrators exercising their right to peacefully protest”.

They said: “It is clear that more can be done on enforcement.

“The Prime Minister would like the College of Policing’s Public Order Guidance to be updated to reflect the additional powers conferred on the police by the Police, Crime, Sentencing and Courts Act and to clarify how the police will exercise those powers should use.

“If necessary, he is open to exploring how a code of conduct could help ensure the right balance is struck between the ECHR and police powers.”