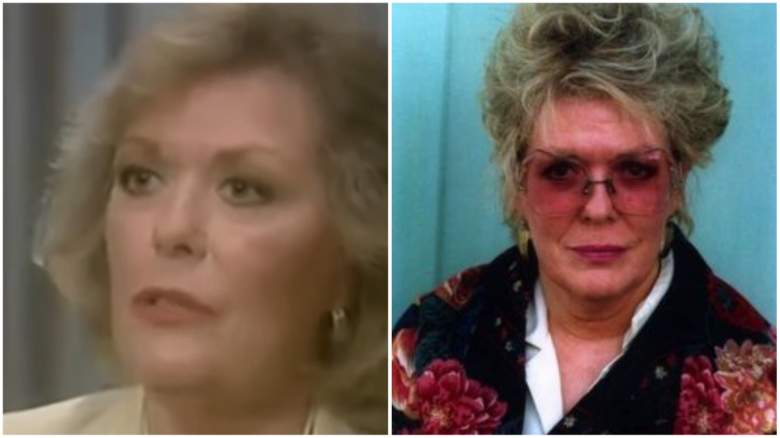 Joyce Flint was the mother of serial killer and cannibal Jeffrey Dahmer.

According to FindaGrave, her full name was Joyce Annette Flint Dahmer and she was nicknamed “Rocky.”

Flint died relatively young from cancer. Before her death, Dahmer’s mother gave several interviews in which she described what it was like to be the mother of a notorious serial killer.

According to OnMilwaukee.com, Flint “moved to California after her divorce from Jeffrey Dahmer’s father, Lionel, in the late 1980s.”

According to the Los Angeles Times, the divorce was bitter. “Their divorce was granted on July 24, 1978, after each accused the other of ‘extreme cruelty and gross dereliction of duty,'” the newspaper reported.
The couple had two children – Jeffrey and his brother David.

According to The Associated Press, police had been investigating domestic disputes between the parents.

“I know it sounds weird, but he didn’t mean to hurt anyone,” Flint said in a Hard Copy interview.

Lionel Dahmer remarried and wrote a book about his son.

“She ran a nursing home before becoming a case manager for the Central Valley AIDS team in 1991,” reported OnMilwaukee.com. “She worked in the HIV and AIDS treatment field in the Fresno area.”

The Los Angeles Times reported, “A Wisconsin native with a master’s degree in counseling, Flint moved to Fresno in the late 1980s, where he managed a retirement home before becoming a case manager for the Central Valley AIDS team in 1991.”

That was the year her son was arrested.

“She was enthusiastic and she was compassionate, and she turned her own tragedy into being able to have a lot of empathy for people living with HIV,” said Julio Mastro, executive director of an HIV community center in Fresno, according to The Los Angeles Times.

According to OnMilwaukee.com, Flint died of breast cancer in 2000. She was 64 years old.

According to United Press International, Flint had attempted suicide in 1994.

According to UPI, Flint was “found lying face down in her kitchen on Tuesday, after turning on her gas oven and leaving the door open.”

Flint left a note that read, “It’s been a lonely life, especially today. Please cremate me. I love my sons Jeff and David.”

According to The Los Angeles Times, Dahmer insisted the serial killings weren’t Flint’s fault, calling her a great mom.

Dahmer’s attorney, Gerald Boyle, revealed that Dahmer used this to describe his mother.

“It was clear that she was not responsible. . . . She had to live with the idea that she was the mother of a monster and it freaked her out,” Boyle said, according to The Times.

“I still love my son. I never stopped loving my son. He was a beautiful baby. He was a wonderful kid. He was always loved,” Flint told Hard Copy.

When she got home one day, a friend from Ohio called and “had trouble telling me why they wanted me to watch TV.” She said she figured it out like everyone else.

Her friend told her, “Jeffrey’s in trouble.” Flint said, “What kind.” The boyfriend said, “Bad trouble.”

Flint said Dahmer was a “victim” of a “compulsion.” She added, “I knew I was doing a good job as a parent. I knew this had to come from something outside of Jeff.”