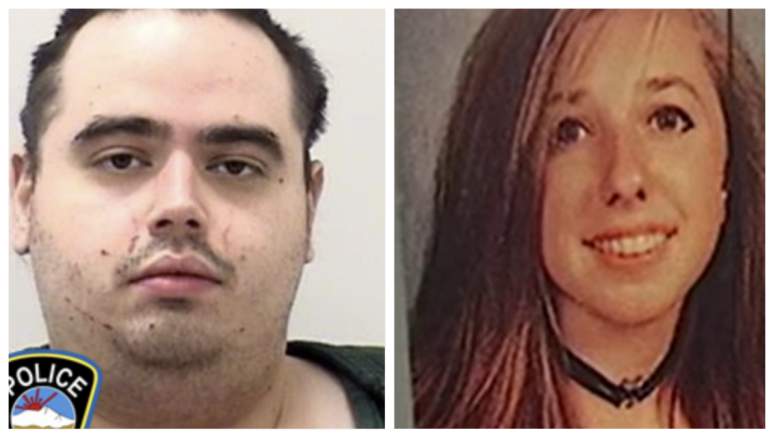 Johnson, 28, was an associate of Whitelaw at the Colorado Springs Walgreens who is accused of becoming jealous when she turned down his advances.

Read the police affidavit against Johnson here. What was her cause of death? neck trauma.

The Colorado Springs Police Department says it happened on Saturday, June 11, at the Walgreens on Centennial Boulevard.

At 6:55 p.m. on Saturday, June 11, 2022, the Colorado Springs Police Department received an emergency call from the Walgreens at 6820 Centennial Boulevard in the city of Colorado Springs.

One of the store’s managers said he found a body in the break room and “there was blood everywhere.”

When officers arrived, they found Whitelaw’s body on the floor of the employees’ break room. She had suffered significant trauma to the neck area. There was a large amount of blood on the floor around the victim’s head, and significant bloodstains were visible on the cabinets and counter in the break room. Police found an ID card and a radio receiver on the ground by her feet, but no signs of life.

The manager, Justin Zunino, told police he was contacted by another manager, Crystal Ishmael, around 5:30pm when Crystal noticed that Whitelaw, 17, was not returning from a break. He returned to the store just after 6 p.m. and viewed surveillance video.

He explained that the video showed an employee named Joshua Johnson “stacking trash cans in front of a security camera
until it blocked the camera’s view,” the affidavit reads.

The manager stated that “someone taped paper over windows in the break room area. The “toilet closed” sign was in the area to keep people out, which doesn’t typically happen before closing time,” the affidavit reads.

The manager then began checking the break room area. “He opened the door and saw Whitelaw lying on the floor. There was blood everywhere and he didn’t enter the room.”

The manager “said Riley complained about Joshua about a year ago because he made advances towards her and she felt uncomfortable about it,” the affidavit reads.

A few weeks before her death, Whitelaw “requested a different schedule because she was uncomfortable with Joshua. When she made another request for additional hours, she was told it would require working with Joshua.”

“Crystal said she noticed that Joshua seemed jealous. Crystal said while they were looking for Riley, she checked outside by the dumpster. She smelled a strong odor of bleach in the area,” the affidavit reads.

She tried to open the door and “heard a male voice saying he was going to change. She could see feet under the door so she went and told Mr. Zunino.”

When he went to the dumpster, the male was gone, but an empty bottle of bleach was observed in the dumpster.

Elisha Schwenke, a customer at Walgreens at 5:44 p.m., said she was in the deodorant aisle and heard a woman scream. She thought she heard cabins banging. She “thought she couldn’t hear what she was thinking, so she bought her stuff and left. A little later, as she drove by and watched patrol officers, she stopped to tell them what she had heard.”

Johnson was contacted by Colorado State Patrol Troopers while walking down Interstate 25 near Trinidad, Colorado. He had scratches on his hand and face and was taken into custody, the affidavit said.

In an interview, Johnson “once admitted he had a crush on Riley. He stated that he no longer had a crush on her because he was intimate with Crystal.

The affidavit states that Crystal did not mention any relationship with Joshua.

“Joshua admitted to being in the break room and said he fell in love. Joshua admitted he was the person Crystal spoke to at the Dumpster and he tried to leave. He went home immediately after “that happened” and took off his clothes, which were bloodied,” the affidavit reads.

According to the affidavit, he denied stacking the containers on camera, although it can be seen on video.